A group of epidemiologists are advocating for the increased visibility of, and focus on, Arab Americans in discussions about mental and physical health issues in the U.S., in an article published in the American Journal of Preventative Medicine.

"There is no checkbox for Arab/Middle Eastern origin in medical and public health studies, and there is no Arab American identifier on the U.S. Census," said Connell School of Nursing Assistant Professor Nadia Abuelezam, lead author of the article "Arab American Health in a Racially Charged U.S."

The article co-authors are Dr. Abdulrahman M. El-Sayed, who served as director of the Detroit Health Department, and Dr. Sandro Galea, Robert A. Knox Professor and Dean at the Boston University School of Public Health.

Abuelezam noted that their article was published during the period that the Office of the Management and Budget has requested public comments about the addition of a Middle East and North Africa (MENA) category to the U.S. Census. The addition of the MENA checkbox as an ethnicity category on the Census and other federal forms will help address the Arab American community’s concerns regarding access to health, social services, and civil rights protection. 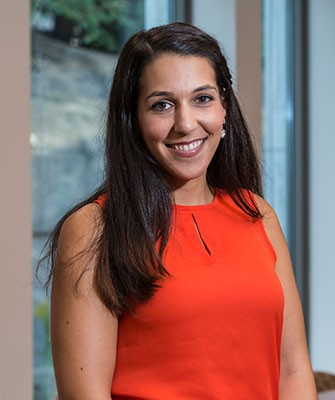 According to Abuelezam, the absence of a checkbox has implications for funding for researchers like her and others who want to study and assist this population. "Since Arab Americans are not a part of a recognized minority group, researchers interested in studying this population cannot access grant funding dedicated to the study of ethnic minorities."

Given the current social and political climate in the U.S., a better understanding of the mental and physical health needs of the broader Arab American population is needed, according to the article's authors.

The impact of stigma, discrimination, and stress has been studied in other populations in the U.S., such as African Americans, Hispanics and Native Americans, note the authors, but not on Arab Americans.

Although there are approximately 3.7 million Arab Americans in the U.S., there has not been a single prospective study examining the health needs of this population.

Abuelezam said that recent waves of immigrants from the Middle East face compounding stressors given that many have fled areas of war or political instability. Media portrayals and foreign policies can make their acculturation more difficult than other ethnic groups.

"Arab Americans are visible in bad ways, but are invisible in many other ways," said Abuelezam, an American-born daughter of refugees with origins in the Middle East. "I hope these efforts to increase Arab Americans' visibility go a long way to relieving some of that tension."

Ensuring Arab Americans receive improved quality of care and equal attention as other ethnic minorities requires studies to understand their needs and the long-term impact of political instability and discrimination on this population, say the authors. This understanding is predicated on improved identification of this group in medical public health survey and the US Census.