Bullying extends far beyond schoolchildren, according to BC sociologist Charles Derber's new book.

Donald Trump has been called a bully by the press, politicians, and pundits. Professor of Sociology Charles Derber, co-author of the new book Bully Nation: How the American Establishment Creates a Bullying Society, has a more nuanced take on Trump.

“Donald Trump is a product of a bully nation,” said Derber. “He’s an extreme example of it, but he exposes and reflects our larger, bully culture.” 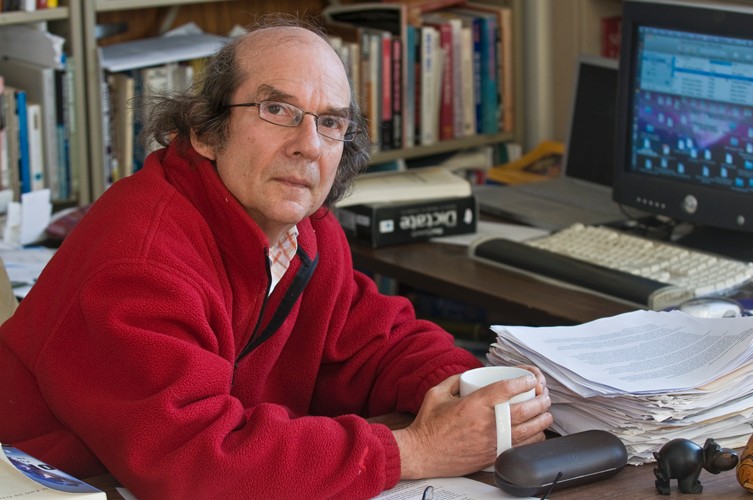 In their book, Derber and co-author Yale Magrass of the University of Massachusetts-Dartmouth argue that it is a mistake to think of bullying as only a problem among schoolchildren.

“We want to change the way people think about bullying,” said Derber. “Our argument is that bullying is not just a kid’s thing. It’s much bigger; it’s an adult thing. Also, we make the point that institutions, not just individuals, can bully.”

Their theory is based on the concept of the sociological imagination, conceptualized by 20th-century sociologist C. Wright Mills, which suggests that private problems are public issues.

“Individuals live in a social environment and the values of the society and the institutional structures of that society have an enormous role in shaping what individuals do and what they think,” said Derber. “In other words, problems that people experience personally are always connected to large-scale public problems which are baked into the social order.”

Bullying arises out of power inequality. “The more a society is organized around very steep hierarchies of power, based on gender, race, sexual orientation, or economics, then the more we expect that bullying is going to be a problem in that society,” said Derber.

In Bully Nation, the authors apply the sociological imagination to argue that bullying is not limited to a personal, psychological issue but is a structural problem of our highly militarized, capitalistic society.

“The bullying strain is very profound due to the institutional realities of our society,” said Derber. “As a country, we have made it pretty clear that we are going to use whatever means necessary to secure our strategic interests.”

The authors say bullying can be easily found in the U.S. economy, political/military order, and culture. Large corporations, government, and the military all perpetrate vast bullying. They give examples of the corporate bullying of workers, consumers, and animals for slaughter; military bullying of weaker nations, and government and police bullying of immigrants and prisoners.

Derber suggests the anti-bullying movements that have arisen in recent years, while important, need to have a wider angle of vision—incorporating political, economic, military, sociological, and environmental structures.

Bully Nation is the latest in a long list of books written or co-written by Derber that tackle the fallout from economic inequality in America. His other titles include Corporation Nation: How Corporations are Taking Over our Lives and What We Can Do About it; People Before Profit: The New Globalization in an Age of Terror, Big Money, and Economic Crisis; and Greed to Green: Solving Climate Change and Remaking the Economy.

Derber admits that bullying cannot be eliminated, but he contends the extreme nature of the power inequality in America can be addressed and that would go a long way in reducing bullying. He points to research showing that bullying of kids is much lower in more egalitarian countries such as Sweden and Denmark.