Artwork by a former child soldier in Sierra Leone.

Nearly two decades removed from a brutal civil war that made them both captives and combatants, many of the former child soldiers of Sierra Leone have gradually earned greater acceptance from families and communities as they try to overcome their childhood trauma, according to a sweeping new report on their adult lives from a team led by Boston College researchers.

Former child soldiers experience mental health problems as a result of their experiences, but earning acceptance from families and communities shapes the lives of these men and women and shows promise to help them to continue to improve emotionally and socially, according to the groundbreaking study, published in the online edition of Journal of the American Academy of Child and Adolescent Psychiatry.

It may take a greater focus on family- and community-based approaches to help former child soldiers achieve social reintegration, according to the co-authors, a group of professors and researchers from Boston College, the Eunice Kennedy Shriver National Institute of Child Health and Human Development, Harvard’s T. H. Chan School of Public Health, and Child Trends of Bethesda, Md. 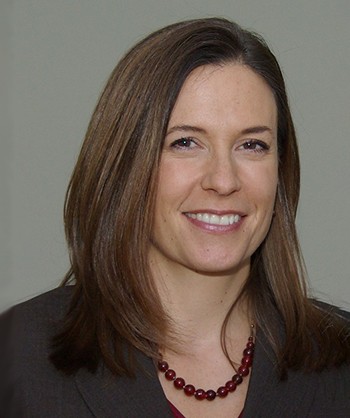 “Not only were child soldiers exposed to horrors during the war, but when they returned to their families and communities stigma was one of the biggest barriers to overcome. We set out to study the effects of the post-war environment on these already-vulnerable youth,” said lead author and Boston College School of Social Work Salem Professor in Global Practice Theresa Betancourt, one of the project’s founding researchers.

During the 11-year civil war, several warring factions abducted children and forced their involvement in armed groups. An estimated 15,000 to 22,000 boys and girls of all ages were subject to repeat sexual violence, forced use of alcohol and drugs, hard physical labor, and acts of violence until the war ended in 2002.

The Longitudinal Study of War-Affected Youth interviewed 500 former child soldiers beginning in 2002 and periodically through 2016-2017, the latest survey of these individuals.

The grim statistics of their lives under the control of rival warlords recalls the grisly nature of the conflict in Sierra Leone. The average age of the respondents is now 28. More than a quarter of them reported they had killed or injured others while conscripted. Nearly half of the women surveyed and five percent of the men reported having been raped. Thirty-two percent reported the death of a parent. 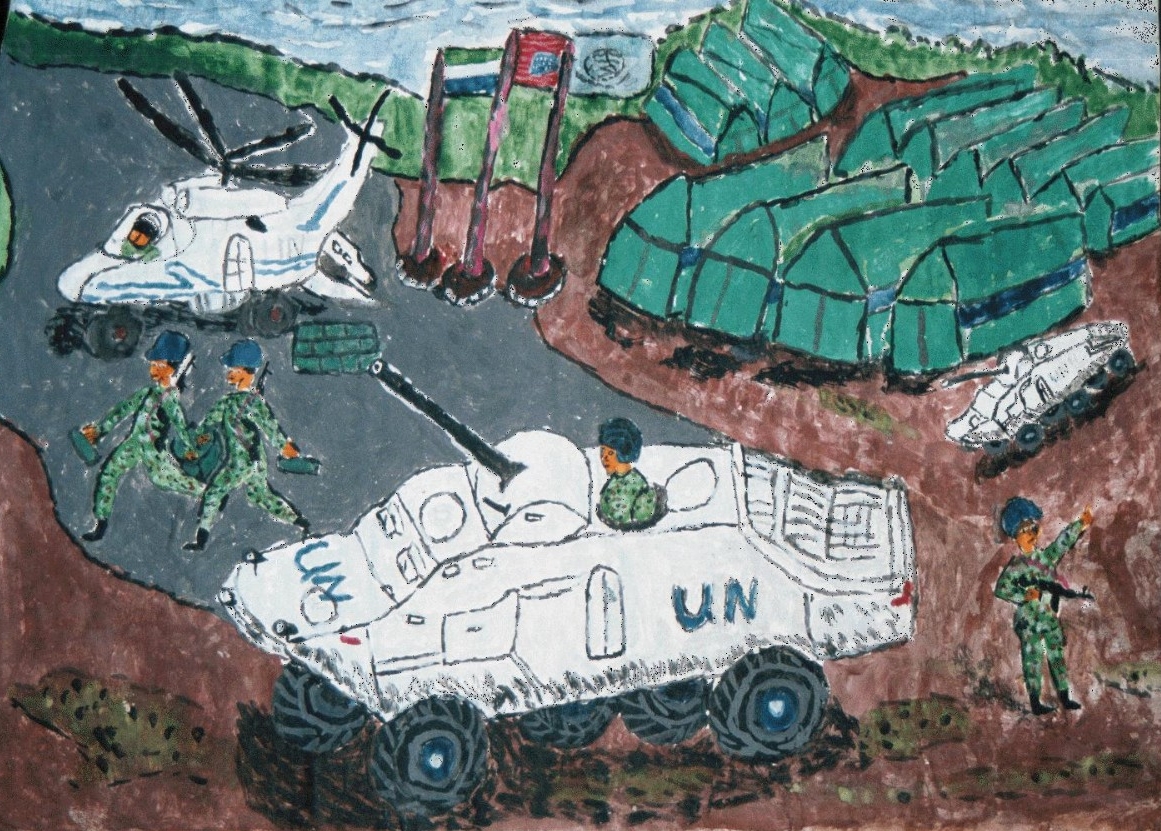 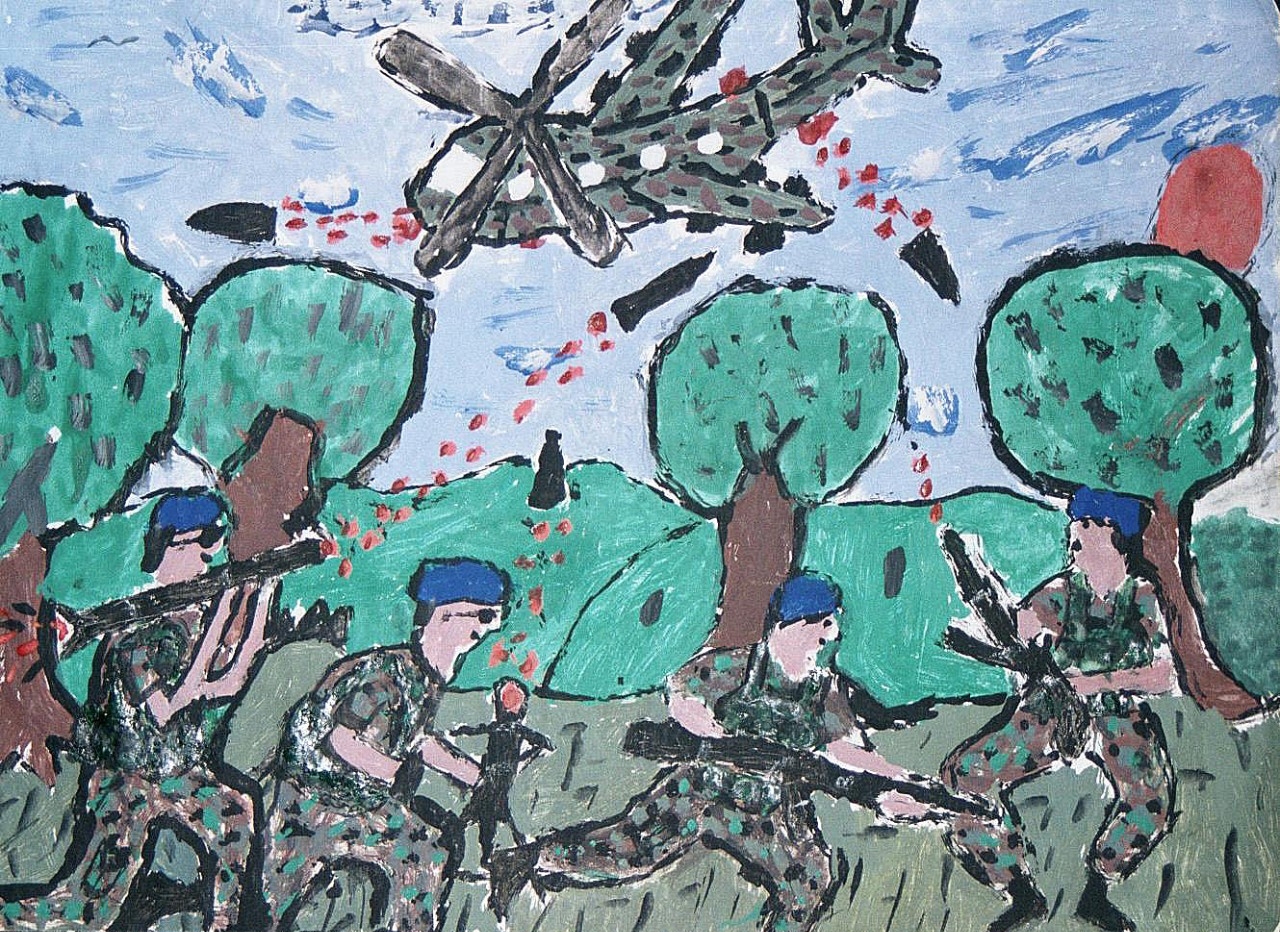 During the 11-year civil war in Sierra Leone, several warring factions abducted children and forced their involvement in armed groups. The scenes above are depictions by a former child soldier.

Nearly half the respondents detailed symptoms of anxiety and depression, with 28 percent suffering from post-traumatic stress disorder, according to the recent report, titled “Stigma and Acceptance of Sierra Leone's Child Soldiers: A Prospective Longitudinal Study of Adult Mental Health and Social Functioning.”

A deeper examination of the respondents’ lives – particularly the stigma they are subject to and the level of acceptance by family and community – led to the classification of three groups:

•    The Socially Protected group, nearly two-thirds of the respondents, reported they were not heavily stigmatized for their war involvement and had high levels of acceptance from their families and communities. This group reported largely that they had lower levels of exposure to wartime violence.

•    The Improving Social Integration group included respondents who in 2002 reported high levels of stigmatization and low rates of acceptance. This group, largely female and more likely to have been raped, have since reported a decrease in stigma and increase in acceptance by families and communities.

•    The Socially Vulnerable group – roughly 10 percent of the respondents – report adverse mental health outcomes and only slight improvements from 2002, when they were highly stigmatized and had low family and community acceptance. This group is largely male, spent more time in fighting forces and were more likely to have killed or injured others during the war.

Those in the Improving Social Integration group made gains, though they reported problems such as getting in trouble with local police. However, members of the socially vulnerable group were about twice as likely as those in the socially protected group to experience high levels of anxiety and depression. They were three times more likely to have attempted suicide and over four times more likely to have been in trouble with the police. 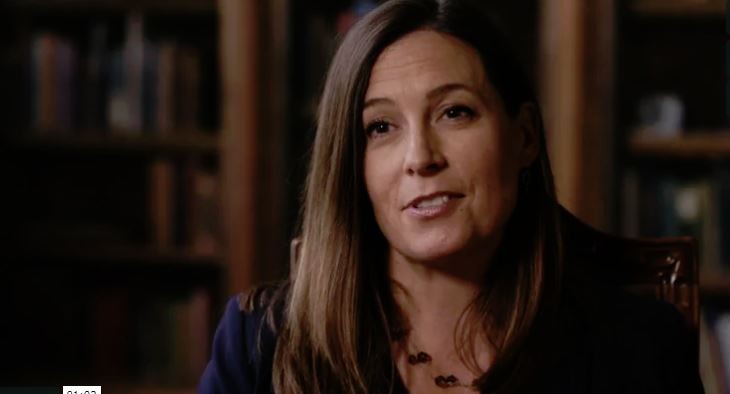 Participants in the study have been interviewed four times – in 2002, 2004, 2008, and 2016 to 2017 – about their involvement with armed groups, exposure to violence in the war, and about their family and community relationships after the war. Interviewers also asked questions assessing their mental health status and their psychological adjustment at multiple time points.

“Conducting a study like this over so many years in Sierra Leone is a real challenge,” said co-author and Research Program on Children and Adversity statistician Robert T. Brennan. “Addresses are approximate, birthdays, even ages, are often unknown, and natural disasters displace whole communities. We even had to postpone data collection due to the Ebola outbreak of 2014 to 2015.”

“Because this study follows a single cohort of former child soldiers – some as young as 10 years old – into young adulthood, it is certain to be a landmark in the study of the exploitation of children by armed groups,” said Boston College School of Social Work Dean Gautam N. Yadama.

Read the full report "Stigma and Acceptance of Sierra Leone's Child Soldiers: A Prospective Longitudinal Study of Adult Mental Health and Social Functioning" in the Journal of the American Academy of Child and Adolescent Psychiatry (DOI: 10.1016/j.jaac.2019.05.026)