'A living tribute to heroism' 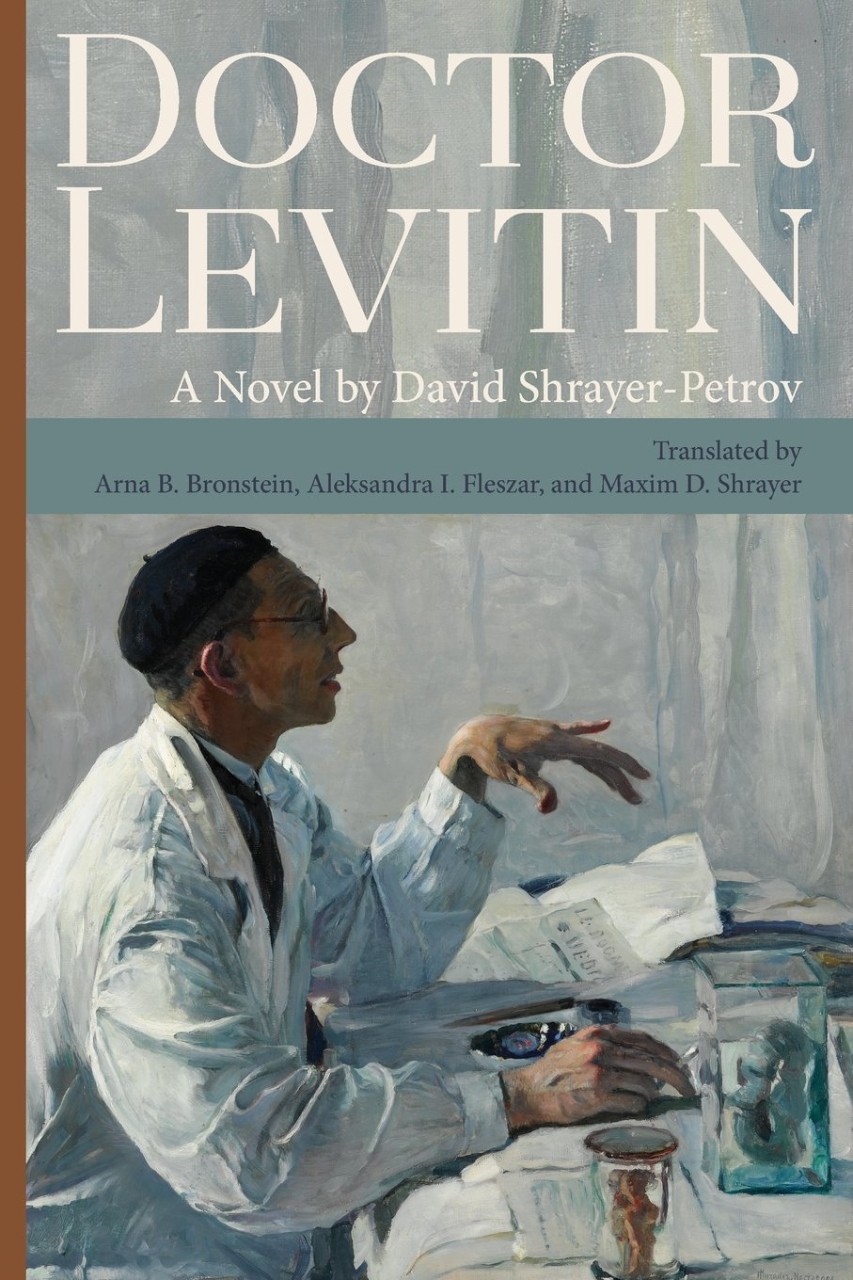 A major work of late 20th-century Russian and Jewish literature—the first novel to depict the experience of the Jewish exodus from the former USSR—has been released for the first time in English: Doctor Levitin, edited by bilingual author and scholar Maxim D. Shrayer, a Boston College professor of Russian, English, and Jewish Studies, who also oversaw the translation and contributed a commentary.

First published in Israel in 1986, with three subsequent Russian editions, the work was written by Shrayer's father, David Shrayer-Petrov: a well-known contemporary Russian-American writer and medical scientist. The first in Shrayer-Petrov’s trilogy of novels about the struggle of Soviet Jews and the destinies of refuseniks, Doctor Levitin draws on the personal plight of his Jewish-Russian family.

“My father’s novel is a living tribute to the heroism and self-sacrifice of Jewish refuseniks, whose children and grandchildren have become proud new Americans and new Israelis,” said Shrayer, who translated the work with University of New Hampshire professors Arna B. Bronstein and Aleksandra Fleszar. “Over the past 10 years, I have been privileged to work jointly with two marvelous and dedicated translators on ‘Englishing’ this saga about the Jewish exodus from the USSR.”

A significant contribution to the works of translated literature available in English, Doctor Levitin is a panoramic portrayal of the Soviet Union during the late 1970s and early 1980s, when the USSR invaded Afghanistan and Soviet Jews fought for their right to emigrate. Conceived by Shrayer-Petrov soon after he had been become a refusenik in 1979, the book “focuses on one of the most turbulent and tragic periods in the post-World World II Jewish and Russian history,” explained Shayer, who was born in Moscow in 1967 and spent nearly nine years as a refusenik with his parents before the family left the USSR for the United States in 1987.

“My father’s novel is a living tribute to the heroism and self-sacrifice of Jewish refuseniks, whose children and grandchildren have become proud new Americans and new Israelis.”

The novel’s protagonist, Doctor Herbert Levitin, is a Moscow professor of medicine whose non-Jewish wife comes from the Russian peasantry. Shrayer-Petrov documents the unbreachable contradictions of the Levitins’ mixed marriage, which becomes an allegory of Jewish-Russian history. The antisemitism of the Soviet regime forces them to seek emigration. Denied permission, the family is forced into the existence of refuseniks and outcasts, which leads to their destruction and Doctor Levitin’s final act of defiance and revenge on the Soviet system.

“Almost 300,000 Jews left the former Soviet Union from 1970-1988. Russia didn’t let her Jews go without having first subjecting them to targeted repressions and disenfranchisement," said Shrayer. "Tens of thousands of Jewish refuseniks were made pariahs and herded into a political ghetto.

“As a child and raw youth living with my parents through almost nine years of refuseniks’ limbo, I witnessed the inception and composition of my father’s refusenik saga. Its publication in English translation bears special significance not only because it fills a gap in our understanding of modern Jewish history and culture. It also transforms the refuseniks’ collective experience into an American story.”

A symposium and book launch to mark the English-language publication of Doctor Levitin will take place April 16 in Devlin 101.