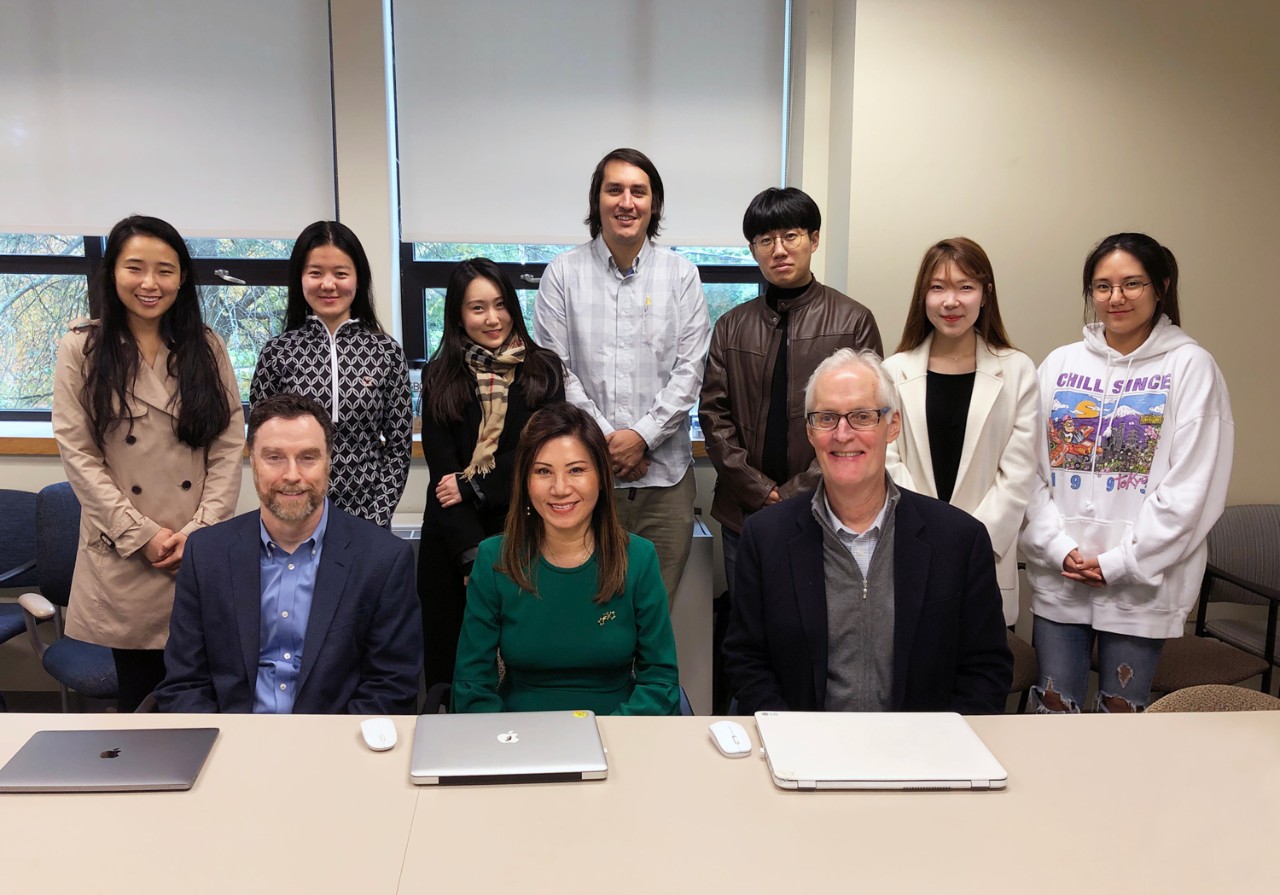 A Lynch School of Education and Human Development research team embarked this fall on an arduous but fulfilling two-week investigation of 16 Hyukshin middle and high schools in South Korea—the starting point for an assessment of an educational program greatly inspired by Lynch School teaching and scholarship.

The schools are part of a progressive public school movement, driven by educators and community members, that began in 2009 to counter the competition-driven meritocracy so prevalent in East Asian education. Hyukshin (which translates to “innovation”) schools promote democracy-based education and humanism, and eschew the prevalent preoccupation with testing and grades.

Leading the BC contingent were Stanton E. F. Wortham, the Charles F. Donovan, S.J. dean of the Lynch School, and Lynch School Professor Dennis Shirley and Associate Professor Deoksoon Kim. They were joined by BC undergraduates Eunhye Cho Grad ’22, Jieun Lee ’21, and Yoonmi Kang ’20.  Rounding out the research team are Crystal Mengru Pu ’20 and Sooji Yang ’22, and graduate students Adam Agostinelli and Han Gil Kim. The team’s project is underwritten by a grant from the Seoul Metropolitan Office of Education.

“Since we are the first international research team from outside of Korea to study Hyukshin schools, it’s a significant vote of confidence for the Lynch School,” said Shirley, noting that the highly competitive SMOE grant covers two years of investigation and evaluation.  “It’s a chance of a lifetime to examine such a system, particularly because of South Korea’s considerable visibility in attaining high levels of student achievement on large-scale assessments.  We anticipate that our findings will generate interest from educational change leaders worldwide.”

Kim cited two critical factors in SMOE’s selection of the Lynch School: Its focus on “whole child” education, and Shirley’s co-authorship with retired Lynch School Professor Andy Hargreaves of The Fourth Way: The Inspiring Future for Educational Change and its sequel, Global Fourth Way: The Quest for Educational Excellence.  These two influential books, which were translated into Korean, have had a significant impact on the Hyukshin school movement.

“Since we are the first international research team from outside of Korea to study Hyukshin schools, it’s a significant vote of confidence for the Lynch School...It’s a chance of a lifetime to examine such a system.”

Collaborating with a Korean research team from Hongik University, the BC group conducted seven to eight hours of interviews daily, in Korean, with school-based educators, project leaders, and ministry-level coordinators, said Kim, a Seoul native.  “Our research focus during year one is qualitative; we will return in the spring to conduct the quantitative portion.”

The research objectives, she explained, are to provide new findings on the schools’ plans for change; document the ways innovation is implemented; and offer recommendations for improvement.

“We anticipate that this study will provide a major overview of the Hyukshin school innovation movement for educators, policy makers, and the public on a worldwide scale,” said Shirley.

The Hyukshin movement has its roots in sweeping constitutional changes announced in 1987 by then-South Korea President Chun, in what The New York Times characterized as a “political transformation that would usher in a new era of democratic development and mature politics.”  The prophesy has proven to be true, say Shirley and Kim: The transition from authoritarian rule to democracy was the critical turning point in the eventual liberalization of all realms of Korean society, particularly education.

By the mid-1990s, a national school reform plan was proposed as a replacement for the state-driven industrialization model that served as a means of developing hard-working, loyal employees who would contribute to the national economy’s growth. The plan set the stage for a decentralized, community-driven approach that would surface some 10-15 years later, according to Shirley and Kim. Key to its existence was the introduction of popular elections to select school superintendents in 2007, resulting in progressive (“jinbo”) school leaders heading six provinces.  Beginning with 13 schools in the Gyeonggi Province, Hyukshin schools spread quickly and now total an estimated 1,000 locations, or approximately nine percent of the 11,000 South Korean schools.

“Hyukshin schools are a model of innovative education that aim to overcome challenges in Korean education, particularly an extremely competitive school environment and a lack of respect for students’ rights,” said Kim.  “It’s more than just modifying the education system; it’s supporting students’ learning process and developing a new school culture focused on equity, democratic rights and responsibilities, and the full realization of every student’s potential.”

While South Korean education has consistently earned high scores in its worldwide Programme for International Students Assessment ranking, the global education community’s acknowledgement of this success has been restrained, explained Kim, because of the perception that South Korea’s excessively rigid educational model exerts unhealthy, fanatical pressure on students to achieve academically.

“Many Korean parents are obsessed with high test scores, since admission to a prestigious college is considered the gateway to upward mobility for their children,” said Kim.  “This perspective is historically and culturally based on Confucian values, in which education was always associated with social rank and prestige.  The Hyukshin movement, in contrast, envisions schools as sites that prepare students for democratic citizenship and student voice.”

As Shirley noted, the BC team’s investigation strives to identify Hyukshin’s strengths and weaknesses, and to offer recommendations accordingly.

“We firmly believe students can highly achieve with dignity, and with their well-being at the center of their education,” said Shirley.