A glimpse into the virtual world of the Joycestick gamification of James Joyces' Ulysses.

There’s art imitating life, and then there’s art taking on a virtual life of its own. That’s what’s happening with a Boston College academic project involving the unlikely pairing of an immersive virtual reality 3D game with one of the most important (and, arguably, the most difficult to read) English language novels of the 20th century: James Joyce’s Ulysses.

Dubbed 'Joycestick,' the virtual reality game mades its public debut at the James Joyce Centre in Dublin as part of Bloomsday, the international festival named in honor of Ulysses protagonist Leopold Bloom, whose wanderings and activities on June 16, 1904 are chronicled in the book. Visitors to the Centre could test drive Joycestick, which also was featured at an event this week at the National Library of Ireland.

The Joycestick team also will introduce the game to the North American James Joyce Conference in Toronto and to the International Association for the Study of Irish Literature in Singapore.

The Joycestick project brings the book to life through "gamification." Users wear a virtual reality headset and headphones and walk around to explore in real space various scenes from the book, recreated from research into both the novel and the time period, and acquire points and rewards along the way.

“Instead of using virtual reality as just an extension of video games, we’re trying to use it as an entirely new medium of storytelling,” said computer science major Ryan Reede '17, a Joycestick team member. “There’s interactivity, there’s audio, there’s text, there’s music – there are all these different elements to Joycestick, but at the end of the day, it’s more of a new form of storytelling.” 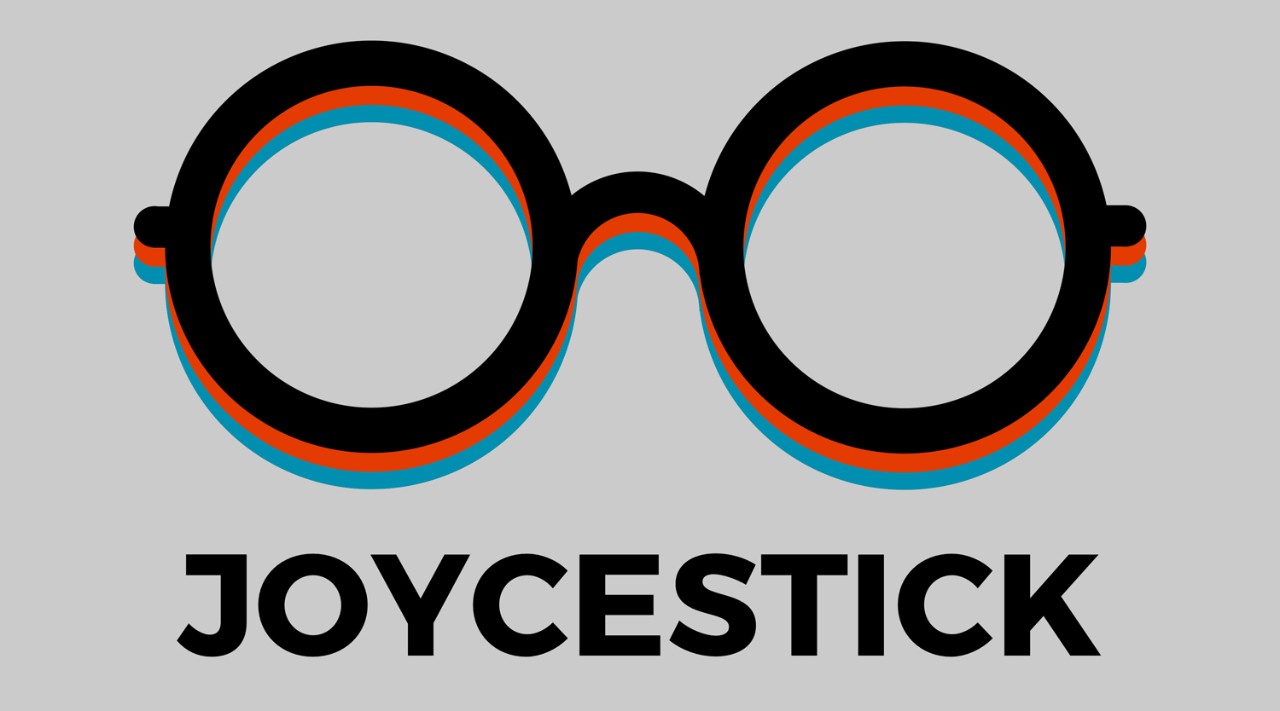 The project grew out of the Joyce and digital humanities classes of Boston College scholar Joseph Nugent, associate professor of the practice of English.The possibilities and challenges of this approach spark the kind of discussions that lie at the heart of liberal arts education, says Nugent, who has seen his vocation as a Joyce scholar metamorphose in a relatively brief period. He says Joycestick represents new ground for the teaching of literature.

“For me, Joycestick – and digital humanities – has entirely transformed my career, and led me to a whole area of creativity and possibility,” says the native of Mullingar, Ireland, who came to BC in 2004 as a visiting instructor and joined the faculty the following year. “As much as I love literature, my traditional training hadn’t offered me the kind of fulfillment that comes from the kind of cutting-edge research technology has made possible.”

Joycestick is Nugent’s most recent excursion into digital humanities. In past years, he and his students have produced an e-book guide based on Joyce’s Dubliners, a multi-media tour depicting Dublin in 1922 also inspired by Ulysses, and an interactive digital guide to accompany an exhibition on Ireland’s Arts and Crafts movement at BC's McMullen Museum of Art

Nugent lauds the students’ work on Joycestick with an almost Joycean-like pairing of adjectives, calling their level of commitment "ridiculous and wonderful," and noting that the team had to make it up as they went along ("it’s not like there’s a manual") which resulted in "some very serious, enjoyable discussions about the nature of this game.”

“We look on VR as the ultimate empathy machine, in that we don’t simply want to excite the readers – the viewers – but to move them, to engage them with the emotions and events in the book.”–Joe Nugent 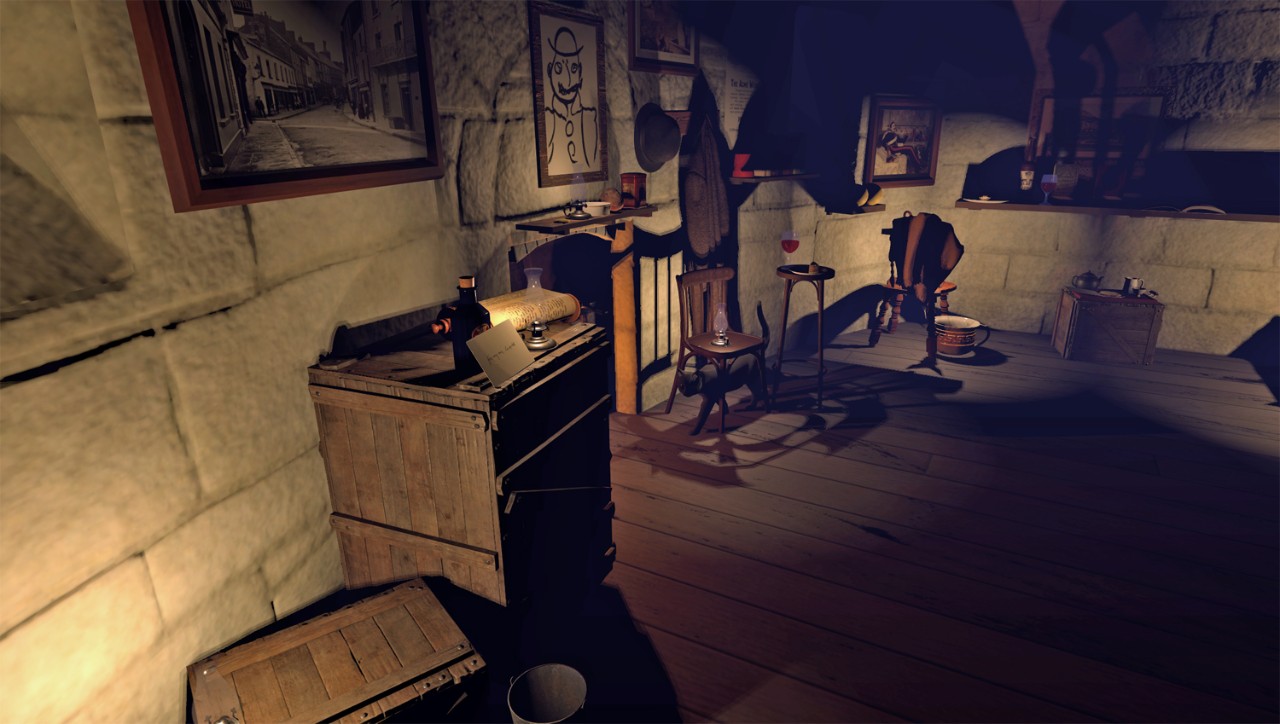 Inside Martello Tower, setting of the first section of the novel, and where lived 'stately, plump Buck Mulligan' who famously 'came from the stairhead' in the opening sentence.

In spring 2016, he and Reede, a computer science major who had worked on the McMullen exhibition digital guide, talked about a VR adaptation of Ulysses. Nugent assembled a group of other students from fine arts, English and computer science disciplines (students from Berklee College of Music have helped with the project’s musical components), obtained grants from the University, and began the gamification process.

With its stream-of-consciousness technique and experimental prose, Ulysses presented an unlikely subject for a conventional game narrative. Nugent and the team decided to have Joycestick tell the story by recreating scenes from the book – such as the Martello Tower in Sandycove where the Ulysses character Stephen Dedalus lives (and where Joyce himself stayed for a few days) – and directing the user to certain objects in the scene: a bright red cricket ball, a bar of lemon soap, a telegram bearing sad news. Touching the object triggers a recorded narration from the book, along with other sounds, to explain its significance to the novel. The project is subtitled “The Story of Ulysses in 100 Objects.”

All the objects, Nugent points out, had to be researched, scaled and linked to the text of the book. Some of the work in creating the game involved filming and photographing sites in Ireland. 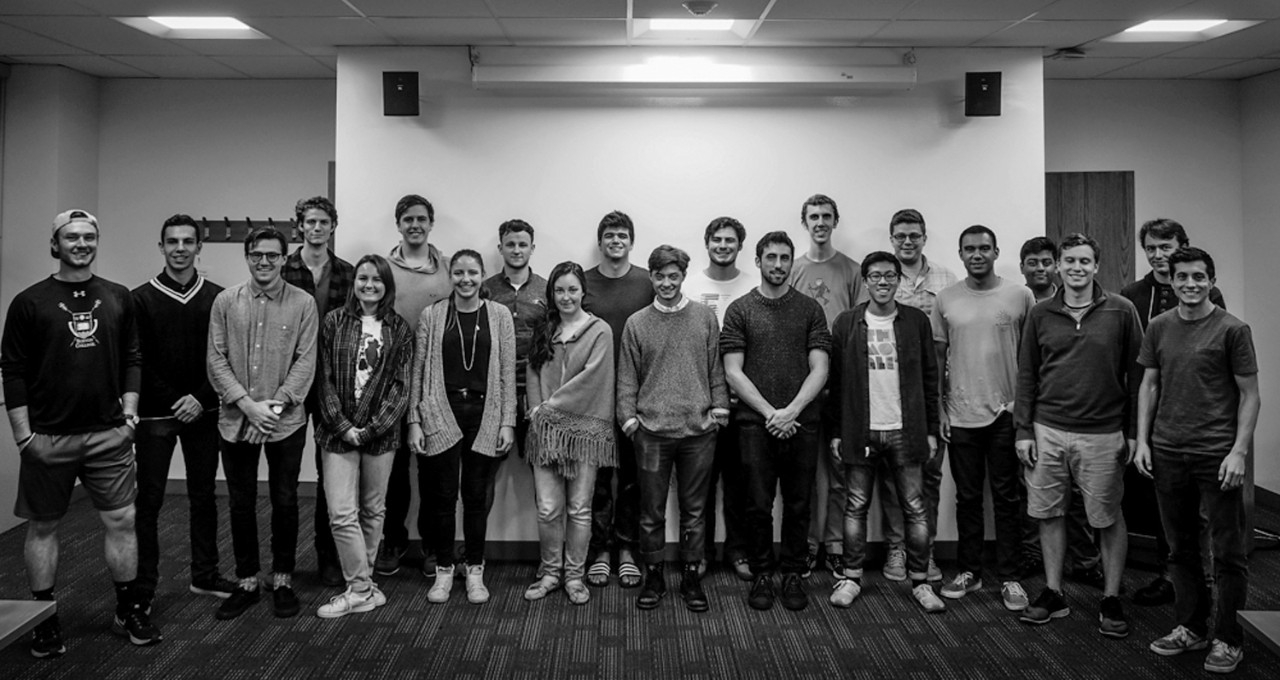 The Joycestick team, whose level of commitment to the project, said Joyce scholar Joe Nugent, was 'ridiculous and wonderful.' (Photo by team member Liam Weir '18)

“It raises questions: From whose perspective is the story being told? How can you be sure of its veracity? What can you trust?” Nugent explains. “What’s been fascinating is how the students have turned the argument around: What is the role of the user in this game? Is he or she simply an observer, or a character – and if so, who is this person and what are they doing there? Joyce wanted us to enmesh our thoughts with those of the characters in the book, so if you give yourself an identity, do you go against that?

“We look on VR as the ultimate empathy machine, in that we don’t simply want to excite the readers – the viewers – but to move them, to engage them with the emotions and events in the book.”

In fact, Joycestick became a seminar of sorts for the student team, not all of whom were acquainted with Ulysses or, for that matter, any of Joyce’s writing. Freshman Emaad Ali, for example, was more interested in the opportunity to work with VR technology.

“I wanted to experiment with its potential and the possibilities it opens up for games like ours,” he says. “VR gaming hasn’t become totally mainstream yet, so we think JoyceStick can really help define how people use VR technology in the future, both inside and outside academia.”

But over time, Ali grew to appreciate the book. “One thing that’s really struck me is how innovative Joyce’s writing was. He dived into human consciousness and represented how ordinary people think in ways that nobody had done before, which is really inspiring for us as we innovate with VR. I think Joycestick is a great match for the spirit of Ulysses because we’re giving people a kind of experience they’ve never had, which is exactly what Joyce did in his writing.”

Says Reede, “I’ve read every word, and to be honest, I’m still getting there. But working with Joe, I’ve come to understand the magnitude and significance of it, and Joyce’s other books. I understand why this is worth doing.”

Nugent freely acknowledges the varied reactions Ulysses can generate, and which to some extent Joycestick embodies. “It’s a grand and preposterous undertaking,” he says with a smile.

-adapted from an earlier article by Sean Smith | University Communications