The divisiveness and polarizing paralysis that characterizes Washington politics may seem a recent phenomenon, but a new book by Professor of History Patrick Maney traces its origins to the presidency of Bill Clinton. 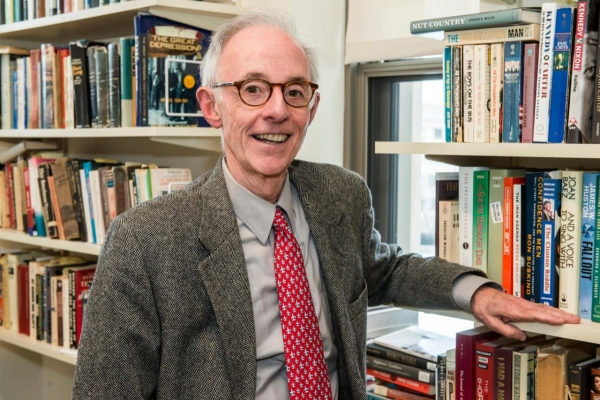 "The seeds had been sown in previous decades but didn't start blooming until 1990s," says Maney. "This is when Washington politics became a blood sport, with its 'take no prisoners' mentality."

Clinton sparked Maney's interest in part because the two were of the same generation, which made Maney feel "a certain kinship" for both Bill and Hillary Clinton. Maney also wanted to better understand why reactions to the Clintons seemed out of proportion to their actions, and why their critics appeared so zealous.

"Sure, they rubbed a lot of people the wrong way by supporting abortion rights, affirmative action, gays in the military, and gender equality. And, of course, stories of the president's infidelities understandably upset many. Still, most of their views resided safely in the political mainstream."

Clinton's economic and fiscal views, according to Maney, made him one of the most conservative Democrats to occupy the White House in the 20th century. He hailed the end of big government, was more pro-business than pro-labor, presided over deregulation of the telecommunications and banking industries, approved more corporate mergers than Presidents Bush and Reagan combined, embraced his religion, oversaw cuts in welfare, was tough on crime, and had supported the Gulf War before becoming president.

"Something other than policy was at work here," says Maney. "The Clintons became a kind of national Rorschach test upon which people projected their personal hopes and fears, values and attitudes. And it wasn't just critics projecting onto the Clintons; ardent supporters were apt to do it as well."

"To the extent we're talking about Bill Clinton 50 years from now, it will be about his resilience—he was down so many times but never out. Someone described Clinton as one of these inflatable toys with sand in the bottom that you knock down but it keeps popping back up. That is Clinton."-- Patrick Maney

"Better than most of his contemporaries, Bill Clinton understood that the United States was—and still is—in the throes of a transformative period not seen since the late 19th century, the so-called Gilded Age so memorably christened by Mark Twain and William Dudley Warner.

"It was to that age, as well as to the Progressive Era that followed, that Clinton returned time after time. He believed those times were most like his own, with useful lessons for the present. By the same token, the 1990s contains useful lessons for us. Clinton didn't always prescribe the right medicine, but he did make the right diagnosis." 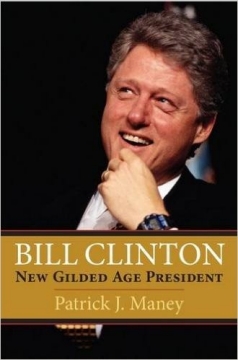 While Clinton often receives accolades for the flourishing economy during the 1990s, Maney says Clinton deserves more credit than he's received for his foreign policy accomplishments, such as helping resolve conflicts in Bosnia and Kosovo while diffusing others in Haiti, North Korea, and between India and Pakistan.

"He devised a plausible strategic substitute for the containment policy that had guided the United States throughout the Cold War," Maney adds. "More controversially, Clinton expanded the president's war-making powers over Congress; anticipated some of the George W. Bush administration's tactics in the post-9/11 War on Terror; and, by accusing Saddam Hussein of concealing weapons of mass destruction, helped lay the groundwork for the US invasion of Iraq in 2003.

"We don't think of foreign policy when we think of the Clinton administration. We should."

Clinton earned the nickname "Comeback Kid" for his surprising showing in the 1992 New Hampshire primary, but Maney argues that he should likewise be recalled for his responses to two devastating defeats while in office: the demise of health care reform—"Hillarycare"—and the Republican rout in the 1994 midterm elections. Both episodes helped define his presidency.

"With seemingly no chance of being reelected, Clinton was reduced to telling reporters—not very convincingly—that he was still relevant," says Maney. "But at that very moment, with Clinton laying flat on the canvas and Newt Gingrich, the new Republican Speaker of the House, standing over him with arms raised in triumph, Clinton was plotting his comeback.

"And what a comeback it was. In 1996, he became the first Democrat since FDR to win a second term. For anyone interested in politics for politics sake, it doesn't get any better than this."

Maney says the ability to get up off the mat over and over is Clinton's lasting legacy.

"To the extent we're talking about Bill Clinton 50 years from now, it will be about his resilience—he was down so many times but never out. Someone described Clinton as one of these inflatable toys with sand in the bottom that you knock down but it keeps popping back up. That is Clinton."

At a time when the country is considering a former First Lady as its first female president, Bill Clinton's presidency is both a help and a hindrance, says Maney.

"Hillary's years in the White House, coupled with her career in the Senate and State Department, equip her with a command of issues and policies rare among presidential candidates. No candidate in either party this year can match her detailed knowledge. Hillary also acquired a network of high-level advisors and policy experts that would be the envy of any presidential aspirant.

"A year or two ago, her experience and connections would seem to have been an unqualified plus. But no longer. We're now in the year of the outsider. Bernie Sanders' surprisingly strong challenge has also forced Hillary to distance herself from many of the actions of her husband's administration: the Defense of Marriage Act, deregulation of the telecommunications and banking industries, and the decision to leave unregulated the market in credit default swaps and other risky derivatives. President Clinton's Iraqi policies are also a potential millstone.

"Instead of running away from the record of her husband's administration, as Al Gore did in 2000 and as Hillary is doing now, she might at least embrace some of the economic successes of the nineties. She might also note that despite the partisan rancor of the times, there was more bipartisan cooperation than there is today."