After a two-year study, scholars at Boston College issue a statement on the renewal of the priesthood and ministry for a contemporary Church

A scholarly group at Boston College has issued a statement on the priesthood and ministry in the contemporary Catholic Church that calls for reexamining the formation process for diocesan priests and eradicating the priesthood’s embedded clerical culture.

Titled “To Serve the People of God: Renewing the Conversation on Priesthood and Ministry,” the document was issued by Boston College’s Seminar on Priesthood and Ministry for the Contemporary Church, sponsored by BC’s Theology Department and School of Theology and Ministry. The seminar, which began meeting in September 2016, was composed of women and men who are lay and ordained theologians and ministers working in pastoral and academic settings. 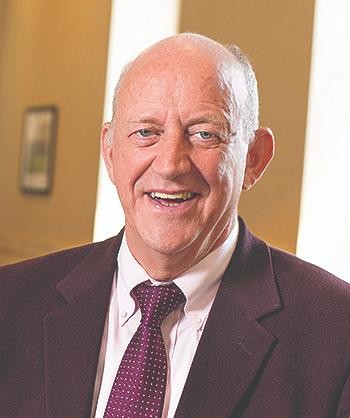 School of Theology and Ministry Professor Thomas Groome launched the Seminar on Priesthood and Ministry for the Contemporary Church in 2016. (Tony Rinaldo)

“If...candidates for ordination study in universities and theological centers with others who are preparing for ministry, the shared learning is likely to contribute to a healthy future for ministry in the Church, a future in which collaboration and co-responsibility are typical,” according to the document. “This change would introduce diocesan seminarians to the gifts and talents of those with whom they will work as ministers.”

According to the seminar group, this diversity is not only enriching but also reflective of the reality of the Church in which the ordained will serve.

“Lay ministry is not a substitute or competitor for the ministry of the ordained priests but rather a gift of the Holy Spirit and integral part of the Church’s mission today,” according to the statement.

“Our report seeks to break new ground with a contemporary articulation of priesthood that encourages an open conversation about the current and future state of priestly ministry,” said School of Theology and Ministry Professor of Theology and Religious Education Thomas Groome, who launched the seminar when he was director of BC’s Church in the 21st Century Center. He co-chaired the seminar with Joseph Professor of Catholic Systematic Theology Richard Gaillardetz and STM Professor of Systematic Theology Richard Lennan, a priest in the Diocese of Maitland-Newcastle, Australia.

“Everyone in the seminar believed in the importance of the ministerial priesthood for the life of the Church,” noted Gaillardetz. “Our focus was on articulating a contemporary theology of the priesthood that was faithful to the best insights of the Second Vatican Council and the missionary spirit of Pope Francis.

Joseph Professor of Catholic Systematic Theology Richard Gaillardetz served as co-chair of the Seminar on Priesthood and Ministry for the Contemporary Church. (Gary Wayne Gilbert)

“Where we proposed reforms in the process of calling forth and forming candidates for the priesthood, those reforms were oriented toward both uprooting the deeply embedded clerical culture that infects our Church and toward re-imagining a ministerial priesthood capable of serving the baptismal priesthood of the people of God,” he added.

In a review for America magazine, theologians Stephen Bevans, S.V.D., and Robin Ryan, C.P., call the document “theologically rich and religiously and pastorally inspiring” and “one of the best reflections on priesthood we have ever read.”

“To Serve the People of God” is the result of a rigorous two-year project taken on by systematic and practical theologians, priests, and others who researched, read, and discussed the history, theology, and practice of the priesthood. The seminar participants read John Paul II’s apostolic exhortation on the formation of priests (Pastores Dabo Vobis), Second Vatican Council documents, speeches and official documents from Pope Francis, and met with leading contemporary scholars such as Katarina Schuth, Mary Gautier, David Hunter, and Fr. Eamonn Conway, as well as a diocesan priest in the Archdiocese of Boston.

“The seminar’s broad representation and the extended time period made possible a breadth and depth of theological conversation that went beyond proposing simplistic solutions to complicated theological and pastoral issues,” said Gaillardetz.

“We approached the priesthood as part of the body that is the Church,” said Fr. Lennan. “As with any organism, when part of the body is ill or in need of repair, the whole organism is affected; so if you want to ‘fix’ the priesthood in light of its current scandals and decline, you need to think about it 'holistically' and consider its place in relation to what it's a part of, not in isolation. 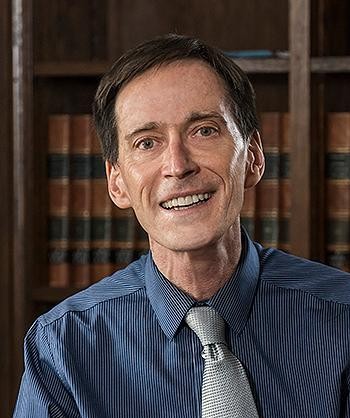 STM Professor Rev. Richard Lennan served as co-chair of the Seminar on Priesthood and Ministry for the Contemporary Church. (Lee Pellegrini)

“[‘To Serve the People of God’] takes a holistic approach,” continued Fr. Lennan. “We begin with God's mission that brings about the Church, we explore the mission of the Church and the place of ministry within that mission; only then do we talk explicitly about the ordained priesthood, relating it to other ministries and the wider mission of the whole Church.”

The report calls for an elimination of a culture of clericalism and an emphasis on collaborative leadership.

Priests need to be willing “to work collaboratively with others, men and women who are volunteers and also those who are formally engaged as lay ecclesial ministers.”

Invoking the words of Pope Francis, the report states, “If the priesthood becomes a path to power, priests can understand themselves as gatekeepers of ‘discipline, rules and organization,’ rather than as disciples among disciples.”

The seminar did not directly address controversial issues like the ordination of women and of married men.

“We stepped back to ask the deeper questions of what does it mean to be ordained,” explained Groome. “What is the nature and purpose of the priesthood? What priestly gifts are required that have clear theological warrant? What is the best way to educate and prepare candidates for the priesthood?”

a) the capacity to preach the word of God in ways that nurture the faith, hope, and love of the disciples of Christ;
b) the ability to lead the Christian community in life-enhancing prayer and worship;
c) the willingness and aptitude to be a collaborative leader among lay ecclesial ministers and the whole people of God;
d) the disposition to lead an exemplary life of discipleship within the ecclesial community, and
e) the commitment to practice pastoral charity in service of the Gospel.

The report was published in late December by Origins, a media outlet of the U.S. Conference of Catholic Bishops. It also has been sent to Pope Francis and distributed to bishops throughout the Church. In early 2018, before the statement was finalized, Groome and seminar participant Fr. Liam Bergin, professor of the practice of theology, met with representatives of the Congregation for the Clergy at the Vatican to discuss the project.

By logistical necessity, the scope of the seminar was limited to diocesan priests in the U.S., but Groome notes, “the best way to be universal is from your own backyard. We speak out of an American context, but we hope that this will have resonance with the whole Church.”

The other members of the seminar were, from STM, Professor of Historical and Liturgical Theology John Baldovin, S.J., Associate Dean for Student Affairs Jacqueline Regan, doctoral candidate Emily Jendzejec, and alumna Megan Hopkins; from Theology, Professor Boyd Taylor Coolman and doctoral candidate Elyse Raby; Church in the 21st Century Center Director Karen Kiefer, and James Flavin, a priest of the Archdiocese of Boston and episcopal vicar for the Central Region.

Notably, “To Serve the People of God” cites in its conclusion Pope Francis’ words, “Let us rethink our usual way of doing things.”

"To Serve the People of God : Renewing the Conversation on Priesthood and Ministry"