Ritchie Lowry, a retired professor of sociology who taught at BC for nearly five decades, has died at age 90.

Ritchie Lowry, a retired professor of sociology who taught at Boston College for 45 years, has died after a long illness. He was 90.

Dr. Lowry was a pioneering expert in the area of corporate social responsibility and socially and environmentally responsible investment, and was founder and president of Good Money Publications, which issued newsletters and handbooks for socially concerned investors. 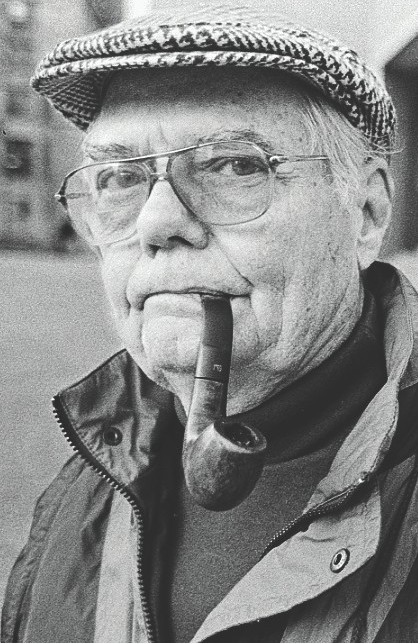 His other research areas included the sociology of war and the military, social problems and public policy, and community power structures. One of his earlier published works was Who’s Running This Town?, which examined myths and theories of grassroots politics through the lens of small-town society. He also authored or co-published such books as A Citizen’s Guide to Military Force; ​Social Problems: A Critical Analysis of Theory and Public Policy; ​Sociology: Social Science and Social Concern,​ and The Science Society.

Dr. Lowry came to BC in 1966 after having served as a senior research scientist at the U.​S.​Army Special Operations Research Office and lecturer at American University. A year later, he became chairman of the Sociology Department, and along with other faculty members refocused its program on social and economic justice. He also established the department’s doctoral program.

Dr. Lowry’s concern about social issues extended to sometimes unlikely topics. In a 1971 interview with Heights columnist (and future sports journalist) Mike Lupica, Dr. Lowry – who had played football in college – decried what he saw as the professionalization of the college game, as well as a continual tendency by the media, and politicians, to conflate war with football.

“Football is lousy preparation for life,” said Dr. Lowry, repudiating a saying by legendary football coach Vince Lombardi, “In life, you are going to lose a lot more games than you are going to win. Sociologically, Cal Tech, which loses almost all the time, prepares you better for life. They learn to lose and lose gracefully."

Retiring in 2011, Dr. Lowry told the Chronicle that, while he would remain active in his research, he would miss “the opportunity to experience the views and perspectives of different generations of young people. Teaching is also a matter of learning from your students.” BC students, he said, “are generally among the most committed to social and economic justice issues, and they have responded very well to the ideas I have shared with them.”

A World War II veteran who enlisted in the Navy at age 17, Dr. Lowry went on to earn bachelor’s, master’s and doctoral degrees from the University of California at Berkeley.

He is survived by his wife, Betty; their children, Peter and Robin; three grandchildren and five great-grandchildren.