Portfolio: 'Walden' at BC

An audience view of a scene from the new short film 'Walden' at its premiere screening in Robsham Theater.

On November 8, Boston College’s Robsham Theater was host to the premiere of the documentary “Walden,” a short film examining the relationship between the philosophy of 19th-century author Henry David Thoreau and contemporary societal and environmental challenges.

Thoreau’s classic Walden; or, Life in the Woods chronicled the lessons the author learned during 1846 and 1847, years he spent living near what was then a remote pond in Concord, Mass. The book is widely recognized as one of the founding treatises on conservation and the environment.

Since 1990, the non-profit Walden Woods Project has been dedicated to protecting the historic woods where Thoreau first championed the concept of land conservation. The new film is destined to greet many of the half million visitors from around the world to the Walden Pond State Reservation as part of its new visitors center. 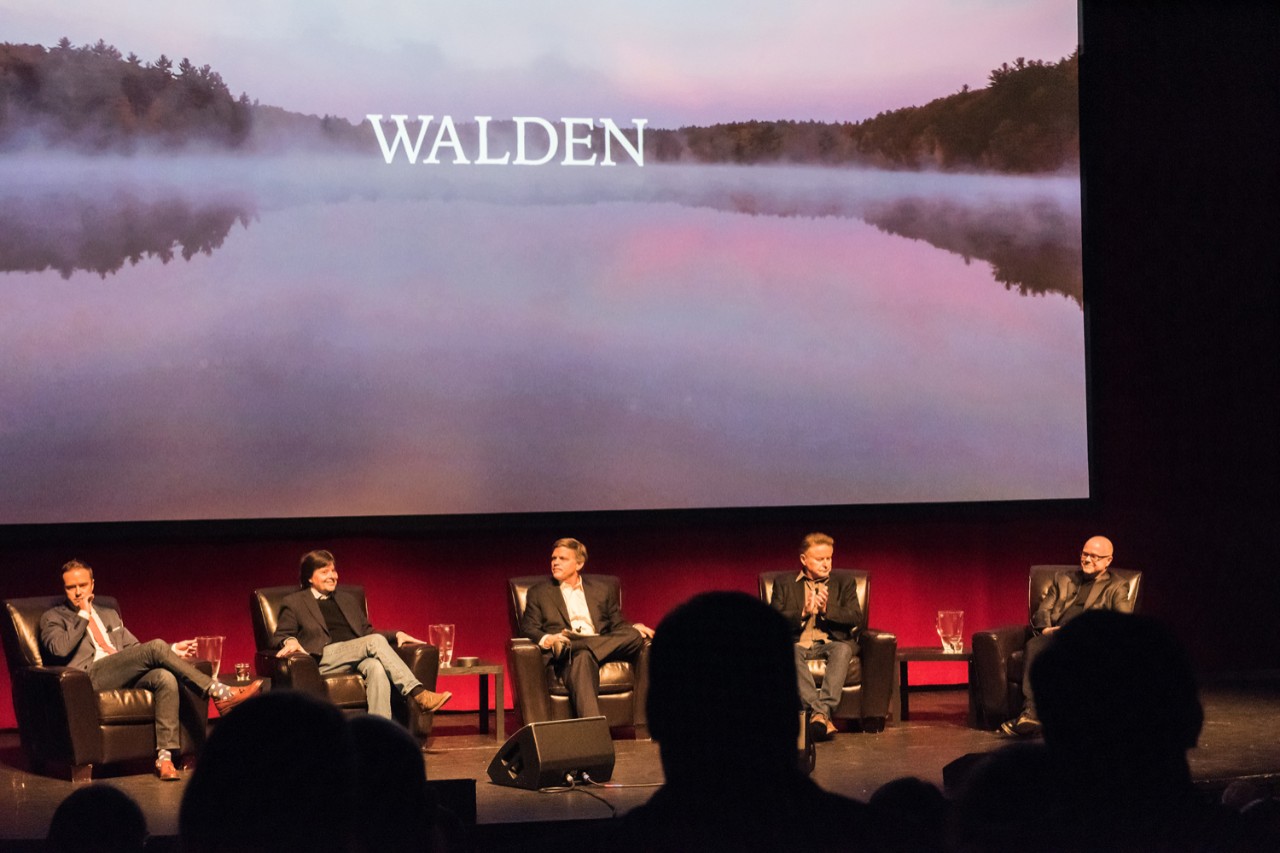 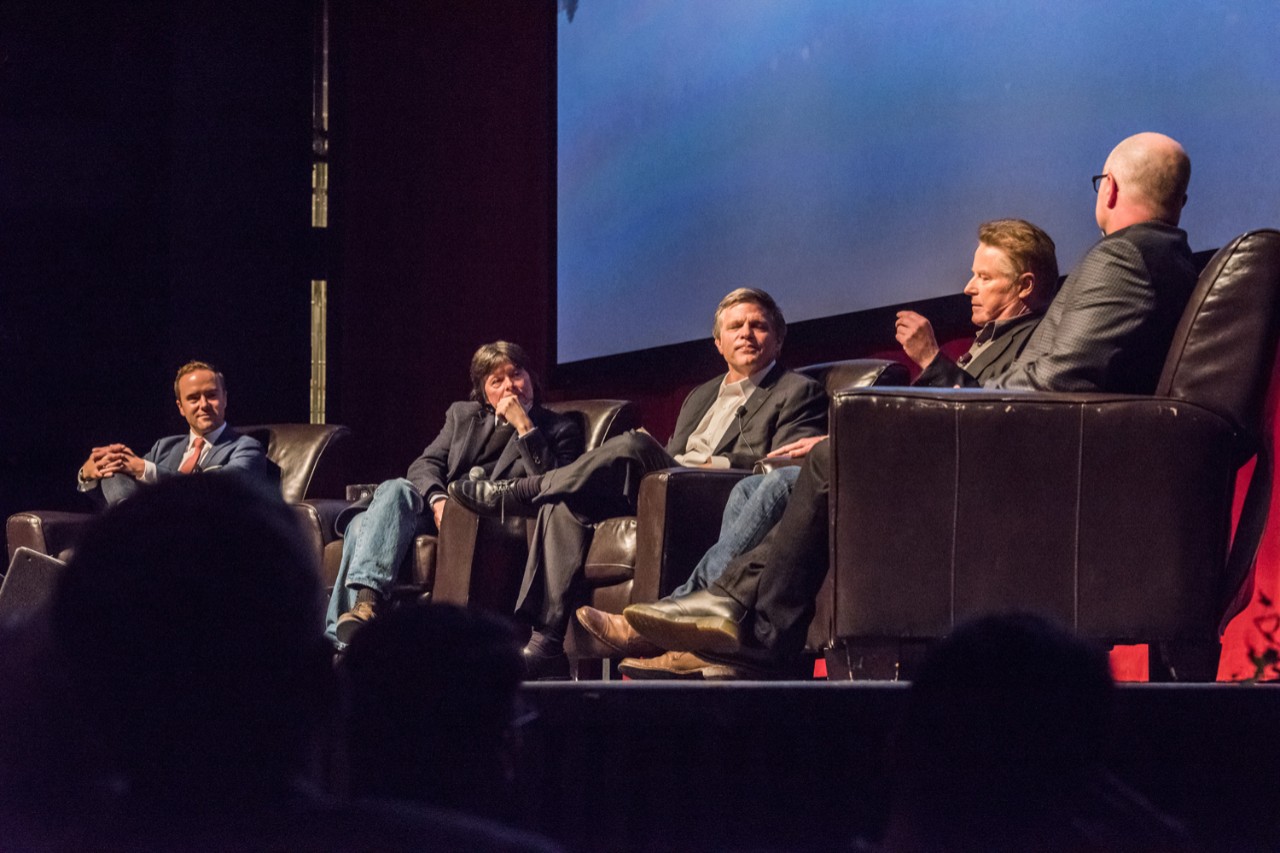 Don Henley, best known as a founder of the legendary rock band the Eagles as well as an influential solo artist, has maintained a commitment to music and to various philanthropic efforts throughout his career, including a dedication to environmental issues and artists’ rights. In 1990, Henley founded the non-profit Walden Woods Project to protect the historic woods near Walden Pond from encroaching development. Since then, Walden Woods Project has grown into one of the preeminent preservation organizations in the U.S., using conservation, education, research and advocacy to preserve the land, literature and legacy of Henry David Thoreau in order to foster an ethic of environmental stewardship and social responsibility. 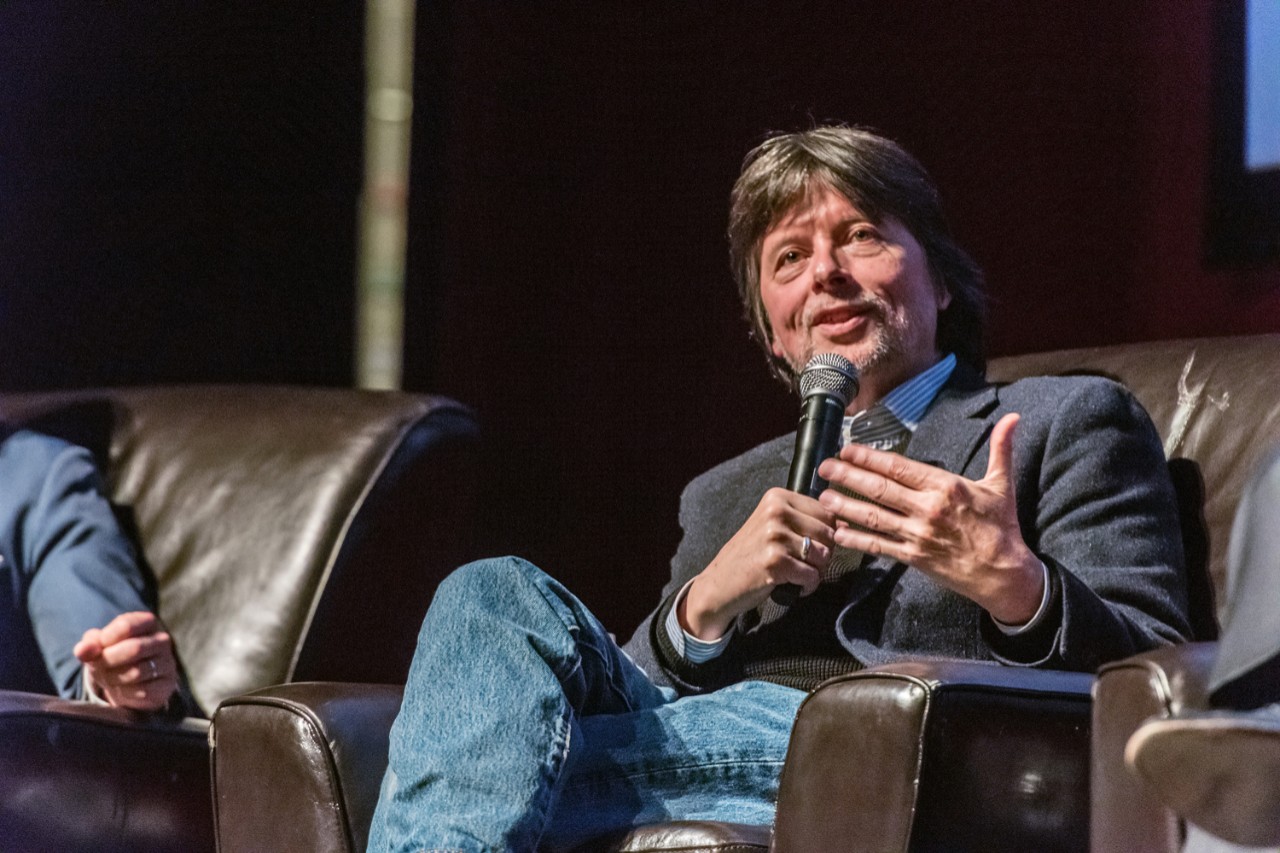 'Walden' executive producer Ken Burns has directed and produced some of the most critically praised historical documentaries ever made—most recently, "The Vietnam War," which premiered on PBS in September. In 2009, Boston College awarded Burns an honorary degree for his achievements as a filmmaker and historian. 'Walden' was directed by longtime Burns collaborators Christopher and Erik Ewers, and produced by Julie Coffman of Ewers Brothers Productions, in consultation with Walden Woods Project. 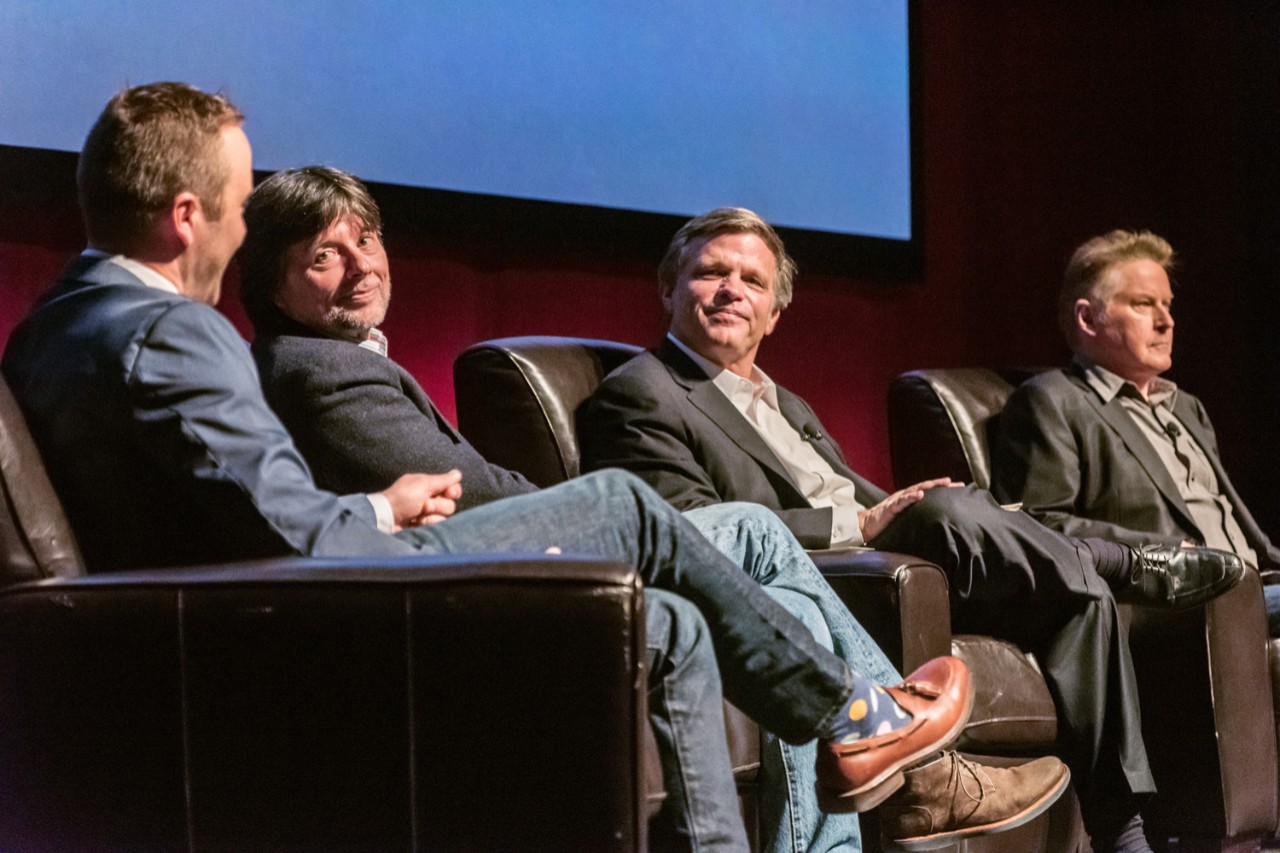 Those involved in the production of the short documentary did not rule out the possibility of a future, more in-depth treatment of the subject. 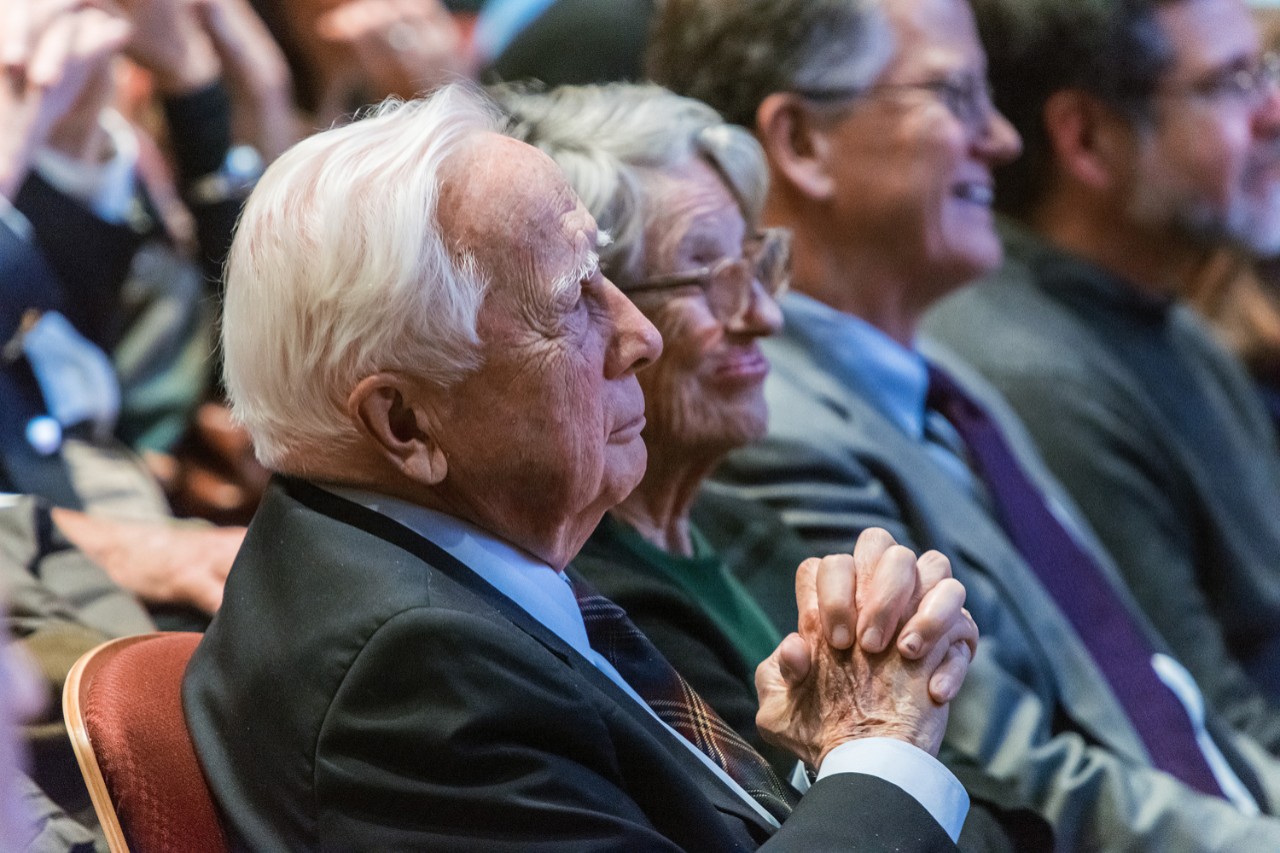 Award-winning author and historian David McCullough, who appears in the film, attended the screening, accompanied by his wife, Rosalie. 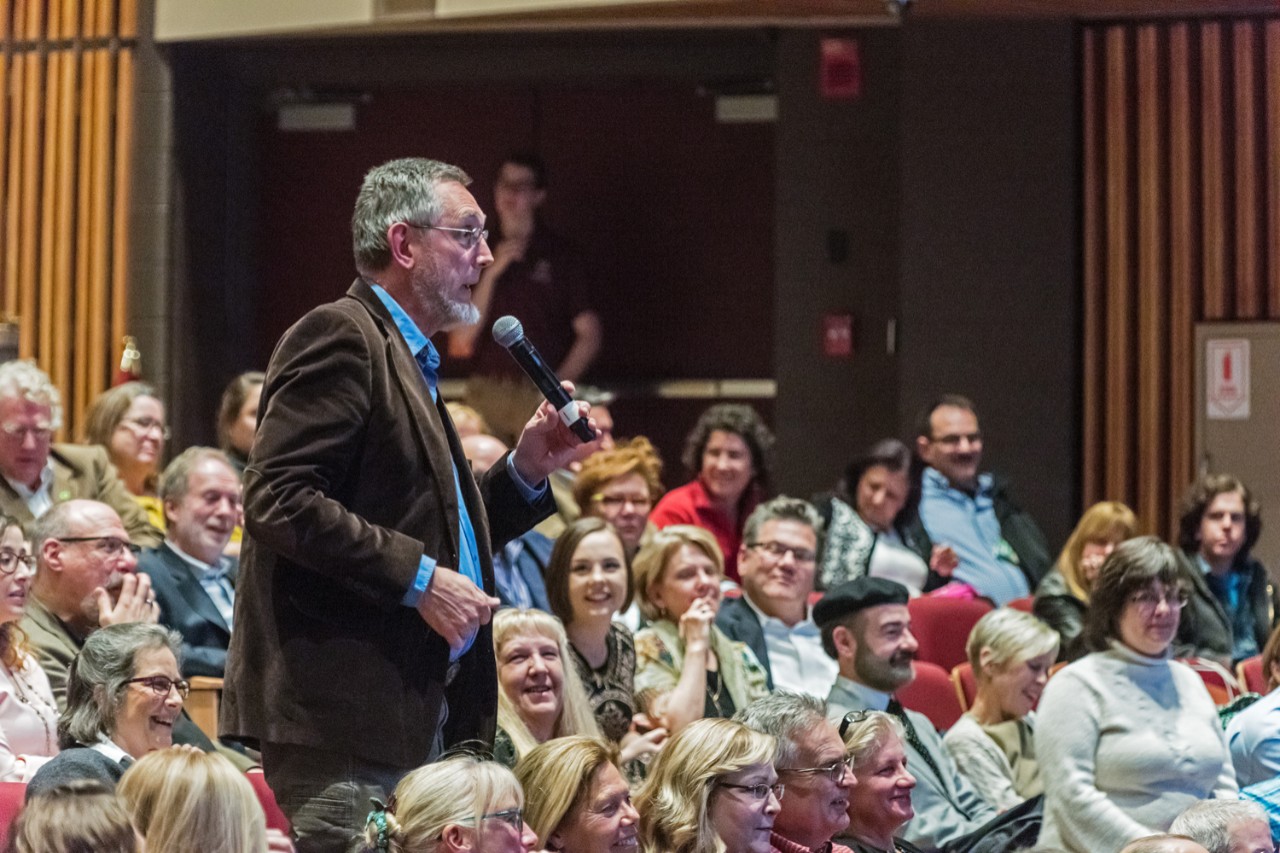 An audience Q&A followed the discussion. 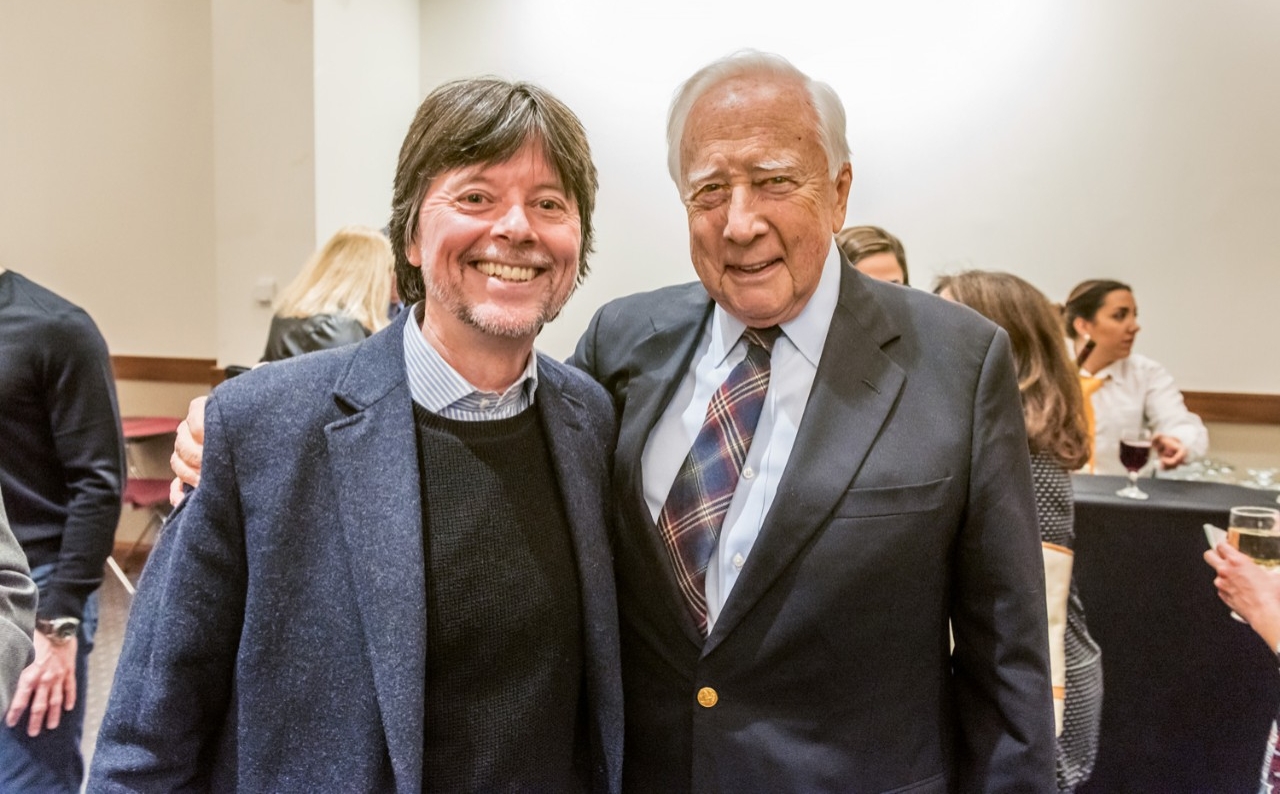 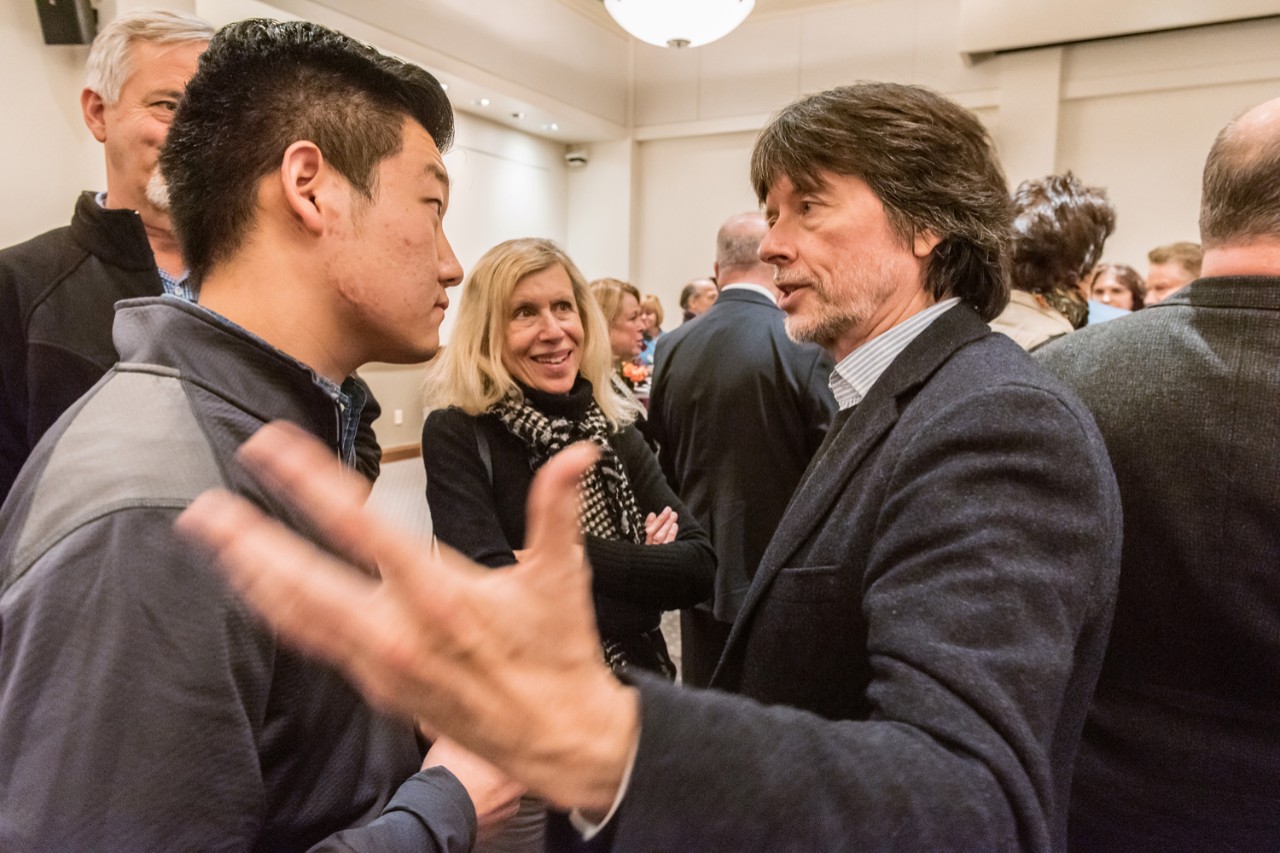 Ken Burns in conversation with Carroll School of Management junior Ben Li at a reception prior to the screening.