During her 58 years at BC, Betty Strain won the University’s Community Service Award and was the namesake of a Woods College scholarship

Elizabeth Ann “Betty” Strain, a mainstay of Boston College for 58 years who won the University’s Community Service Award and was the namesake of a Woods College of Advancing Studies scholarship, died on December 28, at the age of 91. 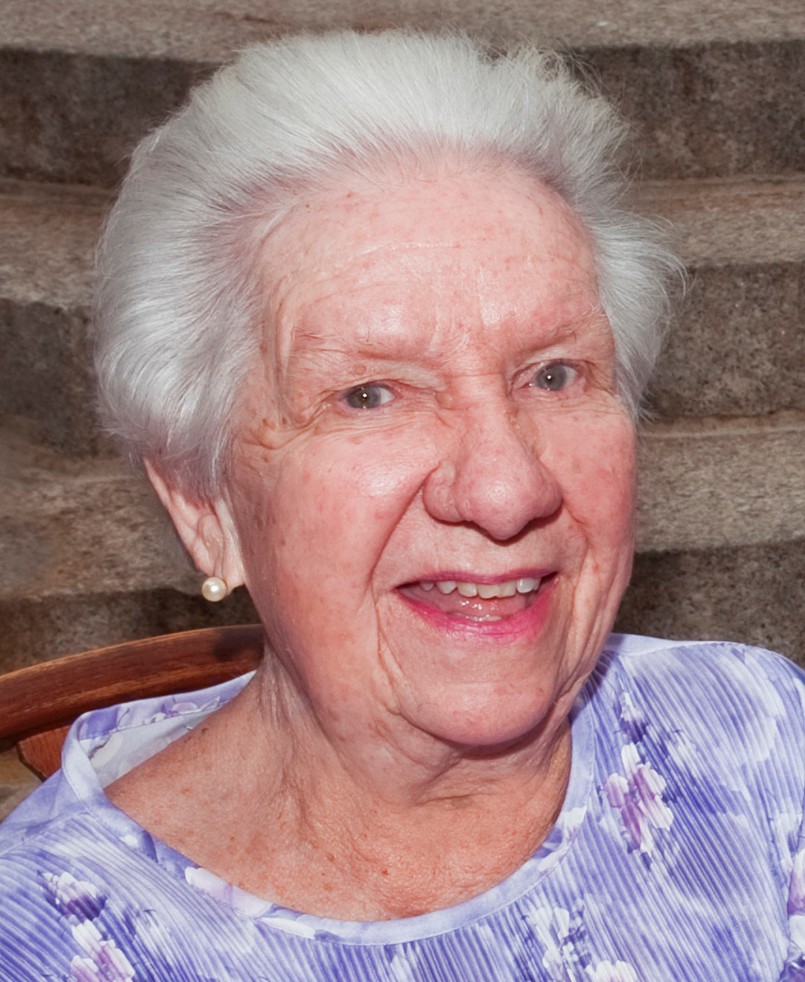 Ms. Strain joined the University in 1952 as an assistant to Rev. Charles F. Donovan, S.J., who was founding dean of the School of Education. Interviewed by the Boston College Chronicle in 2000, she recalled her early days as the school's registrar, when students would receive set schedules for the year, varied only by courses required for secondary or elementary program majors.

“We were the original ‘computers,’” she said. “We did the record keeping by hand. Students were locked into their courses. If you changed a course, you were charged a fee.

“Gadzooks!” she exclaimed, using one of her famous pet terms, “can you imagine if we did that today?”

She moved to the new University Registrar’s Office in Lyons Hall in 1972, as Boston College upgraded its record-keeping process to computers and consolidated registrar operations from each individual academic division. Ten years later, Ms. Strain took an administrative post in the Evening College’s Summer Session office in Fulton Hall. In 1994, the Evening College became the College of Advancing Studies (it was named for longtime dean James Woods, S.J., in 2002) and two years later moved into more spacious quarters in McGuinn Hall; Ms. Strain and the summer school program went along, too.

But Ms. Strain’s contributions to BC went well beyond record keeping and clerical duties. As inaugural director of the Boston College Experience, a six-week academic enrichment summer program for rising high school seniors, she served as mentor and friend to numerous prospective students. Although other colleges and universities ran similar summer programs, Ms. Strain pointed to an important distinction.

“Ours is not a ‘camp-style’ environment,” she said in an interview with Boston College Biweekly.  “The students are treated as college freshmen. They have the same freedom and responsibilities.”

Ms. Strain also was known for counseling colleagues as well as students through difficult times, prompted by a faith that inspired her to help others. A Eucharistic minister and lector, Ms. Strain attended Mass and did readings in St. Mary’s Chapel five mornings a week, taught every Sunday morning at the Infant Jesus Parish in Chestnut Hill and visited homebound parishioners to deliver communion and offer companionship. She knit baby blankets for the Christ Child Society in Cambridge, which distributed them to low-income new mothers.

Alpha Sigma Nu, the Jesuit honor society, made her an honorary member in 1978, and in 1991 she was one of 11 employees, students, and alumni to receive a Companion of Justice Award from University President J. Donald Monan, S.J., in commemoration of the Ignatian Year. In the citation accompanying the award, Fr. Monan said Ms. Strain “inspired colleagues and associates by your unfailing response to the call to love and serve the Lord in everyone and everything. Your caring, supportive service to students, rendered with cheerfulness, consideration and a warm, welcoming manner, has earned the enduring respect and affection of a host of Boston College graduates and added luster to the hallmark of Jesuit education.”

In 1996, the University presented her with its Community Service Award; she was selected by a committee chaired by Fr. Donovan.

“I think it is essential to pray, but it is more important to put those prayers into action,” said Ms. Strain, speaking to Chronicle on being named the award winner. “I feel I have been blessed with the ability to go out and help others, so how can I not?”

“Betty is a counselor and friend to everybody, so this award is very fitting,” said Community Affairs Director Jean McKeigue. Added Senior Development Officer James McGahay, “She is one of those special people who help create an atmosphere that makes it a genuine community and not merely a work place.”

Ms. Strain was honored again four years later when a scholarship was established in her name to provide students facing significant financial challenges with an opportunity to complete an undergraduate degree in the College of Advancing Studies.

“The people we serve in the College of Advancing Studies have dreams from within, as Betty does,” said Fr. Woods, announcing the scholarship. “Her dream has always been for this University. This scholarship is ‘her’ in every way.”

“Her life has not been for herself, but for BC,” said Mary Hennessey, coordinator of student services in CAS. “Her whole career is a projection forward. The scholarship reflects this.”

Ms. Strain’s reaction at being the namesake for the Elizabeth Strain Scholarship was characteristically one of humility and humor.

“I have been blessed to be able to do all of this,” she said. “It’s a comforting thought to know that it will be here long after I am gone.

“I guess this means that my name will go down in history,” she added, laughing, “just like Rudolph!”

A funeral Mass was held for Ms. Strain at St. Mary’s of the Assumption Catholic Church in Brookline on January 11.

Donations may be made in Ms. Strain’s memory to the Elizabeth Strain Scholarship at Boston College.