A Mass of Christian Burial will be held at Saint Ignatius of Loyola Church on Friday, March 25, at 11:30 a.m. for Robert R. Newton, a mainstay of the Boston College administration for four decades, who died on March 19. He was 86.

In lieu of a wake, a reception will take place immediately prior to the Mass between 9:30 and 11 a.m. at 2101 Commonwealth Avenue on Brighton Campus. 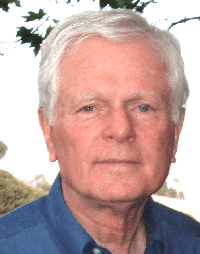 Dr. Newton arrived at Boston College in 1980 as associate dean of faculties and went on to play a leadership role in key Boston College initiatives, including four University-wide planning efforts, the 1990 revision of the Boston College Core Curriculum, regional accreditation and NCAA certification processes, establishment of the School of Theology and Ministry, development of the University’s comprehensive assessment plan, and creation of the Church in the 21st Century Center and C21 Online (now STM Online: Crossroads).

Early on, Dr. Newton took part in or led projects and programs typical for the academic infrastructure of a major university, such as the implementation of computer-assisted registration and seeking ways to increase enrollment in BC’s summer school.  But he also was involved in expansive efforts to study BC’s engagement with a changing world and its adherence to the Jesuit, Catholic mission: He helped coordinate a 1981 University Planning Council “environmental scan” that sought to analyze modern society and its relationship to BC, exploring questions surrounding the contemporary roles of family, women, and religion, and the effect of changing values on American culture.

During the mid-1980s, Dr. Newton chaired the UPC “Goals for the Nineties” initiative that envisioned how BC could achieve “distinctive excellence” in the years leading to a new century, such as strengthening research and improving coordination between Student Affairs personnel and faculty and academic administrators; goals and challenges for individual schools also were included in the report.

An outgrowth of that planning effort was another major undertaking in which Dr. Newton participated: a comprehensive review of the BC Core Curriculum, which had undergone only minor changes since its introduction in 1971. The result, introduced in 1991, was a more integrated core, and the establishment of a core director and committee empowered to review existing core courses and approve new ones.

Dr. Newton was appointed as associate academic vice president in 1991 and, 10 years later, as special assistant to University President William P. Leahy, S.J., who in announcing the appointment praised Dr. Newton for his “abundant skills and wide knowledge of Boston College and a range of academic issues.”

One of Dr. Newton’s most high-profile and vital undertakings was helping coordinate the Church in the 21st Century—known as “C21”—a project launched in fall 2002 aimed at assisting the Catholic Church in exploring the issues emerging from the clerical sexual abuse crisis. The University sponsored conferences, discussions, and other events that brought scholars, priests, authors, and journalists to campus, offering views on such subjects as pastoral care, Church governance, child abuse, ethics, and Church history. Catholics and non-Catholics alike attended the events, some of them to overflow capacity, and the initiative attracted considerable interest from the media.

“The national attention that this initiative has gathered reflects the intense interest in the subject and the fact that no other university has chosen to address this difficult issue to the same extent,” said Dr. Newton in a December 2002 interview with the Boston College Chronicle. “One of our goals was to put as many people as possible in contact with the resources that are either on campus or that we can bring to campus. Many outside BC have told us that the initiative has provided a basis for hope in a situation that seems only to worsen.”

In 2004, the University established the Church in the 21st Century Center as a permanent commitment to explore the neuralgic issues facing the Catholic Church today. Dr. Newton’s association with the initiative included serving on the C21 steering and advisory committees and on the C21 Resources editorial board.

Dr. Newton continued to spearhead University-wide initiatives well into his last decade at BC, co-chairing the University’s reaccreditation process—which included an extensive self-study in areas such as academics, organizational effectiveness, student formation, integrated science, and strategic planning—and a University Council on Learning Outcomes formed to connect the work of academic departments and the divisions of Student Affairs and University Mission and Ministry.

Upon his retirement in 2020, Dr. Newton told the BC Chronicle, “After four decades as a more than casual observer and active participant in the passing scene, the mega-theme of these 40 years for me has been the consolidation of Boston College on a visionary collegiate foundation drawn from Jesuit educational and spiritual traditions, guided by two outstanding presidents, each committed to the mission and a person for his own time. I have been privileged to enjoy their trust and confidence as BC’s journeyed across the millennia into a new understanding of ‘Ever to excel.’”

A graduate of the University of Scranton, Dr. Newton earned a master’s degree from Yale University and a doctorate in education from Harvard University. He served as headmaster of Regis High School in New York City and later taught at the University of San Francisco—where he directed its self-study for accreditation—before joining the BC administration.

Burial at the Island Cemetery in Newport, RI, will be private.

In lieu of flowers, donations in Dr. Newton’s memory may be made to the Boston College Fund  or the Belmont Chapel Foundation of Newport.