BC grad in Brady ad 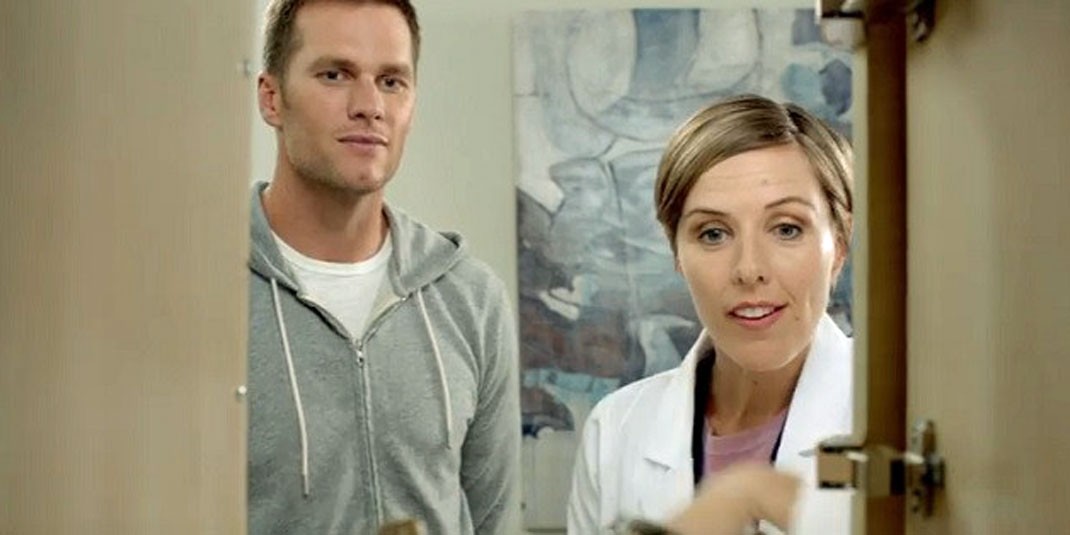 The actress who shares the screen with New England Patriots quarterback Tom Brady—and all five of his Super Bowl rings—in a new ad for Shields MRI is Morrissey College of Arts and Sciences alumna Erin O'Reilly, a theater and English major who graduated in 2001. O'Reilly's parents are double Eagle Tom O'Reilly '67, J.D. '72 and former University Advancement staffer Norma O'Reilly; her brother is Brendan O'Reilly '07.

The commercial, which debuted following the Patriots' Feb. 5 victory in Super Bowl LI, was directed by Bobby Farrelly, whose credits with his brother include “Dumb and Dumber,” “There’s Something about Mary,” and “Fever Pitch.”

O'Reilly has played roles in "The Big Bang Theory," "Grey's Anatomy," and "NCIS," in addition to other television and film work.