Harrington Athletics Village at Brighton Fields is the Brighton Campus home of BC’s new baseball field, above, as well as  softball and intramural fields. (John Quackebos)

The dedication ceremony will take place at 2 p.m. and will feature an appearance by Harrington, the former CEO of the Boston Red Sox. University President William P. Leahy, S.J., Yawkey Foundations President James P. Healey ’75, P’05 and Martin Jarmond, the William V. Campbell Director of Athletics at BC, also will give remarks. 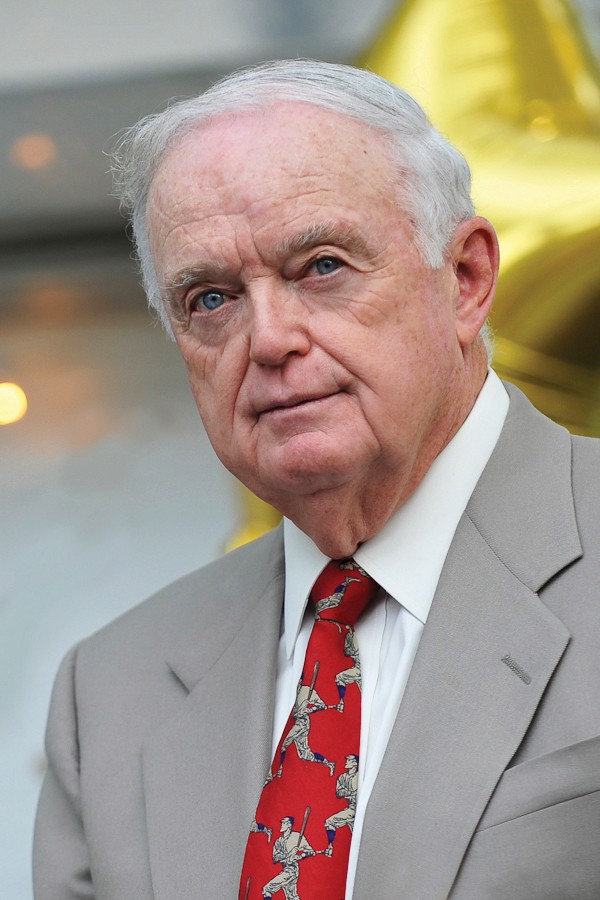 Following the dedication and “first pitch” on-field ceremonies, the BC softball team will take on Florida State, while the Eagles baseball team faces Wake Forest.

The Harrington Athletics Village – made possible through the generosity of Harrington and his family, as well as other donors – encompasses the three fields, situated between St. Clement’s Hall and Lake Street, as well as a one-story support building that provides restrooms and concessions space.

“This honor for me and my family is over the moon,” said Harrington.  “I started at Boston College in 1953, just 65 years ago, and as I passed through the many stages of my life, from military service to marriage and family, and careers, I realize that my heart and mind were always embedded in Boston College, mainly because of the gifts that the Jesuits gave to me and my family from the very start.

“As I grow older and reflect on where I stand and the many good opportunities I was afforded, I always end up reflecting on my days at Boston College, with my teachers, classmates and old friends – along with my family – who helped to hold me together in difficult times. I am truly grateful.”

Jarmond said the naming of the Harrington Athletics Village is a tribute to Harrington’s legacy of support to BC and in particular his dedication to and investment in the baseball program.

“We are honored to recognize John Harrington as we advance our baseball and softball programs,” said Jarmond. “This facility is a game-changer for our teams.  The Harrington family’s support of Boston College, and especially our athletics program, is another example of the pride so many of our alumni, parents and friends have for this University and our unwavering commitment to uphold our standards of competitive excellence and academic achievement.

“Today is a great day for Boston College Athletics and we are grateful to all those who made this possible, including the Harrington family.”

Well-known for his accomplished career as a baseball executive, Harrington is equally celebrated for his devotion to Boston College and his generous work in charitable circles.

A native of Boston’s Jamaica Plain neighborhood, Harrington was a commissioned officer in the U.S. Navy for four years after graduating from BC. He worked at the Government Accountability Office and NASA before returning to Boston College for his MBA, then studied to become a CPA. After teaching at BC for four years as a full-time assistant professor of accounting, Harrington entered professional baseball in 1970 as controller of the American League. In 1973, he began his long association with the Red Sox as team treasurer; he was CEO and general partner from 1986 to 2002.

In addition to supporting the Harrington Athletics Village, Harrington and his family have been longtime supporters of BC Athletics, providing scholarship funds for student-athletes and Pops on the Heights scholars.

A Boston College trustee from 1998-2006, Harrington continues to serve as a trustee associate. He was also elected president of the Boston College Alumni Association and received the William V. McKenney Award, the Alumni Association’s highest honor, and the association’s John P. Curley ’13 Award, honoring a volunteer whose commitment has advanced the efforts of BC and especially the Athletic Department. He was presented with an honorary Doctor of Business Administration degree at Commencement in 2010.

Harrington and his wife Maureen are also BC parents – their children Debra, Brian and Sean all attended Boston College.