BC announces strategic plan, capital campaign in support of athletics

Photos courtesy of BC Athletics

Boston College Athletics has announced the first strategic plan in its history, a comprehensive, five-year set of goals and aspirations that seeks to advance the program by fostering student-athlete formation, strengthening competitive excellence, increasing external engagement, and enhancing facilities.

The strategic plan will be supported by a $150 million capital campaign—also the first in program history and the largest athletics campaign of any ACC institution—called Greater Heights: The Campaign for Boston College Athletics.

William V. Campbell Director of Athletics Martin Jarmond announced the plan on September 27 at a celebratory gathering of alumni benefactors in the new Fish Field House, the University’s 115,700 square-foot indoor practice facility that opened this summer. 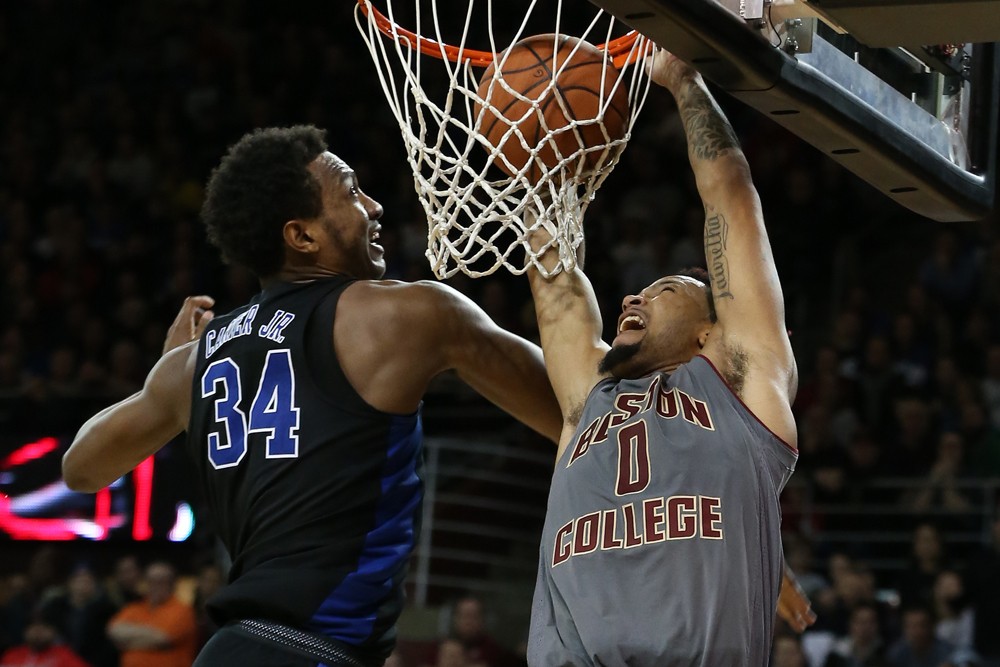 “Our time is now,” said Jarmond. “If we want to take BC Athletics to even greater heights, then we need to build on the current energy and momentum and get the buy-in of our alumni, parents, former athletes, and corporate partners to support our efforts.

“We can’t succeed by resting on our laurels. We need to consistently look for ways to make BC attractive to student-athletes, coaches and fans so we can achieve competitive excellence. That includes building and renovating facilities and providing the support services needed to make the student-athlete experience as successful as possible both in and out of the classroom.”

The strategic plan sets ambitious goals for a program that has been revitalized, observers say, following the construction of $200 million in Athletics facilities and renewed success in its major sports.

“Our number one priority and focus is to develop our student-athletes holistically so they can reach their full potential as students, athletes, people and leaders,” said Jarmond. “This is what makes us different. We want to provide experiences that will develop them into great citizens and leaders, and prepare them for life after BC through opportunities that tap into our alumni network for internships and jobs, with the goal of placing 100 percent of our student-athletes upon graduation. I also want to enhance our academic support services through faculty mentors and learning specialists to help any student-athlete in need.” 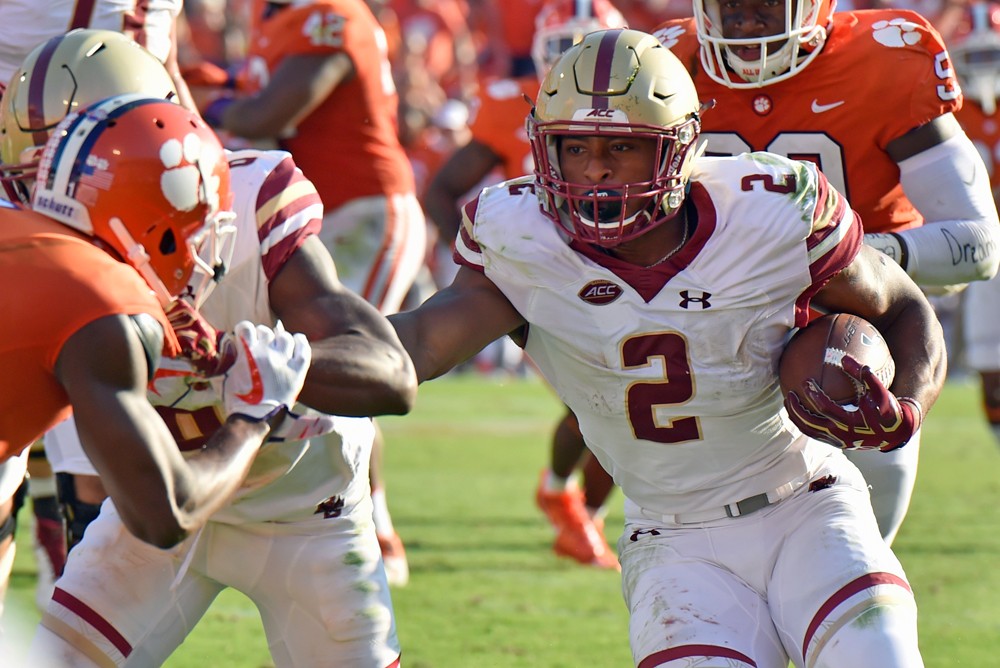 In addition, the strategic plan seeks to strengthen competitive excellence by setting high goals for all 31 of BC’s varsity teams; recruiting and developing the best coaches and student-athletes; achieving top-25 rankings in football and men’s basketball; and building sports analytics capabilities that utilize data and insights to improve performance.

The strategic plan also calls for enhancing facilities in Conte Forum to address the needs of BC’s men’s and women’s basketball and hockey programs; adding additional space for player development for baseball and softball within the Harrington Athletics Village on the Brighton Campus; and renovating locker rooms and enhancing strength and conditioning, sports medicine and nutrition areas for BC’s Olympic sports.

“Our goal is for BC football and basketball to be consistently ranked in the top 25; to maintain and enhance the elite status of our hockey program; and bolster all of our varsity sports to achieve competitive excellence,” said Jarmond.  “All of this will involve major fundraising, and we plan to be more aggressive than ever before to address these important needs through the Greater Heights campaign.”

Lastly, the plan aims to increase external engagement among fans by enhancing the game-day experience for all athletics events; increasing the promotion of BC Athletics though social media; and creating new, innovative platforms to promote the BC Athletics brand.

“Outside of our student-athletes, our fans are our most important asset,” said Jarmond. “They allow our players to compete in an exciting environment. Our focus is on how we make things easier for our fans to be engaged and create a deeper connection. We have had success through our ride-share program, improved food offerings, the addition of beer and wine in Alumni Stadium and Conte Forum, and the launch of FLIGHT for graduates of the past 10 years to easily access our football, basketball, and hockey events. But we plan to do much more, with the goal of elevating the game-day experience for all of our venues.”

“We are one of only four NCAA Division I institutions with more than 25 sponsored sports, an athletics budget of at least $50 million, and an enrollment of more than 5,000 students. We are consistently ranked in the top five in the ACC in academic progress rate and graduation success rate with an overall GSR of 95 percent for all student-athletes. We have a lot to be proud of, but so much more to do. It is a new today for BC Athletics, and I am very excited about our future.”

Jarmond said these four strategic priorities, coupled with an aggressive push for donations from alumni, parents, former athletes, corporate partners, and other members of the BC community, provide a clear vision for the future that will help ensure the success of BC Athletics.

“We are one of only four NCAA Division I institutions with more than 25 sponsored sports, an athletics budget of at least $50 million, and an enrollment of more than 5,000 students. We are consistently ranked in the top five in the ACC in academic progress rate and graduation success rate (GSR) with an overall GSR of 95 percent for all student-athletes. We have a lot to be proud of, but so much more to do. It is a new today for BC Athletics, and I am very excited about our future.”

Vice President for Development Beth McDermott says that the $150 million Greater Heights campaign represents a unique moment in time for the entire BC community to support BC Athletics and the promise it holds for the future.

“Boston College Athletics has an almost singular ability to galvanize our community, on-campus, across the country, and increasingly around the world,” said McDermott. “The Greater Heights campaign celebrates that idea.  It will help the most passionate fan to better understand the dynamics of building a program that is consistently competitive, and it also invites the casual fan to take a closer look and discover the deep commitment that our program has to student formation, in keeping with BC's Jesuit ideals.

“Greater Heights underscores the fact that to be a BC student-athlete, you must perform at the highest levels—athletically and academically.  The Campaign calls on us to support these young people fully, whenever and wherever they compete, and as they prepare for life beyond Boston College.  To do anything less would not be who we are, and it would not be true to BC.”

Read more about the strategic plan from Boston College Athletics.