The McMullen Museum of Art at Boston College has acquired a rich trove of Coptic textiles, and an extensive library of accompanying volumes, from collectors Donald and Barbara Tellalian of Newton, Massachusetts.

The Tellalians—who have a long history with the McMullen as both exhibition lenders and visitors—chose the museum to house these important works to ensure that they are accessible to future generations of students, scholars, and the public.

The Tellalian Collection—which comprises thirty-four Late Antique/Coptic textiles from the fourth to eighth century—is significant due to the quality, importance, and conservation of the textiles, as well as the related comprehensive library of 129 books and folios, many of which are rare volumes. Such textiles are thought to have been produced by Copts (Christian Egyptians) and other weavers throughout the Byzantine Empire. Their designs and motifs influenced the visual repertoire of the early Islamic period.

“The McMullen Museum is delighted to receive this transformational gift of one of the finest private collections of Late Antique textiles,” said McMullen Museum of Art Director Nancy Netzer, a professor of art history. “These works of art provide material evidence that complements the research and teaching interests of many Boston College faculty who focus on the transition from paganism to Christianity in the Late Antique world.

“Newton residents Don and Barbara Tellalian welcomed Boston College undergraduates to begin researching textiles in their collection for display in the McMullen exhibition Roman in the Provinces: Art on the Periphery of Empire in 2015. During that process, the Tellalians became our and the students’ role models as generous, scholarly collectors dedicated to passing on knowledge to future generations,” according to Netzer.

The goal of the Tellalians—who collected the works over a 40-year period, through the late New York City antiquities dealer Charles Dikran Kelekian, as well as other international dealers and auction houses—is to make available for study and exhibition their carefully curated and conserved collection of textiles at the McMullen. Plans are underway to exhibit the collection at the McMullen Museum, and to publish the works in an e-monograph.

“We are pleased that the Tellalian Collection and our corresponding library will be housed at the McMullen Museum of Art, so that students, scholars and academics may have access and hold future promise for discovery,” said Don Tellalian. As founding principal of Tellalian Associates Architects & Planners, LLC, he spearheaded many projects for Boston-area cultural institutions.

They also hope to “encourage others, who may have similar types of collections, to consider the McMullen as a repository. Those with artwork or collections can have influence and their donations have a significance that endures beyond the lives of the original owners,” noted Barbara Tellalian, nonprofit development consultant, recognizing the value of such gifts.

“We realized that, under the leadership of Nancy Netzer and her colleagues at the McMullen, the libraries, and the University, the collection of textiles and corresponding library would not just be buried in storage, but would be an integral part of the education at Boston College,” added Don Tellalian. 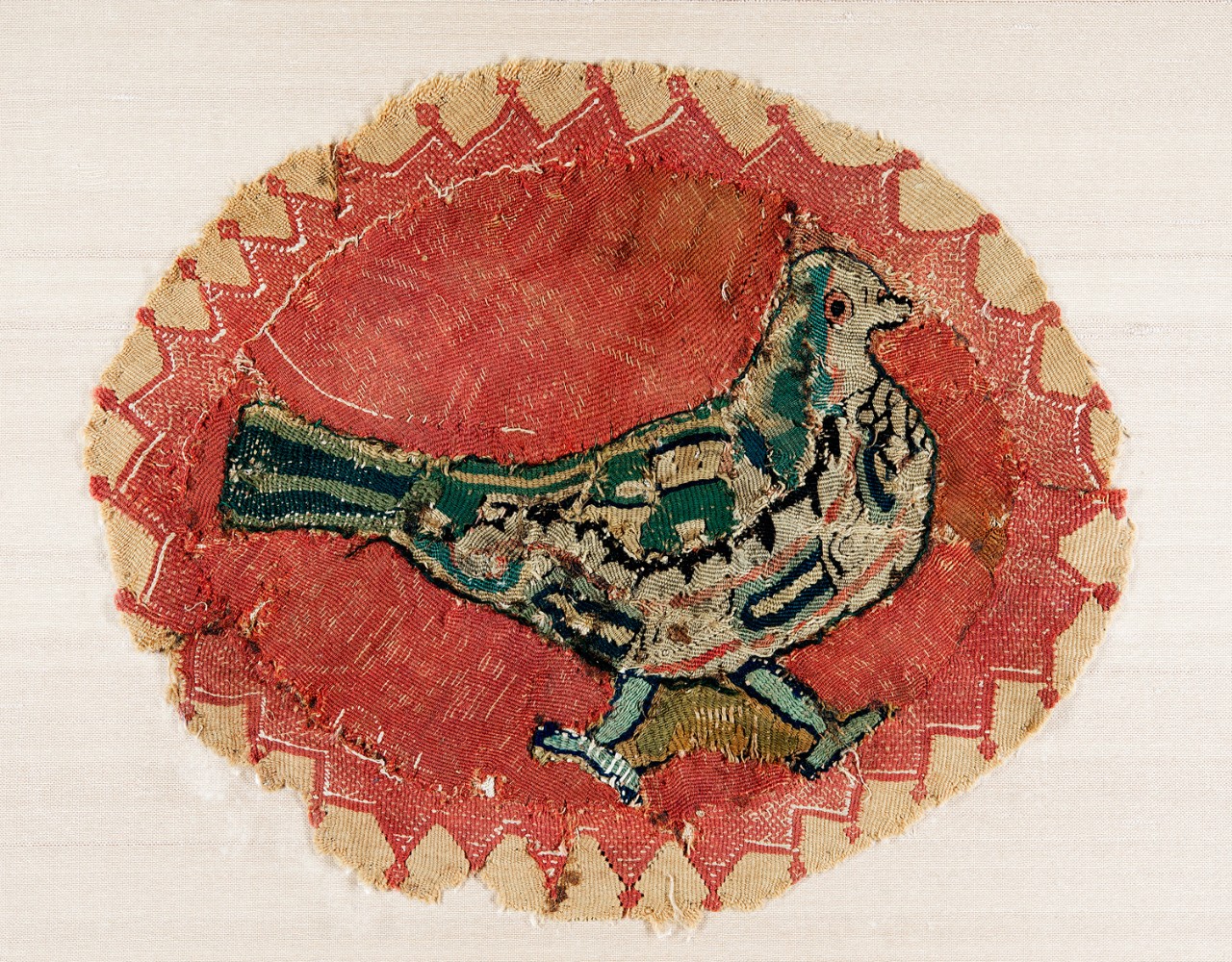 The donors’ introduction to the McMullen Museum was in 2008, with an exhibition of the work of Georges Rouault, who they say is “one of our favorite artists. Since then, we have enjoyed many of the McMullen’s subsequent exhibits, each memorable and thoughtfully presented.

“In preparation for the 2015 exhibit Roman in the Provinces, which incorporated many of the textiles from the collection, we were delighted to interface with the students who each selected a textile for research and report. Their work was exceptional,” according to the Tellalians.