Endeavor is a free three-day virtual career exploration program during winter break that will empower you to take control of your career journey. Through reflective exercises, conversations with alumni, and industry immersions with employers, you will explore the fit of a few career options and leave knowing at least one career field you are interested in further exploring.

Due to alumni availability and to ensure the safety of our community, Endeavor will be virtual this year. You will be able to participate from home and not cut your winter break short. Low commitment, high reward!

NEW THIS YEAR: We are offering $250 mini-scholarships to students with high financial need in order to offset the lost wages from days not working while attending the program.

Endeavor is designed to help you better understand how the skills you are gaining through your coursework and extracurricular experiences translate to potential careers. You will be led through the three-day program by past participants, known as Endeavor Fellows, along with Career Center staff and returning alumni.

By the end of Endeavor, you will be empowered to take control of your career journey. In addition, you will be able to:

“Endeavor transforms the daunting task of deciphering one’s future into an exciting adventure of opportunity and possibility.”

Bill is the founder of Convective Capital, an investment firm that backs entrepreneurs applying technology to prevent, suppress and mitigate wildfire-related impact.

Previously, Bill was the founder and CEO at WePay, which he started at 23 and led for 12 years through its acquisition by J.P. Morgan Chase. At J.P. Morgan, Bill ran the SMB payments business, and led strategic investments in Toast, Touchbistro and Freshbooks. He has been named one of Bloomberg’s Best Young Tech Entrepreneurs & WePay was consistently named a Best Place to Work.

Bill is an early stage investor in over 50 technology companies and previously was a part-time partner at Y Combinator. Bill also serves on the Board of Directors at PayNearMe.

Bill & his wife Katey split their time between San Francisco and Boonville, CA where Bill is a volunteer firefighter with the Anderson Valley Fire Department. Bill is an avid pilot and skier, and holds a B.S. in Computer Science from Boston College.

A look inside the three-day experience

Past participants tell stories of how Endeavor helped them connect their skills, interests, and values to meaningful career opportunities. 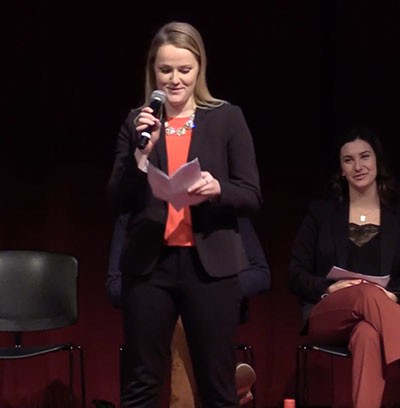 A Shift in Mindset

Economics major Alycia Carroll found herself confused and conflicted. She liked her classes, was doing well in them, but they didn’t bring her joy. The social justice work she experienced in her Pulse class did. At Endeavor, Alycia met an alumna working for a big company making positive social change, proving to Alycia you could do both. 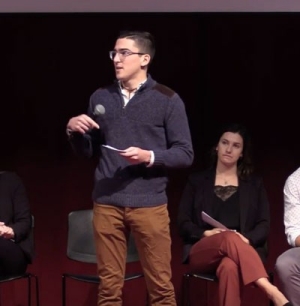 When One Door Closes

As the son of two doctors, Brian Kusior assumed he would naturally follow in his parents’ footsteps. After receiving his first C in chemistry, a class he excelled at in high school, feelings of self-doubt began to emerge. Was the pre-med track right for him? Endeavor began a journey of self discovery that would lead him to new and unexpected choices. 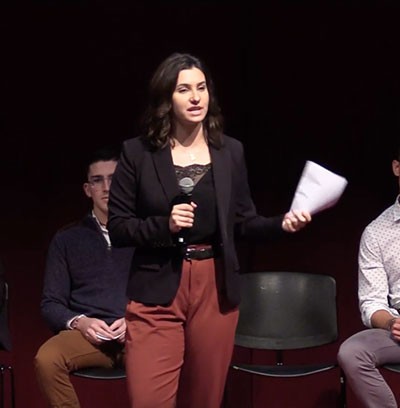 Communication major Elena Akins felt overwhelmed by the number of career options available to her. She knew she wanted a job that would have a direct and meaningful impact on people, but what career path would lead her there. A simple piece of advice she received at Endeavor helped narrow the field and introduced an unexpected career choice.