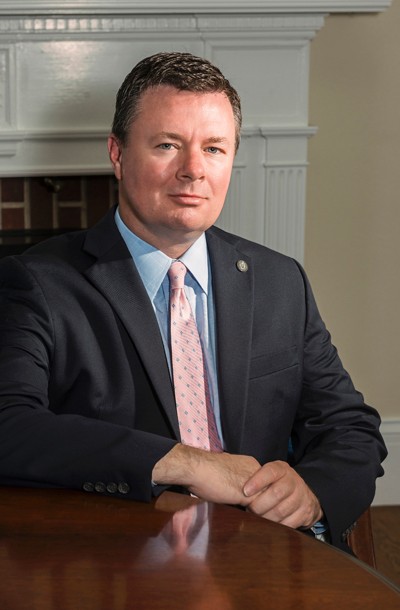 Michael received a BS in accounting from Boston College’s Carroll School of Management in 1993 and an MBA, also from the Carroll School in 1999.  A native of Utah, he served as a sergeant in the United States Military Intelligence Corps before enrolling as an undergraduate at Boston College. Lochhead served as Vice President for Administration and Finance and Treasurer of the College of the Holy Cross for 10 years and for three years as Assistant Vice President for Business and Finance at the University of San Francisco. He also served in the Higher Education Consulting practice at Arthur Andersen LLP, where he worked with university leaders to assess business processes and develop strategic financial initiatives.  Michael lives in Southborough, Massachusetts with his wife Christina (MCA&S ’92, LGSOE ’95) and their four daughters.  His daughter, Riley, is a member of the Morrissey College of Arts and Sciences Class of 2021 and  his daughter, Caitlin, is a member of the Lynch School of Education and Human Development Class of 2023.