Toward a Culture of University Ethics

This conference aimed to raise a range of ethical issues that unfortunately, but routinely, arise at institutions of higher education: undereducated student athletes; unsustainable tuition; gender bias; sexual violence; cheating and plagiarism; accountability of tenured faculty, administrators, and trustee members; binge drinking; conflicts around race, class and homophobia; treatment of adjunct faculty. The list goes on. The simple question that this conference engages is: When we connect the dots of all these varied ethical interruptions and see that what they all have in common is the university, ought we not ask, "Does the university culture promote or enable these harmful, compromising policies and practices? And if so, what do we do?"

Sponsored by the Jesuit Institute, Boisi Center for Religion and American Public Life, Institute for the Liberal Arts, and Lowell Humanities Series.

Kelley Adams is an advocate and the Assistant Director of Violence Prevention & Response at the Massachusetts Institute of Technology, in addition to being on the board at the Take Back the Night Foundation. She is best known for her work on one of the first sexual assault campus climate surveys, the 2014 MIT Community Attitudes on Sexual Assault survey.

Tim Balliett, PhD is the first University Ethics Officer in the Office of Ethics and Compliance at The Pennsylvania State University. In his role as Ethics Officer, he works with administrators, faculty, staff, and students to develop, implement, and support, programs, standards, policies, education and assessment involving the University’s ethics, values, and culture.

Goldie Blumenstyk is a reporter and an editor at The Chronicle of Higher Education since 1988.  She is nationally known for her expertise on for-profit higher education, college finances, and university patents and the commercialization of academic research. Her book, American Higher Education in Crisis? What Everyone Needs to Know, was published by Oxford University Press in 2014.

Nicholas A. Bowman is the director of the Center for Research on Undergraduate Education and an associate professor in the Department of Educational Policy and Leadership Studies at the University of Iowa. He uses a social psychological lens to examine college experiences and outcomes; his research has been cited over 2,000 times.

Matthew Carnes, SJ, is an associate professor in the Department of Government and the Edmund A. Walsh School of Foreign Service at Georgetown University, and he currently serves as the director of Georgetown’s Center for Latin American Studies. His research examines the political dynamics of labor and social welfare policy in Latin America. In 2015-2016, he served as a member of the Georgetown University Working Group on Slavery, Memory, and Reconciliation.

Ronald  G. Ehrenberg is the Irving M. Ives Professor of Industrial and Labor Relations and Economics, a Stephen H. Weiss Presidential Fellow, and Director of the Cornell Higher Education Research University at Cornell University. He has served as a Cornell Vice President and Trustee, as well as a Trustee of the 64 campus SUNY system, is the author of Tuition Rising: Why College Costs So Much, and is a recipient of the Howard Bowen Distinguished Career Award from the Association for the Study of Higher Education (ASHE).

Debra Erickson is Visiting Assistant Professor of Religious Studies at Bucknell University and an advocate for the interests of contingent faculty within her field. In addition to university ethics, she has written on casuistry in environmental ethics and on women and war, and is co-editor of a volume of critical essays on the work of Jean Bethke Elshtain, forthcoming with University of Notre Dame Press.

James Finkelstein is Professor Emeritus of Public Policy at George Mason University.  He is a widely cited authority on presidential appointments and has recently completed a series of studies on presidential contracts, board services and searches.

Benjamin Ginsberg is the David Bernstein Professor of Political Science at Johns Hopkins and author of "Fall of the Faculty."

Janet E. Helms, PhD, is the Augustus Long Professor in the Department of Counseling, Developmental, and Educational Psychology and Founding Director of the Institute for the Study and Promotion of Race and Culture at Boston College. Dr. Helms has about 100 books, book chapters, and journal articles with a race or culture focus; of these, her favorite is A Race Is a Nice Thing to Have.

Scott Jaschik is editor and co-founder of Inside Higher Ed. He has been writing about issues in admissions (and higher education more broadly) for more than 25 years.

Jackie Jenkins-Scott has devoted her 35-year career to leadership of nonprofit mission-driven institutions, both as CEO of Boston’s Dimock Community Health Center and for twelve years as President of Wheelock College.  She raises awareness about a range of public sector issues, including access to higher education and health care on a national and global scale by speaking and writing in a variety of media including her monthly blog on Huffington Post.

James Keenan, SJ, is the Canisius Professor and Director of the Jesuit Institute at Boston College.  He is author of University Ethics: How Colleges Can Build and Benefit from a Culture of Ethics (Rowman and Littlefield, 2015)."

Kevin Kruger is the President/CEO of NASPA – Student Affairs Administrators in Higher Education. He speaks and writes about the important role colleges and universities play in supporting student success for low-income, first generation and students of color. He is the proud father of a college freshman and high school sophomore.

Brian Linnane is president and professor of theology at Loyola University Maryland in Baltimore. A graduate of Boston College, he did his doctoral work in religious ethics at Yale University and taught at the College of the Holy Cross before being elected president of Loyola in 2005.

Maria Maisto is a long-time adjunct faculty member who co-founded and serves as president of the national nonprofit advocacy organization New Faculty Majority and as executive director of its affiliated foundation.  She earned undergraduate and graduate degrees from Georgetown University, left the University of Maryland ABD to raise her family, and has spoken and published on teaching and learning conditions for contingent faculty and their students in numerous venues, including in 2013 testimony before a congressional committee.

Peter Markie is Professor of Philosophy and Curators’ Distinguished Teaching Professor at the University of Missouri, where he has also served as a department chair and Vice Provost for Undergraduate Studies; he has served on the Board of Directors of the American Philosophical Association and chaired its Committee on the Status and Future of the Profession.  His teaching interests and related research publications range from epistemology to theoretical and applied ethics; his publications in the area of university ethics include A Professor’s Duties (Rowman and Littlefield, 1994) and essays in collections on ethical issues concerning the relations between professors and students.

Margaret A. McKenna is an educator and lawyer a lifelong advocate for educational equity and social justice. McKenna began her career as a civil rights lawyer serve as president of two university a major corporate foundation, and official and the White House in the US Department of Education. She has written numerous articles and spoken widely on issues of leadership and social change impact philanthropy the educational opportunity gap in the role of gender and power.

Ruth J. Simmons was President of Brown University from 2001-2012.  Under her leadership, Brown made significant strides in improving its standing as one of the world’s finest research universities.  A French professor before entering university administration, President Simmons held an appointment as a Professor of Africana Studies at Brown. After completing her Ph.D. in Romance Languages and literatures at Harvard, she served in various faculty and administrative roles at the University of Southern California, Princeton University, and Spelman College before becoming president of Smith College, the largest women’s college in the United States.  At Smith, she launched a number of important academic initiatives, including an engineering program, the first at an American women’s college.  Simmons is the recipient of many honors, including a Fulbright Fellowship to France, the 2001 President’s Award from the United Negro College Fund, the 2002 Fulbright Lifetime Achievement Medal, the 2004 Eleanor Roosevelt Val-Kill Medal, the Foreign Policy Association Medal, the Ellis Island Medal of Honor, and the Centennial Medal from Harvard University.  Simmons is a member of the National Academy of Arts and Sciences, the American Philosophical Society, and the Council on Foreign Relations, and serves on the boards of Texas Instruments, Chrysler, Mondelez  and Square, as well as a number of non-profit boards.  Awarded numerous honorary degrees, she received the Brown Faculty’s highest honor: the Susan Colver Rosenberger Medal in 2011.  In 2012, she was named a ‘chevalier’ of the French Legion of Honor.

Ximena Zúñiga, Ph. D., Professor, College of Education, University of Massachusetts Amherst . She is a national leader of diversity education and critical approaches to dialogue across differences in higher education. She has co-edited and co-authored several books including  Intergroup dialogue in higher education: Meaningful learning about social justice (2007), Dialogues across Differences (Russell Sage, 2013) and Engaging Identity, Difference and Social Justice (Routledge, 2014).

The Silos of the University—Benjamin Ginsberg, Goldie Blumenstyk, and Kevin Kruger 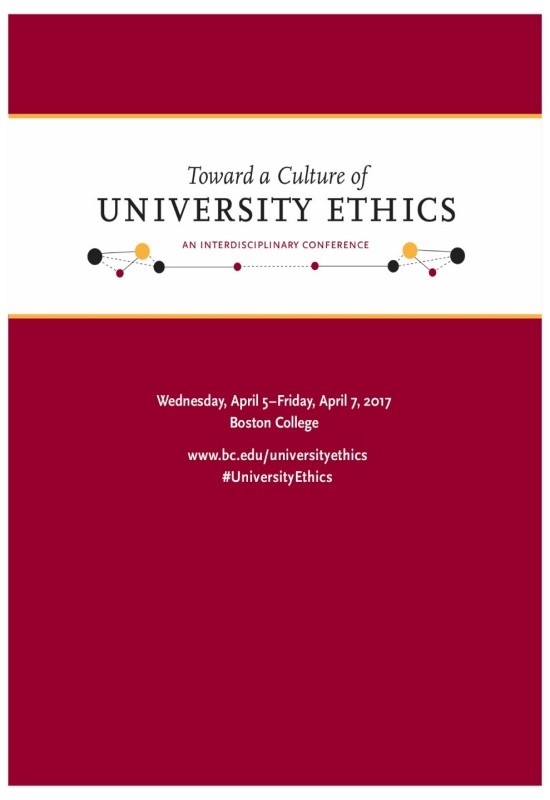