Psychology's Liane Young recognized by the preeminent organization for experimental study of cognition. 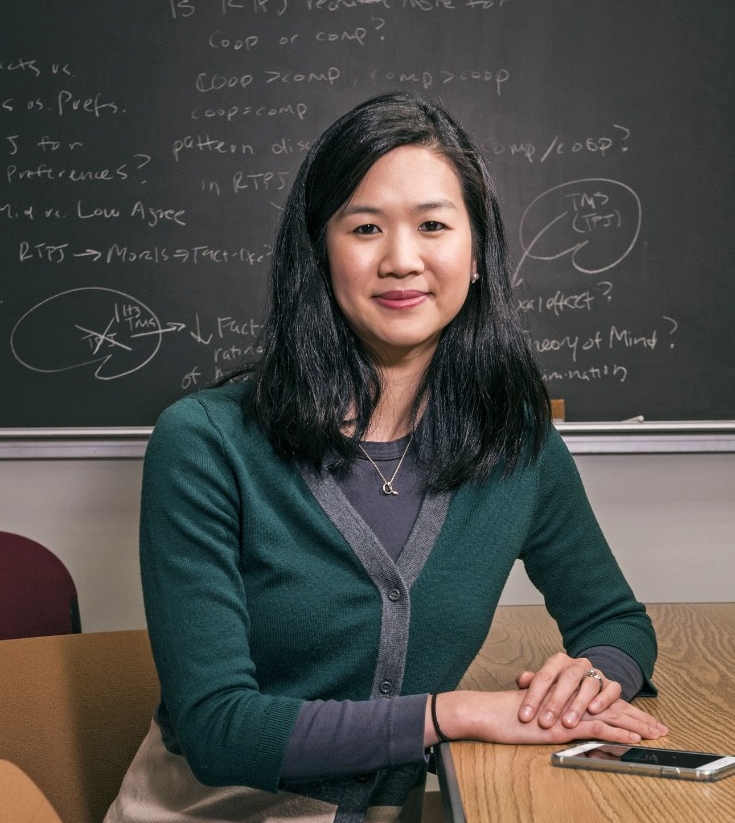 In recognition of her outstanding contributions to scientific psychology, Boston College Associate Professor of Psychology Liane Young has received the Early Career Award from the Psychonomic Society, the preeminent organization for the experimental study of cognition.

Society members are cognitive psychologists,  including some of the most distinguished researchers in the field, who study basic, fundamental properties of how the mind works by using behavioral techniques to better understand mental functioning.

The society cited Young’s use of “methods from social psychology and neuroscience (i.e., functional neuroimaging and transcranial magnetic stimulation), to investigate moral judgment and social cognition.

Recent research in Young’s lab has focused on the psychological and neural basis of distinct moral norms (e.g., harm, purity) and the role of theory of mind across social contexts (e.g., cooperation, competition). Ongoing work examines human virtue and the role of reason in moral judgment and decision-making.”

In November, this year’s honorees will receive the award and a cash prize at the Psychonomic Society Annual Meeting in New Orleans. Attendees will include some 2,600 cognitive psychologists from more than 40 countries, representing some of the field’s most distinguished researchers, innovative early career investigators, and graduate students.

Young’s work has received widespread acclaim and support. Among her other honors are the Stanton and William James prizes from the Society for Philosophy and Psychology; a Sloan Research Fellowship; a Dana Neuroscience Scholar award; an Innovation Award from Society of Personality and Social Psychology; and an Early Career Award for Distinguished Scientific Contributions to Social Neuroscience from the Society for Social Neuroscience.