Covering approximately 660,000 square miles, the Greenland ice sheet serves as a bellwether of climate conditions such as the Earth’s temperature and projected sea-level rise.

Scientists trying to learn more from the largest ice sheet outside of Antarctica have had only a historically limited view into its past – just the last 125,000 years. But a new report in the December 8 edition of the journal Nature offers a first detailed climatological history, dating back 7.5 million years, of the Greenland ice sheet. 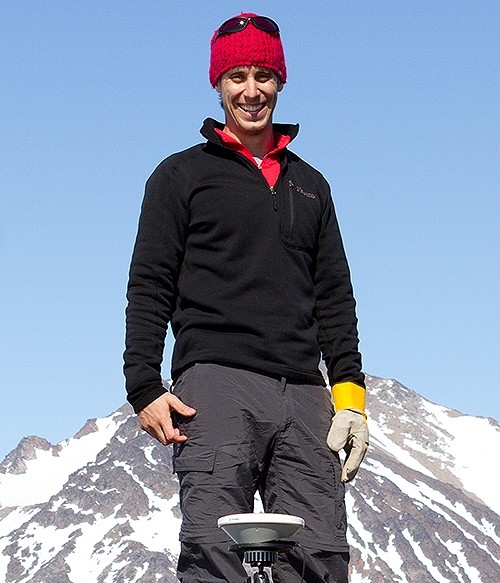 The team’s study of sandy deposits swept out to sea by rivers of glacial run-off across eastern Greenland suggests the ice sheet has been a “persistent and dynamic” presence that has melted and re-formed periodically in response to temperature fluctuations of just a few degrees, confirming that the ice sheet is a sensitive responder to global climate change.

“We wanted to develop a better understanding about how the Greenland ice sheet has survived prior eras of warming and periods of deglaciation,” co-author and Boston College Assistant Professor of Earth and Environmental Sciences Jeremy Shakun said. “Looking back millions of years contributes to our understanding of how much the Earth needs to warm before the ice sheet deteriorates.”

The findings appear along with a report by another team of researchers, who reached a different conclusion studying a bedrock sample taken from beneath today’s ice sheet. Their findings point to a 280,000-year span about 1.1 million years ago when Greenland was ice-free, which runs counter to scenarios used in current computer models.

“These results appear to be contradictory—but they may not be,” said University of Vermont geologist Paul Bierman, one of Shakun’s co-authors. He noted that both studies have “some blurriness” in what they are able to resolve about short-term changes and the size of the ancient ice sheet. “Their study is a bit like one needle in a haystack,” he says, “and ours is like having the whole haystack, but not being sure how big it is.” 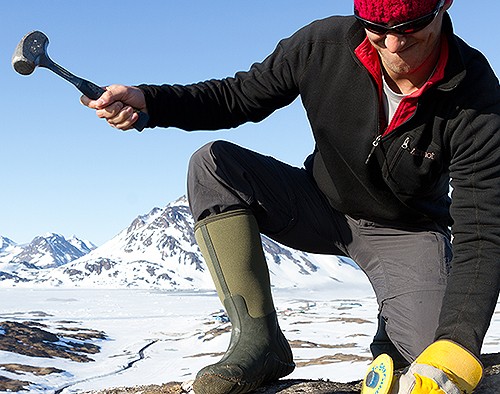 Developing a clear picture of glacial activity across millennia presents a number of challenges, said Shakun, a geologist who specializes in paleoclimatology, which focuses on revealing the climate’s ancient history. As glaciers move and melt, they scrape and wash away much of the geological evidence from the landscape below.

So the researchers turned their investigation to a place that serves as a natural repository of stone, sand and silt: the coastal seafloor.

Stored in a massive warehouse in Germany are oceanic sediment borings collected from around the world. The team selected sand-sized samples from two cores – together stretching almost five football fields in length – taken from the east coast of Greenland, said Shakun.

Then they applied a technique that measures the chemical signatures of two elements, Beryllium and Aluminum, which are stored in quartz as it is exposed to cosmic radiation. The strengths of those signatures reveal the extent of exposure to the sky and, when combined with dating techniques, can offer a clearer timeline of when the original source material was left uncovered by retreating ice.

The analysis found from the beginning of the Ice Ages 3 million years ago up until about 1 million years ago the size of the Greenland ice sheet fluctuated during relatively short cooling and warming cycles – lasting in the range of 40,000 years, Shakun said.

But within the past 1 million years, the cycles became longer, perhaps lasting as long as 100,000 years, and left ice on Greenland the vast majority of the time, he said.

Notably, the difference in temperature between the two intervals was tiny, suggesting minor warming above today’s conditions may be enough to melt back much of the ice sheet, the team found.

Understanding the climate sensitivity of the Greenland ice sheet – which is roughly six times the size of the state of California – holds implications for scientists and policy makers trying to better understand the impact of a rise in temperature of just a few degrees on current and future deglaciation, sea-level rise, and coastal flooding. 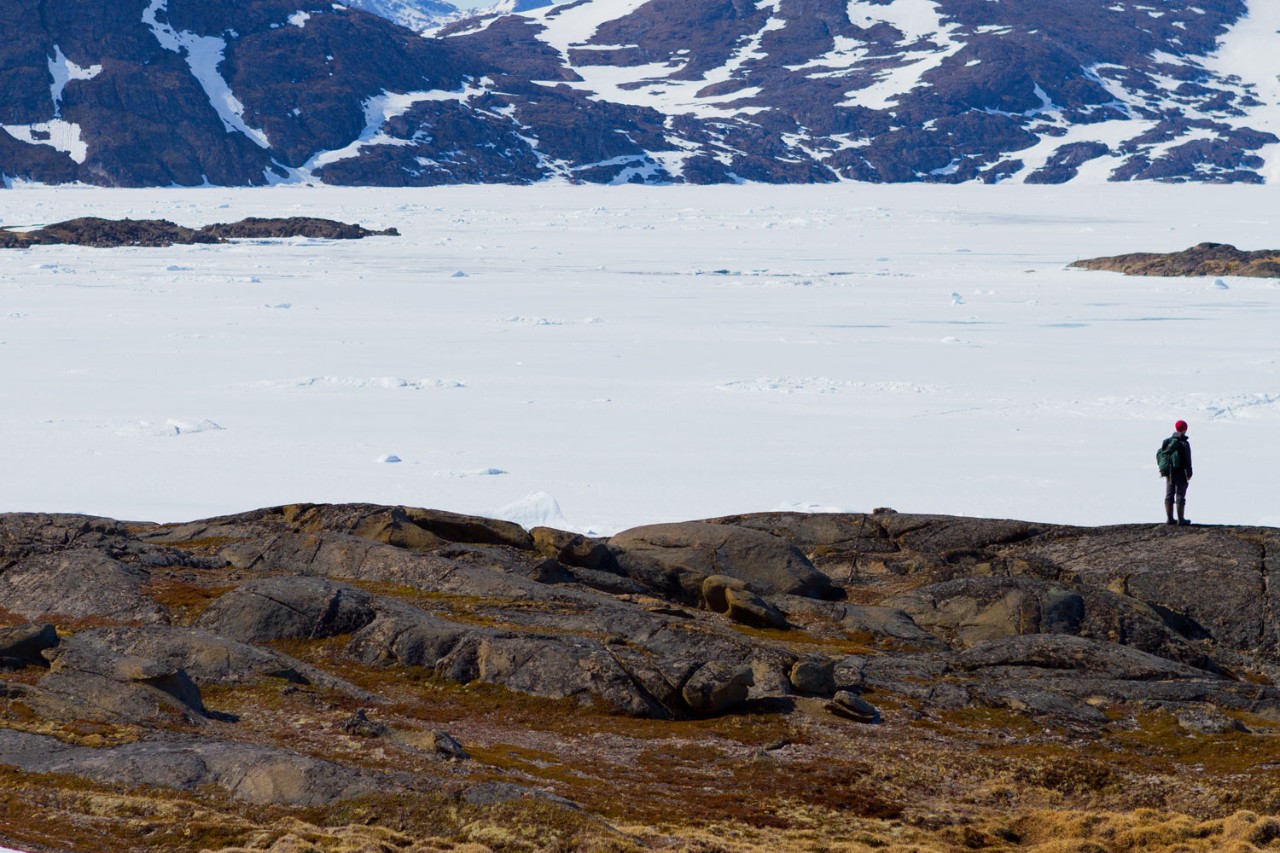 “An ice sheet is a big, slow beast," said Shakun. “It helps to keep the planet cool and it is the biggest wild card in projecting sea-level rise.”

The teams’ next step is to study additional samples to develop a more expansive history of the ice sheet across the entirety of Greenland. The new report is an important confirmation of “proof of principle” for the research approach, a significant value in itself, said Shakun.

Read the report, "A persistent and dynamic East Greenland Ice Sheet over the past 7.5 million years." in Nature.