A multidisciplinary team led by a BC microbiologist is studying the role of the immune system in the emergence of antibiotic-resistant bacteria.

Boston College microbial systems biologist Tim van Opijnen has been awarded a five-year, $10 million grant by the National Institutes of Health to lead a multidisciplinary team that will study the role of the immune system in the emergence of antibiotic-resistant bacteria.

The research could serve as the foundation for the development of technological applications to help scientists to forecast drug resistance in certain bacteria and identify effective courses of treatment for bacterial infections.

“There are three factors at play: host, bacteria, and antibiotic,” said van Opijnen, who uses robotics, high-throughput sequencing and computational methods to study bacteria and antibiotic resistance. “In reality, we have very little understanding of how these three work in relation to and with each other.” 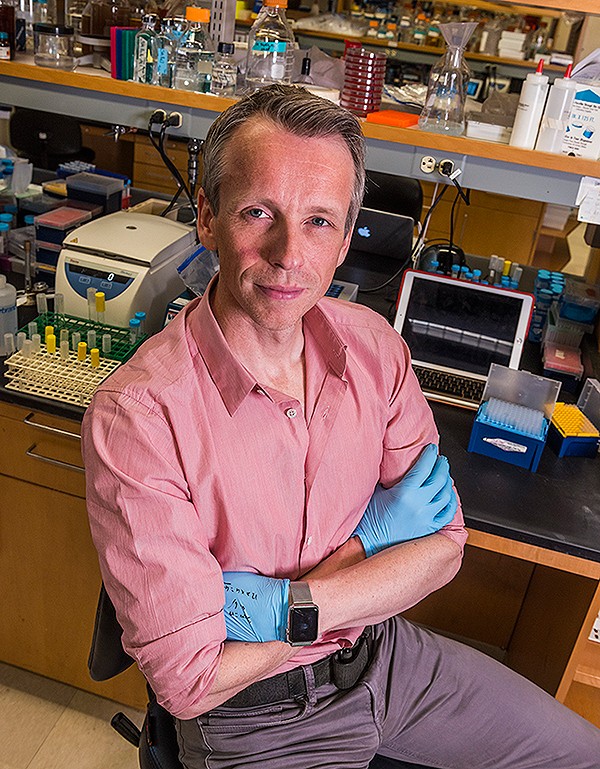 Since their introduction 70 years ago, antibiotics have been used to treat patients with bacterial infections. Over time, many infectious organisms have adapted to the drugs designed to kill them, making those treatments less effective.

The project will use cutting-edge genomics research tools and techniques, including transposon sequencing, or Tn-seq, a technique that can quickly comb through millions of genetic sequences and single out gene functions in bacteria. Van Opijnen has developed Tn-seq, which he has used to identify certain genes in bacteria that support their escape from the disease-fighting capabilities of the immune system.

“We want to comprehensively determine how bacteria interact with the immune system of the patient and how these interactions permit or prevent the evolution of antibiotic resistance,” said van Opijnen.

The team will use high-volume genomics sequencing, full-genome sequencing, immune system monitoring, neural networks and active learning techniques during the five-year study, which has been funded by the NIH’s National Institute of Allergy and Infectious Diseases.

The grant brings together evolutionary biologists, infectious disease specialists, computer scientists and mathematicians in an effort to improve the use of the massive quantities of data produced by high-throughput sequencing, van Opijnen said.

“Biology is flooded with data, but our analytical tools can be much more sophisticated than they are now,” he said. “What we need to reach that level of sophistication is a cross-over to other disciplines that doesn’t happen often enough now. This project is a chance to make those connections.” 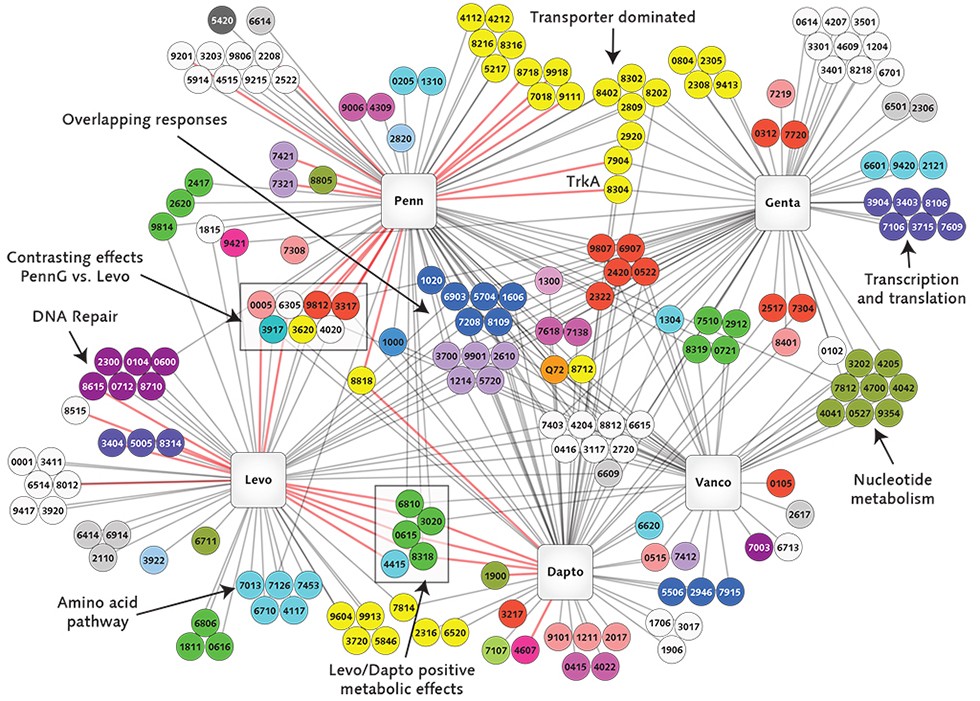 This illustration, developed by Boston College Assistant Professor of Biology Tim van Opijnen, reflects the interactions of the genes of the potentially deadly bacterium Streptococcus pneumoniae with five antibiotics.

Bento, whose work will focus on developing the instructions that guide the analysis and future use of the data, agreed.

"I am very excited about this collaboration with Tim,” said Bento. “It is focused on solving a pressing problem and coming up with solid new ideas that might help solve other new problems. Both Tim and I have to learn how to speak a new 'language' of another discipline and in doing so I hope we'll bring new perspectives, in problems and solutions, to both his field and my field."

Central to reducing the toll of antibiotic resistance is understanding how patient, bacteria, and drug interact.

“The immune system is essential in getting rid of infection. It is not just the drug,” said van Opijnen.