A new, first-of-its-kind study led by researchers from Boston College has found that personal networks in India could play an important role in advancing the adoption of a cleaner cooking fuel, in this case liquefied petroleum gas, according to a report published in the journal Environmental Research Letters.

“This is the first report in clean cooking research to show that just like with tobacco use, obesity, or physical activity—where our networks play a role in shaping our behaviors and decisions—we find that personal networks are also associated with what kinds of stoves rural poor use,” said study co-author and Boston College Assistant Professor of Social Work Praveen Kumar. 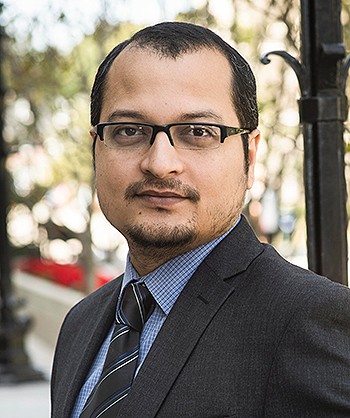 In rural India, particularly among those living in poverty, households rely widely on solid fuels such as firewood, charcoal, animal dung, and crop residue for household cooking. This use of traditional stoves has been linked to adverse health outcomes for household members and neighbors.

It has been estimated that household air pollution accounted for roughly 600,000 premature deaths in India in 2019, making it a leading cause of preventable deaths in the nation of 1.4 billion residents.

Government and non-governmental organizations have worked for decades to try to shift households to cleaner fuel sources, but slow progress has been attributed to economic, educational, and demographic barriers.

The researchers studied 198 respondents from roughly 30 villages in the southern Indian state of Andhra Pradesh. Respondents split evenly between those who adopted LPG and those who chose not to.

“We found that if there are a higher number of peers or friends who have cleaner cooking technology, that increases the likelihood of respondents to also have cleaner cooking technology,” said Kumar, a scholar on energy access. “On the other hand if a respondent has a substantial number of friends with traditional cooking stoves, there is a higher likelihood that the respondent also has a traditional cooking stove.”

“This study led by Kumar underscores the importance of behavioral and social drivers in the adoption and use of clean energy technologies, critical for improving health and environmental benefits for the poor,” said Yadama, an authority on dissemination and implementation of clean energy systems to improve health and wellbeing of households in India.

The findings have implications for policy makers seeking ways to continue to convince poor households to shift to cleaner cooking fuels, said Kumar.

“The transition from traditional cooking to clean cooking is critically important—not just in India. This is a global public health problem,” said Kumar. “Governments have been working to support the transition, but more needs to be done. What we’ve found makes the argument that social policy around clean cooking needs to include personal network analysis and social network strategies. If personal networks are so important, there is a need to find residents who are influencers or opinion leaders and build targeted awareness campaigns involving them.”

Kumar said the next steps in the research should explore the threshold of personal networks with cleaner stoves that could transition the households to cleaner cooking.