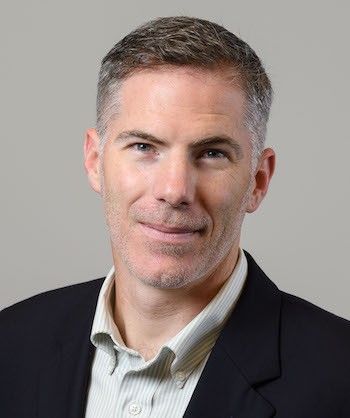 The nascent enterprise will initially focus on the problems of immediate concern facing Catholic schools and educators nationwide.

“There are few esteemed educational researchers who focus on Catholic schools, and the field does not produce enough high-quality research on Catholic education,” said Stanton E.F. Wortham, the Charles F. Donovan, S.J., dean of the Lynch School. “Shaun has both the superior research skills and social capital to launch and advance our study of the pivotal issues confronting U.S. Catholic schools.”

Prior to Vanderbilt, Dougherty was a faculty member at the University of Connecticut’s Neag School of Education, and served as a high school math teacher and assistant principal. He is a Strategic Data Project Faculty Advisor to the Center for Education Policy Research at Harvard University, and has conducted applied policy analyses in several states and large districts as well as for the Thomas B. Fordham Institute and the Manhattan Institute.

Dougherty’s research emphasizes the use of quantitative research methods to evaluate the impact of educational policies and programs. He stresses an understanding of how the requirements, incentives, and behaviors that those policies produce develop human capital and promote equitable outcomes, with a particular focus on how family income, race, and disability status influence policy impact. His work has been published in leading journals, and he’s received research funding from the Institute of Education Sciences, the Smith Richardson Foundation, and the Institute for Research on Poverty, which also recognized him as an Early Career Scholar.

Dougherty earned an Ed.D. in quantitative policy analysis and an M.Ed. in educational studies from the Harvard Graduate School of Education; an M.S. in educational administration from Gwynedd Mercy University, a Catholic college in suburban Philadelphia; and a B.S. in mathematics from the University of Massachusetts-Amherst.

“Existing research is relatively sparse, and not nearly enough is known about governance, policy, finance, instruction, learning, and other aspects of Catholic schooling,” said Dougherty. “CERI can both develop usable knowledge about central issues and cultivate the development of a new generation of researchers with expertise in Catholic education. BC is an obvious place for this initiative, given the rich history and well-established commitment to understanding and supporting Catholic education.”

According to Wortham, the overall goal of CERI is to establish BC as a hub for research on Catholic education.

“To prepare outstanding scholars of Catholic education, we will need to incorporate the expertise of faculty who have not worked in the field,” he said. “By integrating Catholic education and projects within our existing departments, and by engaging other colleagues in the initiative, we will increase the quality and strength of the work, and foster more schoolwide engagement in Catholic education.  Furthermore, BC has an extensive domestic and international Catholic education network that can contribute to the rejuvenation of Catholic schooling in the U.S.”