Recognized for outstanding scholarship in education

Boston College faculty members Matthias von Davier and Andy Hargreaves of the Lynch School of Education and Human Development have been elected to the prestigious National Academy of Education, an honorific society whose members and international associates are chosen on the basis of outstanding scholarship related to education.

They will be among 17 new members inducted during the NAEd annual meeting this November.  Boston College was the only university with two representatives in this current cohort of honorees, and now has a total of six members. 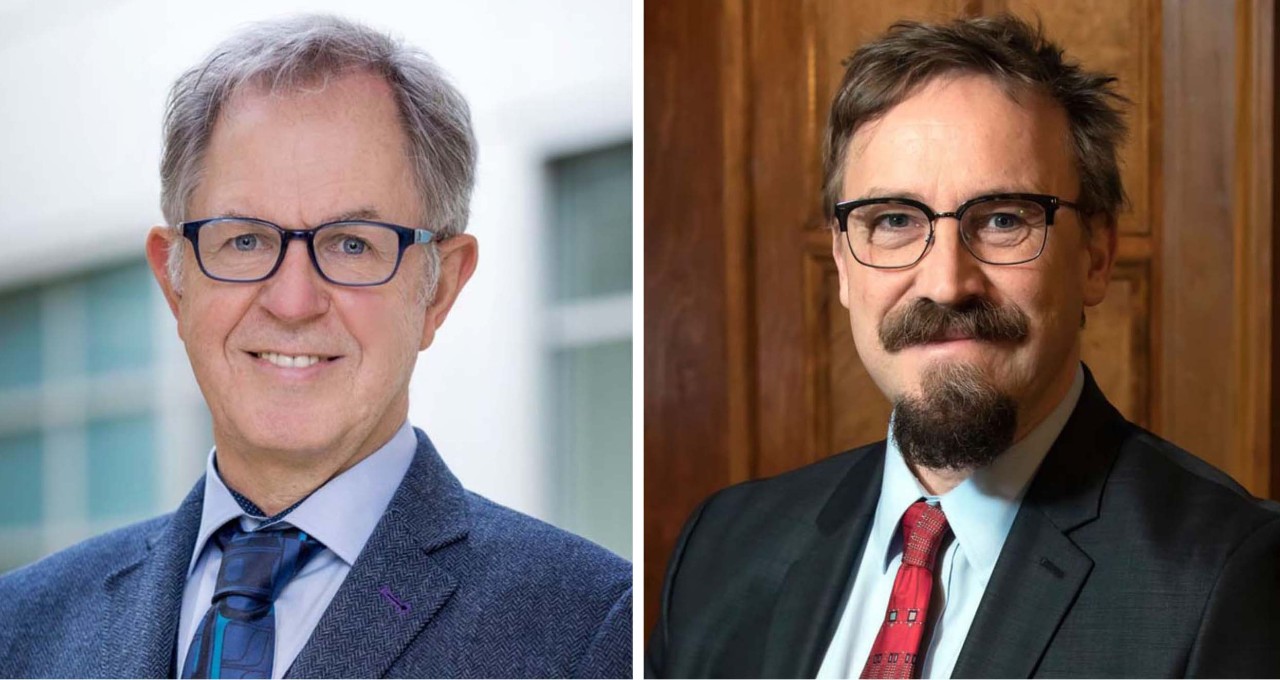 “We are very pleased that the National Academy of Education has recognized the exemplary scholarly accomplishments of our colleagues Matthias von Davier and Andy Hargreaves,” said Stanton E.F. Wortham, the Charles F. Donovan, S.J., Dean of the Lynch School, and an NAEd member. “Their high-quality, high-impact research has made a substantial difference in their academic fields, and for educators and children around the world.”

Von Davier is the Lynch School’s J. Donald Monan, S.J., University Professor in Higher Education, and executive director of the TIMSS & PIRLS International Study Center, which conducts regular international comparative assessments of student achievement in mathematics, science, and reading on behalf of the Netherlands-based International Association for the Evaluation of Educational Achievement.  He formally joined BC in 2020 after serving as the Distinguished Research Scientist at the National Board of Medical Examiners.

Prior to his appointment at the NBME, von Davier was a senior research director at the Educational Testing Service’s Research & Development Division, and co-director of ETS’s Center for Global Assessment, leading large-scale psychometric research and operational analysis for international comparative studies such as the Programme for International Student Assessment, and the Program for the International Assessment of Adult Competencies. He also served as the psychometric advisor delegated by ETS to serve as a member of the project management team of TIMSS & PIRLS.

Von Davier has authored and co-authored more than 130 research articles, chapters and research reports, and edited five books. He holds four patents in areas such as survey analysis methods, parallel computing, test sequences analytics, and mixture modeling. His past honors include the ETS Research Scientist award, the National Council of Measurement in Education Brad Hanson Award for Contributions to Educational Measurement, and the American Educational Research Association’s Division-D award for Significant Contributions to Measurement and Research Methodology.

Hargreaves, a renowned international expert on education reform and its impact, and the former Thomas More Brennan Professor, formally retired in 2017 after 15 years at BC. He continues to serve as a research professor in the Lynch School’s Teaching, Curriculum, and Society department, a visiting professor at the University of Ottawa, and honorary professor Swansea University in the U.K. Out of 20,000 qualifying American education scholars, Hargreaves was ranked No. 15 in this year’s Edu-Scholar Public Influence Rankings for his efforts to shape educational practice and policy.

He is a life member and the former president of the International Congress of School Effectiveness and Improvement, an education adviser to the First Minister of Scotland, and a former advisor to the premier of Ontario. Hargreaves is co-founder and president of the Atlantic Rim Collaborative, a group of nations committed to broadly defined excellence, equity, well-being, inclusion, democracy, and human rights in education.  He is currently developing and researching a national network of schools that serve high-needs populations through play-based learning; implementing inclusive education policies; and building global education policy networks to advance humanistic values.

Hargreaves’ Changing Teachers, Changing Times is among the most mentioned research books on teaching by a living author in all languages.  His most recent books include Well-Being in Schools: Three Forces that will Uplift Your Students in a Volatile World and Five Paths of Student Engagement—both co-authored with Lynch School colleague Dennis Shirley—and Moving, a Memoir of Education & Social Mobility.