Skip to main navigation Skip to main content
BC News > Nation, World & Society > Business & Management > About the Size of It
Channels

About the size of it

Consumers love their super-sizing, even if they don’t realize how much more they’re getting, according to Carroll School of Management Assistant Professor Nailya Ordabayeva. But don’t try to downsize their portions and expect them not to notice – or object. 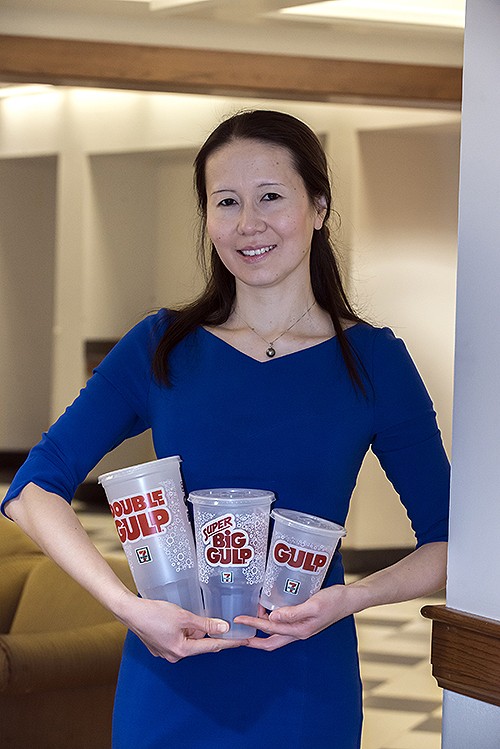 Ordabayeva is the co-author of a recent study that examines why consumers are better at recognizing comparatively smaller portions than larger ones. If they can become equally adept at spotting increased portions, the study argues, consumers could be able to make healthier, cost-effective choices about what they consume.

“For a long time, portion sizes were increasing and consumers were enjoying the increases – the more the better,” says Ordabayeva, a member of the Carroll School’s Marketing Department. “And then in the last few years, the sizes started to decrease, and this generated a consumer backlash against even the smallest reduction.”

Ordabayeva and Pierre Chandon, a professor of marketing at the international graduate business school INSEAD, have published an article on their findings, “The Accuracy of Less: Natural Bounds Explain Why Quantity Decreases Are Estimated More Accurately Than Quantity Increases,” in the Journal of Experimental Psychology.

“We try to understand what might be driving this asymmetric reaction,” she says, “and what we can do to make consumers more receptive to smaller, healthier portions that are more budget- and health-friendly.”

Ordabayeva and Chandon say that as consumers develop a familiarity with the size of the product they buy, a point of reference – a bound – is established in their minds. Consumers are thus able to perceive the range of decreases between that size and the smallest possible bound the product can be, which they know intuitively cannot be less than zero.

But as a familiar portion is increased, the co-authors explain, consumers lose this sense of scale – since there appears to be no inherent bound to the growth – and are unable to cap estimations of supersizing. As a result, consumers underestimate the magnitude of the increases.

“The reason why consumers often over-buy and over-consume products,” says Ordabayeva, “is because they don’t realize how much product in fact is contained in a super-sized package or portion.”

As part of their research, Ordabayeva and Chandon had 510 people estimate five different portions sizes of M&Ms, ranging from 37 in the smallest transparent plastic cup to 592 in the largest. Participants were more accurate in assessing both increases and decreases in quantity when told the maximum amount of candies that the cup could hold. However, when no caps were given, the upward estimates were wildly off, in contrast to the downward estimates.

In a different study, chefs and servers – professionals used to measuring and estimating food – were asked to gauge four different-sized portions of “uncountable” food: mashed potatoes, gazpacho soup and tabbouleh salad. The subjects had to estimate either the final size of each portion or the ratio of change between portions – how many times larger one portion was compared to another. While these professionals were more sensitive to downsizing than to super-sizing when appraising final portion size, their calculations of size ratios reduced the asymmetry between the size increase/decrease estimates.

At a time of concern over Americans’ food-related habits, paying more attention to such perceptions makes sense, say Ordabayeva and Chandon. Dieticians, for example, could recommend their patients focus on estimating ratio of change between portions – instead of the respective sizes – to help reduce the amount they eat. Through judicious packaging redesigns – for instance, changing just one dimension, such as length – marketers could make it easier for consumers to perceive increases or decreases in portions of food products.

Public health policy is another avenue, Ordabayeva adds: Require restaurants to specify the maximum amount of food, in ounces or grams, its plates or containers hold.

“If people know the upper bound of how much they can serve, it helps them be more sensitive to quantity increases and to serve themselves more mindful portions.”

Ordabayeva says retailers should underscore to the public how much is in a super-sized portion, and its potential health impact.

“We know that strategies which help consumers realize how large super-sized packages really are also help them make more mindful decisions, and consumers actually go for smaller packages. But let’s face it, there are some people who like deals, who go to a fast-food place and want to have the largest meal because it’s the best deal available. Then perhaps you should let consumers self-select into such settings and decide. That way, there’s no backlash about retailers ‘tricking’ consumers into buying more or consuming more.”