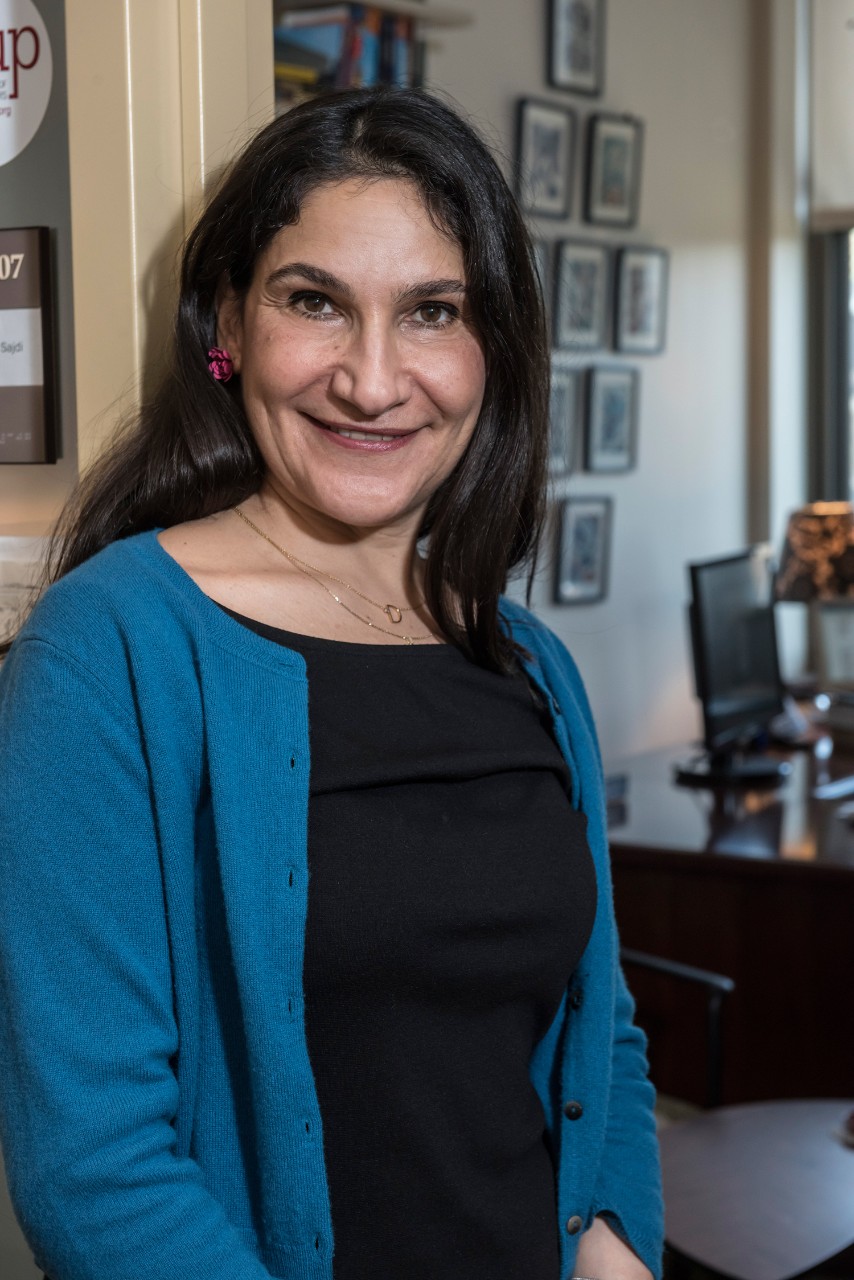 But Sajdi has a very different view of Damascus, a place she visited often as a child (she grew up in the Palestinian territories and Jordan, and studied in Egypt). She sees a city with a rich, layered, cosmopolitan history that spans centuries -– it is one of the world’s most enduringly, continuously inhabited cities – and an impressive, if sometimes complicated, legacy of culture and architecture.

An expert in the history, societies, and cultures of the pre-modern Eastern Mediterranean (the Levant, Egypt, and Turkey), Sajdi has in recent years devoted much of her scholarly work to reconstructing Damascus’ past through exploring the lives and writings of its citizens, scholars and commoners alike.

Having been named a fellow at the Radcliffe Institute for Advanced Study at Harvard University for the 2018-19 academic year, Sajdi will now have the opportunity to focus on her current project in an environment she feels will be both challenging and supportive.

“At Radcliffe, there are not just academics, but artists, journalists, scientists and many other people at the top of their respective fields,” said Sajdi, who joined Boston College in 2008 and teaches various courses on Islamic history. “Excellence means being able to communicate in clear prose without having to revert to a specialized, academic language. At the institute, when I engage with others outside my field, I will be challenged to uphold that standard.

“While I’m personally very honored at being selected,” she added, “I also feel this fellowship reflects very well on my department and colleagues.”

In her current project, “Cityscaping Damascus,” Sajdi is trying to identify an uninterrupted tradition of prose (non-pictorial) topographies of the city between the 12th and 20th centuries. It is a tradition of portrayals of Damascus that she compares to the those of Dutch paintings of Amsterdam and Delft and Venetian city views.  She will use these prose portrayals to write a history of Damascus for both academic and lay audiences.

“I want to bring out the intertextual nature of the tradition – to show how the different texts speak to one another,” she explained. “I pay attention to how certain scholars, through their words and descriptions, exert their power over the city and the way it is represented. At the same time, I want to break down the barrier between word and image and show how words are evocative of pictures.

“Over time, you can see both the harmony and tension that’s arisen as one traces the various perspectives. It’s evident, for example, how some authors have to confront Damascus’ Christian past, because even though by the 12th century Christians had become a minority, their churches are part of the city’s landscape. This speaks to the diverse, pluralistic character of Damascus, as a cosmopolitan city, which was a center of high culture and a node of international commerce – something that needs to be recalled in this age.”

Sajdi’s past research has examined unusual authors whose works illuminate Eastern Mediterranean society from less conventional perspectives. She has examined how the production of texts by new authors reflects larger social and political transformations. Her 2013 book, The Barber of Damascus: Nouveau Literacy in the 18th-Century Ottoman Levant, recounts the story of Shihab al-Din Ahmad Ibn Budayr, a barber who recorded events that took place in Damascus during his lifetime.

Sajdi uses the phrase “nouveau literacy” to describe the proliferation of histories written by commoners, whose reporting on the cost of food and other necessities, natural disasters, street battles, even community scandals and gossip offers a glimpse of everyday life that provides a context for, and a contrast to, the writings of scholars – typically considered “authoritative” sources for history.

Her past fellowships include a year at the Agha Khan Program for Islamic Architecture at MIT, and at the Koc University Research Center for Anatolian Civilizations in Istanbul, and the Wissenschaftskolleg zu Berlin. In 2013, she was awarded an Exploratory Technology Grant from BC for the Human Geography Project, which involves mapping out global diasporic communities and individuals in the medieval and early modern periods.