Peace and reconciliation in post-genocide Rwanda

Rwanda is known as the Land of a Thousand Hills. (Flickr)

An international group of bishops, theologians, and multidisciplinary researchers gathered in Kigali, Rwanda over the summer for a conference aimed at restoring fundamental peace and rebuilding lasting reconciliation as a Catholic Church in post-genocide Rwanda. The three-day conference—held 25 years after the genocide against the Tutsi—was co-organized by BC Theology Department doctoral candidate Marcel Uwineza, S.J., a Jesuit priest, graduate of the BC School of Theology and Ministry, and genocide survivor.

“The 1994 genocide and its aftermath have raised questions that challenge the very essence of the meaning of Church, theology in its multiple dimensions, the missionary enterprise, the mission of the Church, and the place of human dignity in our faith,” said Fr. Uwineza, whose three siblings were killed during the genocide. 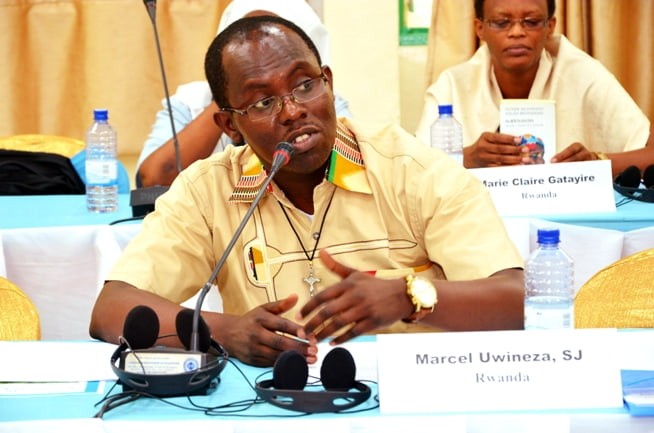 Marcel Uwineza, S.J., reflects on his hope and his vocation: "In his meeting with the woman at the well in Samaria (Jn 4:1-42), Jesus affirms that the 'way' he teaches accords no significance to a person's race or ethnicity or culture or country. The 'way' Jesus teaches announces God's exclusive power and desire to create and name us all as God's own sons and daughters. If theology is to assist the Church in preaching this message of inclusive love, it must therefore reinvent itself in post-genocide Rwanda."

“The task of rethinking what it means to be a church and restoring our fraternal identity as Christians in post-genocide Rwanda is crucial if theology is to make sense again. We are compelled to reflect upon the very evils that have disfigured the Church’s image and people’s identity, namely, the evils of sin, suffering, the indifference of bystanders, the increasing number of genocide deniers, the complexity of memory, and the lack of credible and prophetic leadership. We need creative and constructive ways to re-imagine humanity, Church, and society in Rwanda.”

Fr. Uwineza convened the “Reinventing Theology in post-Genocide Rwanda: Challenges and Hopes” conference with fellow Jesuit priest and BC alumnus Elisée Rutagambwa, S.J. Archbishop of Kigali Antoine Kambanda delivered the keynote address on “The Role of the Church in the Process of Reconciliation in Rwanda.” Bishop of Kabgayi Smaragde Mbonyitege and Jesuit Regional Superior of Rwanda-Burundi Jean Baptiste Ganza also spoke at the conference, which drew approximately 300 participants.

Leah Bacon ’18, who conducted independent research in Rwanda on womanhood and gender post-genocide when she was a BC student, also presented at the conference.

Julia Bloechl ’20, an international studies major, attended the conference and blogged about it for the Jesuit Conference of Africa and Madagascar. Read her summaries of the conference: Day 1, Day 2, Day 3.

Fr. Uwineza presented “Reimagining Humanity: A Theology that Makes Sense of the Wounds of History.” In his talk, Fr. Uwineza compared the dry bones seen in the memorials in Rwanda to the country’s enduring scars, and he emphasized the theological imperative of memory. “A new theology in Rwanda must be born from the wounds of the suffering. The Church should recognize and make sense of the history of genocide in order to move forward,” he said.

Earlier this year, Fr. Uwineza spoke about the violence he witnessed during the genocide and the forgiveness he later gave his brother’s killer at the United Nations General Assembly. 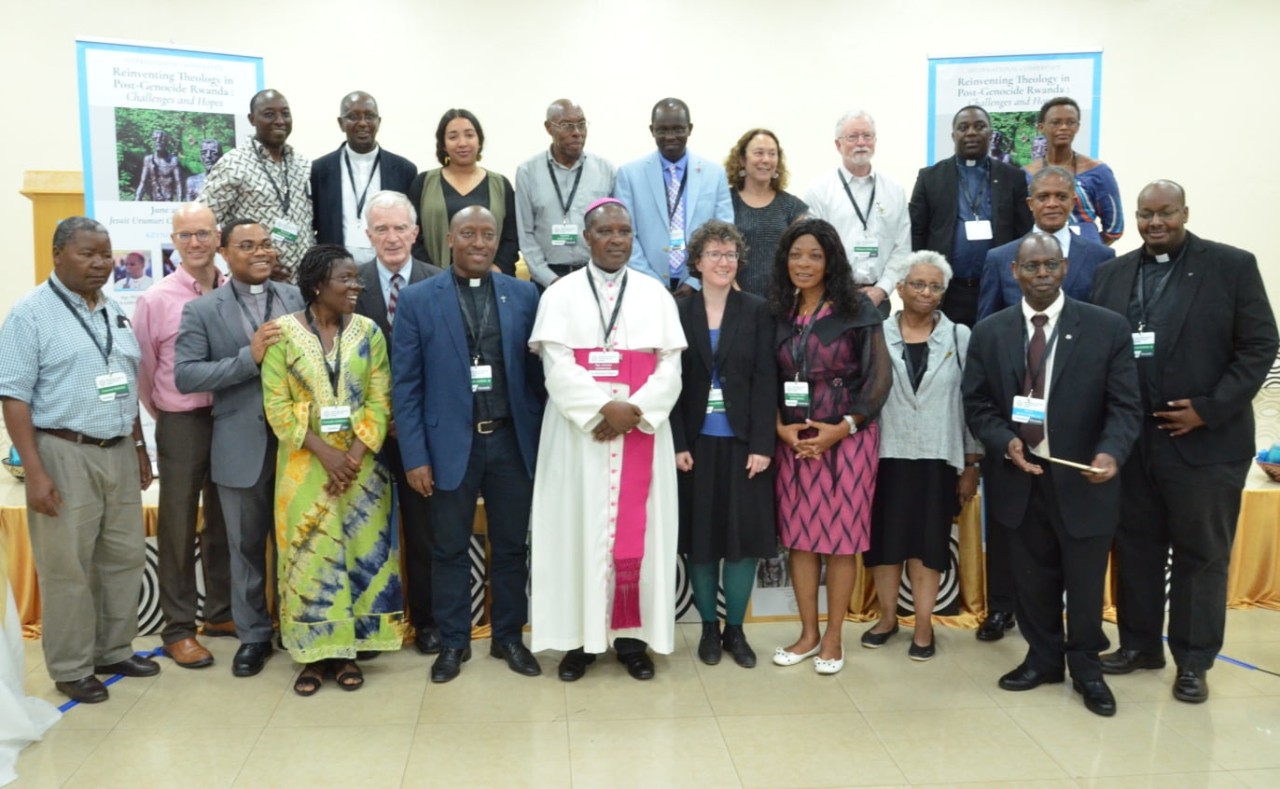 Some of the "Reinventing Theology in Post-Genocide Rwanda: Challenges and Hopes" conference speakers.

The conference was sponsored by the Rwanda-Burundi Region of the Society of Jesus, the Jesuit Conference of Canada and the United States, the Jesuit Conference of Africa and Madagascar, and the following entities at Boston College: Office of the Dean of the Morrissey College of Arts and Sciences, Office of the Dean of the School of Theology and Ministry, Jesuit Community, and Jesuit Institute.

“Many people told me that this conference was long overdue,” said Fr. Uwineza when he returned to BC. “People dream of a better future for Rwanda. This conference was an opportunity to meet different people who talked about their hopes, but also shared the many unresolved challenges. It was evident theology is needed as a serious conversation partner for the healing of memories and the ongoing journey of reconciliation in Rwanda.”

Proceedings from the conference will be published in English, French, and Kinyarwanda in 2020.