Some 10,000 BC students have participated in the formative and popular retreat since its inception

Boston College will mark the 25th anniversary of the formative and wildly popular Kairos retreat program on April 10 with a celebration in Gasson 100 at 3:30 p.m. featuring remarks from Sam Sawyer, S.J. ’00, M.Div. ’14, who served as a student leader for BC’s first-ever Kairos retreat, as well as reflections from students and alumni connected to Kairos.

The anniversary event, which will coincide with the 230th and 231st Kairos student groups’ return from their weekend retreat, will begin with a Mass at 2 p.m. in Trinity Chapel on Newton Campus, concelebrated by Fr. Sawyer.

Sponsored by Campus Ministry, Kairos (Greek for “God’s Time”) is a student-facilitated weekend spiritual retreat that allows for intentional reflection on relationships with God, self, and others. Kairos is open to students of all faith backgrounds and experiences. Since its inception, some 10,000 BC students have participated in a Kairos retreat. 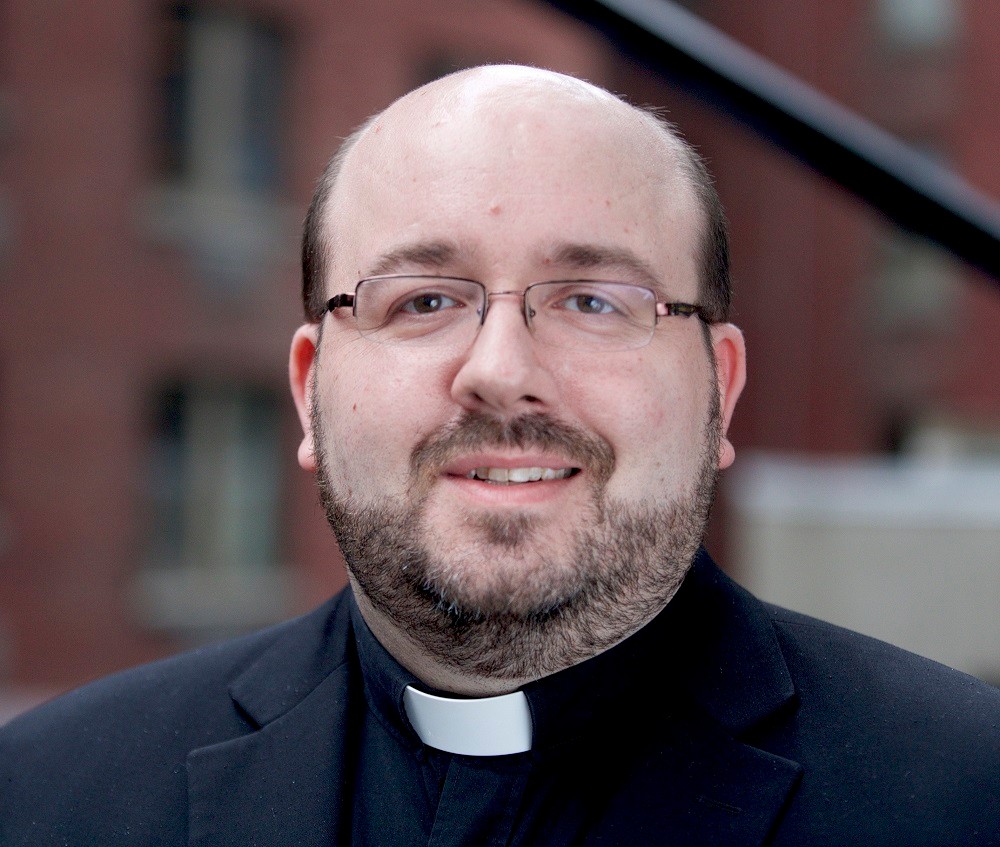 Boston College alumnus Sam Sawyer, S.J., a senior editor and the director of digital strategy at America Media, served as as student leader at the first Kairos retreat in 1997. (Photo courtesy of Fr. Sawyer)

“The fact that I’m a Jesuit today has a fair bit to do with Kairos,” said Fr. Sawyer. “That I was able to spend a significant part of my undergraduate career at BC doing ministry and helping other people encounter God through the retreat is a big part of what helped me recognize this was my vocation in a broader sense.”

“For many BC students, Kairos is the first affective engagement they have with the Ignatian tradition of BC,” said Campus Minister Marissa Papula, who oversees Kairos with support from graduate assistant Ally Clapp, a M.Div. student in the School of Theology and Ministry. “For every student, no matter their faith tradition, Kairos offers emotional resonance and spiritual accessibility. We are truly Catholic, but also catholic—universal. There is something for everyone.”

“Boston College is rich with extra-curriculars and programs for students, but one of the key markers of BC is the Kairos retreat,” said Kairos student co-director Diana Hadjiyane ’22, a philosophy and psychology major from Long Island, NY.

“Kairos is focused around developing space for people to come in with their vulnerabilities and come out knowing they have inherent belovedness and they can bring that into the world in a beautiful and tangible way,” she added. “A sense of community is found [at Kairos] and it opens people up to embracing community in other areas of their lives and seeing God or love in new and exciting ways. It reinvigorates people to see the beauty of the world and the life they were given.”

Another student co-director, Quinn Cunningham ’22, a philosophy and finance major from Arlington Heights, Ill., said Kairos has changed his outlook. “I try to see people the way God sees people. For me, that means recognizing that people are good and giving people grace and patience in everyday life. I try to lead with love when I meet someone.”

In addition to Cunningham and Hadjiyane, the other co-directors for 2021-2022 are Connor Cademartori, Joe Ebbert, Lauren Moberley, and Mary Jane Tague.

Junior Christine Lenahan was familiar with Kairos even before she set foot on the Heights. She went on a Kairos retreat offered by her Jesuit high school, Scranton Prep, and later served as a Kairos student leader there. She knew she wanted to stay a part of the Kairos community as a college student. She began leading Kairos retreats at BC during her sophomore year.

“We are all bonded by the fact we’re students, but we come from different backgrounds and experiences, and Kairos is a chance to listen to other people and break down that wall we put when we get to college,” said Lenahan, an English and philosophy major. “You come to understand love in a way you never could have possibly known it.” 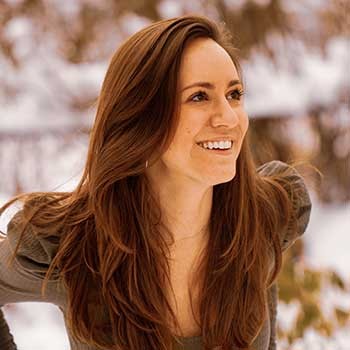 In her remarks to retreatants at the closing ceremony, Papula says she often talks about the metrics that BC students think measure worthiness—GPA, social media followers, or hours in the gym—and how those metrics that are earned or yearned for have nothing to do with a person’s inherent holiness.

“Kairos is an invitation to encounter our worthiness,” said  Sarah Hansman ’18, who recalled that she came to BC with impossibly high expectations that led to burnout, anxiety, and loneliness. “For me, Kairos was a detox from comparison of ‘success’ check lists: our resume, transcript, or instagrammable friend group. It was rest amidst the chaos and a gentle reminder that my worthiness was not dependent on my success.

“Kairos provides an opportunity to encounter the brokenness, hurt, and shame in ourselves and others and see that we are still beloved, not despite our flaws but with them.”

BC’s Kairos program began in 1996-1997 as a grassroots initiative of the nascent Ignatian Society, a group of BC students who were graduates of Jesuit high schools. They had experienced Kairos during high school and wanted their BC classmates to be enriched by Kairos too. Led by Kelly Muldoon Graham ’99 and Chris Boscia ’98, M.A. ’00, with financial support from University President William P. Leahy, S.J., and other BC Jesuits, a team of seven undergraduates conducted the first Kairos retreat in April, 1997.

“There’s a hunger for college students to have the big conversations,” said Boscia. “It’s perfect that it takes place at a Jesuit school because that’s what they’re all about—reflection.

“What I like about the format of Kairos is that’s it’s a religious experience and an experience of spiritual growth that’s grounded in the Catholic tradition, but is open and uses language that could help a person of any faith or no faith grow in their faith.”

Added Boscia: “At its core, BC wants to foster spiritual growth and religious commitment amongst its students, Catholic or not. Kairos is a wonderful vehicle for that.”

“At the heart of Kairos is this: The love of God for you can be known through the love of other people and your love for them,” said Fr. Sawyer, who continued his involvement with Kairos after graduation, serving as a retreat director and then later, during studies at STM, as a Jesuit companion. 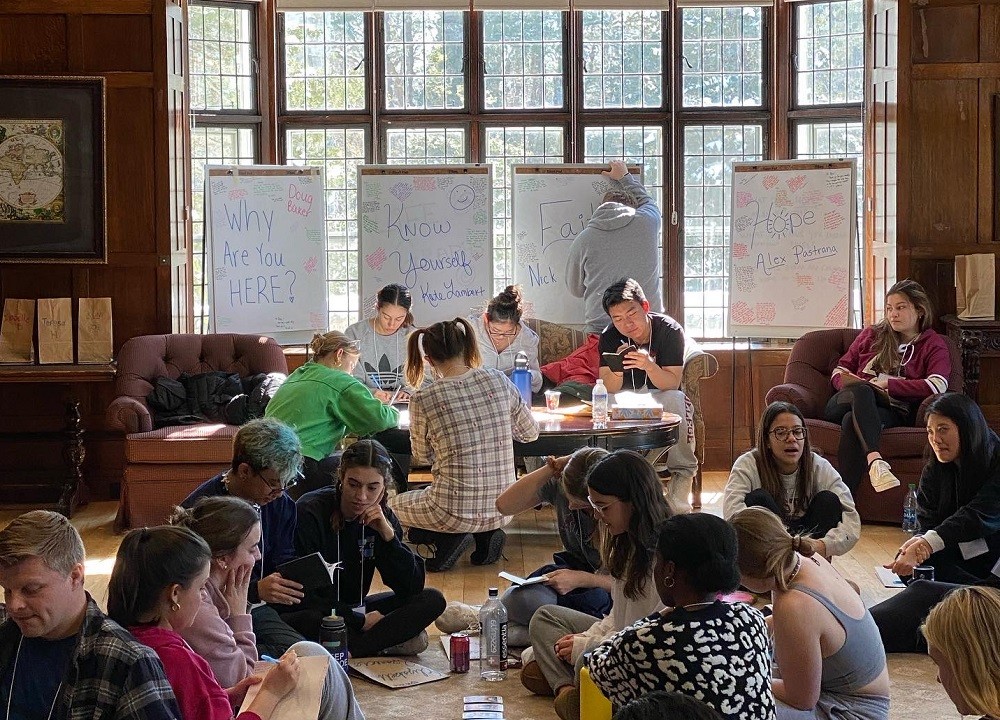 While Kairos is not unique to BC, organizers and students agree that Kairos at BC is decidedly something very special.

“Kairos at BC has social capital,” said Papula. “First-year students hear about it from R.A.s and Orientation Leaders. They sign up right away, knowing there is a wait list and they may not get called until senior year.”

“Kairos is a spiritual and religious retreat where people are going to invest in friendships and small group conversations, listen deeply and honestly to each other, and pray together,” said Fr. Sawyer. “The fact that there is a culture on campus where that is something upheld as worthwhile and important, says quite a lot about what kind of place BC is and what BC and BC students value.”

Boston College offers exponentially more Kairos retreats than any of its Jesuit peer institutions, according to organizers. Typically, there are 12 Kairos retreats during the academic year, each with 45 retreatants, seven student leaders, two adult directors, one student director, and a Jesuit companion. Despite this robust offering, interest in Kairos among BC students far outpaces available slots, according to Papula, who said the waitlist for Kairos—known as the Kairos lottery—is more than 2,200 students.

“You know that not everyone will be able to experience Kairos, so I think about ‘How can I give people a glimpse of what I experienced?’” said E’Sachi Smalls, a nursing major who is a student leader in the program. “For me, it’s sending a text to check in on someone, hugging someone a little tighter, giving someone my full eye contact. I’m so much more intentional about that now.

“You go on the retreat, experience all this love, and see how you can love others. It feels greedy to allow Kairos to live in a vacuum.”

About a decade ago, Campus Ministry began to offer Senior Week Kairos (SWK), an abridged one-day Kairos experience for interested seniors who had not gotten the chance to partake in the traditional Kairos retreat. Some 150 seniors regularly opt in for SWK.

Kairos, like all student programming, was thrown a curveball during the COVID pandemic. Organizers realized that Kairos could not take place virtually, so it was modified and offered in-person on Newton Campus.  COVID masking and distancing protocols were in place and the number of participants per retreat had to be reduced, but that didn’t dampen the experience or alter the fundamentals of Kairos, according to organizers. In fact, during 2020-21, student leader applications doubled and Kairos offered more retreats (18) than usual.

The program’s innovation and commitment during the pandemic was recognized by Office of Student Involvement which presented last year’s Kairos co-directors (Maggie Chipman, Marcello Garber, Meghan Healey, Zach Maher, Sam Schelble, and Amanda Williams) with a 2021 Ever to Excel Award.

Reflecting on co-directing Kairos during the pandemic, Marcello Garber ’21 said, “I’ve never been more proud of anything I’ve been involved with in my life, by a landslide. Enough people came together to make what happened last year happen.”

The spirit of Kairos is intended to live on well after the weekend retreat ends. Retreatants are given a Jerusalem cross and are urged to “live the fourth”—meaning to live out the promises made on the final day of the retreat. Retreatants are challenged to bring the light of love from the retreat to places on campus and in the world that are in need of enduring hope, and Papula says she tasks Kairos participants to “lead fuller, freer lives of bold love.”

For Maggie Chipman ’21, a Kairos co-director last year and graduate student in the Lynch School of Education and Human Development, living the fourth “is understanding that people are multi-dimensional and everyone needs connection and everyone is grappling with the same general concepts of what it means to seek and give forgiveness and what it means to act and love when it’s difficult.  I think Kairos has made me a more compassionate person.

I hope I am living the fourth in my personal life and in professional life by moving forward in a way that provides emotional access and general compassion to others.”

“Kairos program is truly a gift, and one that I feel incredibly lucky to be a part of,” said Lenahan. “I don't like to use the word ‘define’ because nothing could necessarily define the plethora of experiences I've had at BC thus far, but Kairos by and large has shaped my Boston College experience in innumerable ways, and for that I am grateful.”