The ceremony—at which ROTC cadets read the names of all those from BC who have died in combat—will be preceded by the annual Veterans Mass at 9:30 a.m. in St. Mary’s Chapel.

“The events taking place next week are meant to recognize the sacrifices of our military service members, their families, and all those impacted by their service,” said BC Assistant Director for Veteran Programs and Services Michael Lorenz. “We have several in-person events, and other programs to help the community to reflect and hopefully appreciate the sacrifice of our past and present military service members.” 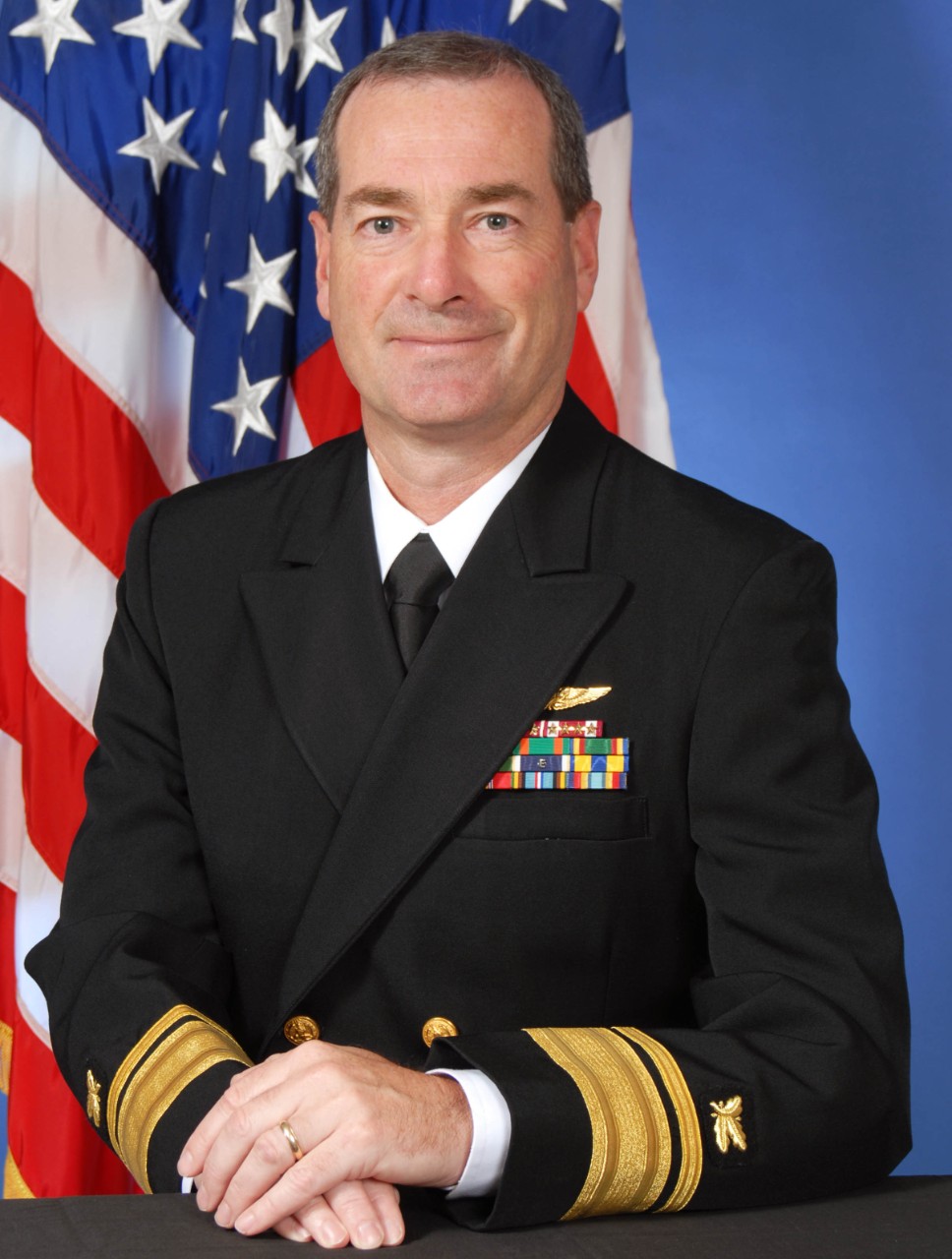 Among his many assignments, Berube served as director of logistics for the U.S. Fleet Forces Command in Norfolk Va., commander of fleet and industrial supply centers in San Diego, and commander for the Naval Inventory Control Point in Pennsylvania, as well as assignments at the Pentagon. He lives in the San Diego area with his wife, Mary (Farrell) ’80; they are the parents of two children who also graduated from BC.

“The Alumni Association is honored to have retired Rear Admiral Raymond E. Berube as the featured speaker for this 21st anniversary of the BC Veterans Remembrance Ceremony,” said Associate Vice President for Alumni Relations Leah M. DeCosta Spencer. “Ray is truly an Eagle for others through his involvement with the San Diego chapter and his commitment to the BC Veterans Alumni Network where he serves on the Executive Committee. We are grateful that our alumni and guests will have the opportunity to hear from Ray about his service to our country at many key moments in our recent history."

The events this year take on special significance with the unveiling of the latest name added to the veterans’ Memorial Wall, which lists all BC alumni who have died in the line of duty. Brighton resident and former BC student First Lt. Thomas Redgate went missing in action during combat in the Korean War 71 years ago and his remains were just recently identified. Redgate was eulogized in St. Ignatius Church in September and buried in his home state following the return of his remains from North Korea in 2018 and subsequent identification by experts at the Armed Forces Medical Examiner System in Hawaii.

Immediately after the main ceremony on November 11, Redgate’s surviving family members will be shown the inscription, which becomes the 211th on the serpentine black stone monument on the edge of the Burns Library lawn, said Jean Chisser, associate director for Alumni Affinity Programs in the Office of Alumni Relations, which helps to coordinate the program.

“It is an honor for us to memorialize Lt. Redgate from now on as someone who gave their life in service to our country,” said Chisser. “This is the 21st year that we have had this ceremony, which is about honoring our veterans and remembering those who made the ultimate sacrifice.”

Veterans Day honors all U.S. military veterans, whereas Memorial Day recognizes those killed in the line of duty. The Veterans Day ceremony on campus combines the intentions of both days given that the academic year has concluded by Memorial Day, Chisser noted.

The morning’s Mass will be presided over by U.S. Navy veteran John Monahan, S.J., and include a sermon by U.S. Army Vietnam veteran Paul McNellis, S.J., a part-time faculty member in the Philosophy Department.

The event is sponsored by the Boston College Alumni Association, Boston College Veterans Alumni Network, BC Army ROTC Program, the Office of the Executive Vice President, and Campus Ministry.

Lorenz said there will be additional initiatives to recognize the military-connected community at BC, including the placement of POW/MIA tables in the dining halls and the announcement of an initiative that will help people request care packages for BC-affiliated service members who are deployed. The November 20 BC-Florida State football game has been designated as a military appreciation game.