Boston College’s annual economic impact in Massachusetts is $3.3 billion, including $172 million in annual state tax revenues and 17,700 jobs generated by BC operations, according to an analysis by the national independent research firm Econsult Solutions.

The $3.3 billion annual impact includes a $1.28 billion alumni wage premium, which calculates the spending power of BC graduates who live and work in Massachusetts.

In addition to its economic impact, Boston College’s annual social impact amounts to $16.7 million in support of initiatives that directly serve Boston, Newton, and other communities throughout Massachusetts through community service, service-learning activities, support for local schools, and infrastructure contributions.  In total, 8,000 BC students and employees provide 768,000 hours of volunteer service hours annually.

“This study demonstrates the benefits and wide-ranging impact that Boston College has on the Massachusetts economy,” said University President William P. Leahy, S.J.  “Boston College generates revenue, investment, and jobs in Massachusetts, and has broad social impact through its educational offerings, community partnerships, and volunteer service, particularly within its host cities of Boston and Newton.”

The study details Boston College’s economic benefits in four separate categories: University operations, capital investments, ancillary spending by students and campus visitors, and the earning power of BC alumni who live and work in Massachusetts.

The University’s annual operations account for $1.57 billion in economic output for the state, supporting 8,100 jobs that account for $744 million in employment earnings and contribute $57 million in state tax revenues.

Ancillary spending by students for living expenses, as well as revenues generated by visitors to the campus and its many events, totaled $112 million in economic impact annually, supporting 690 jobs and contributing $3 million in state tax revenues.

The alumni wage premium–responsible for a yearly economic impact of $1.28 billion–is a measure of increased earning and spending power of graduates who earned degrees or certifications through BC academic programs and now live and work in Massachusetts. The alumni wage premium supports 7,400 jobs with $422 million in earnings and contributions of $103 million in tax revenues, the study found.

In Boston, BC’s annual economic impact is $1 billion, including $675 million from annual operations. In total, the University supports 5,360 jobs generating earned income of $488 million in the city.

In Newton, BC’s annual economic impact is $728 million, with annual operations accounting for an impact of $520 million. The University’s total economic impact supports 4,080 jobs and produces $351 million in earned income. 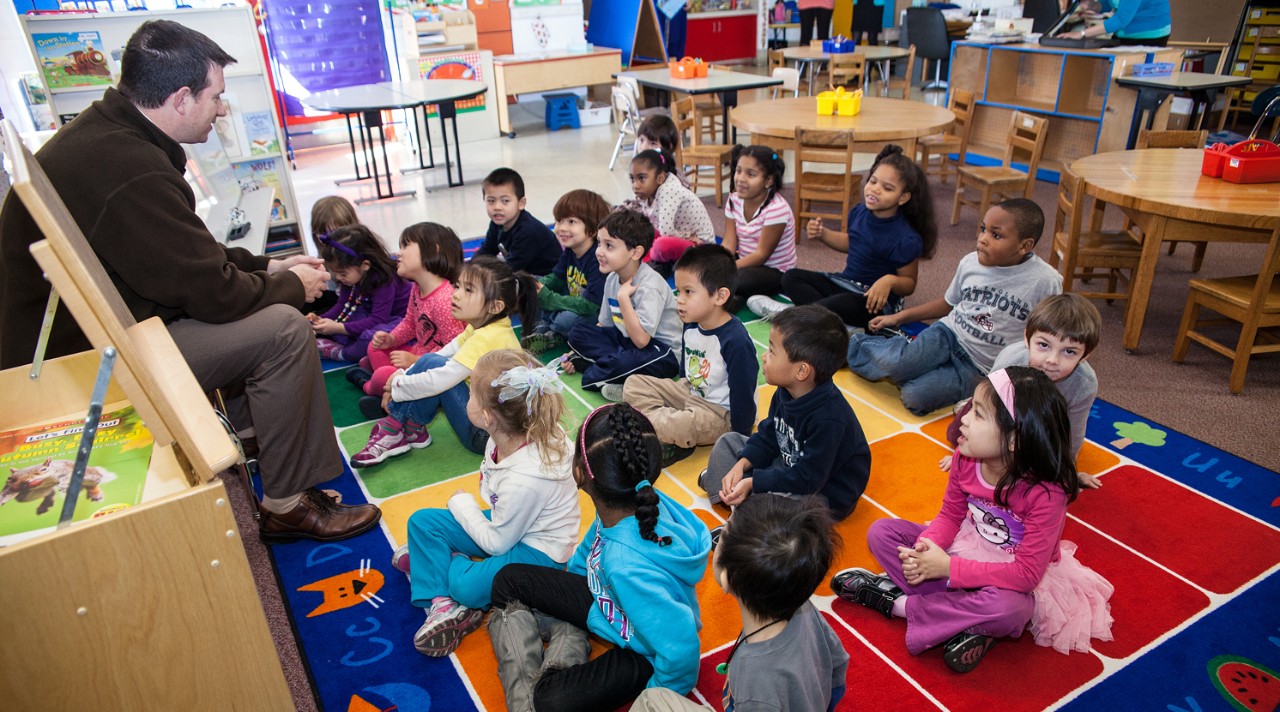 The City Connects program, centered in BC's Lynch School of Education and Human Development, annually provides support to 26,000 students in 90 public, charter, and Catholic schools in the state and throughout the U.S. (Julie Dermansky)

The $16.7 million in social impact on local communities includes programs such as:

With 8,000 volunteers each year, BC’s service, fieldwork, and service-learning initiatives contribute 768,000 hours that impact more than 52,000 people in local communities through programs that include: 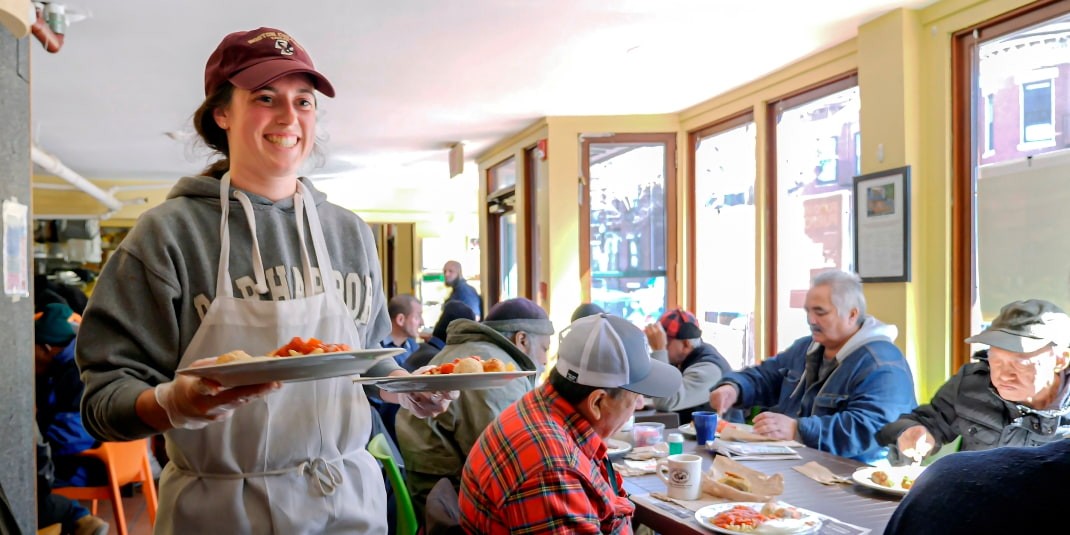 The University also invests directly in the local community:

Boston College also provided $19 million in financial aid to students from Boston and Newton in 2020. During the last 10 years, the University has awarded more than $160 million in financial aid to Boston and Newton residents. Boston College is one of only 20 private universities nationwide that is need-blind in admissions and meets the full-demonstrated need of all undergraduate students. 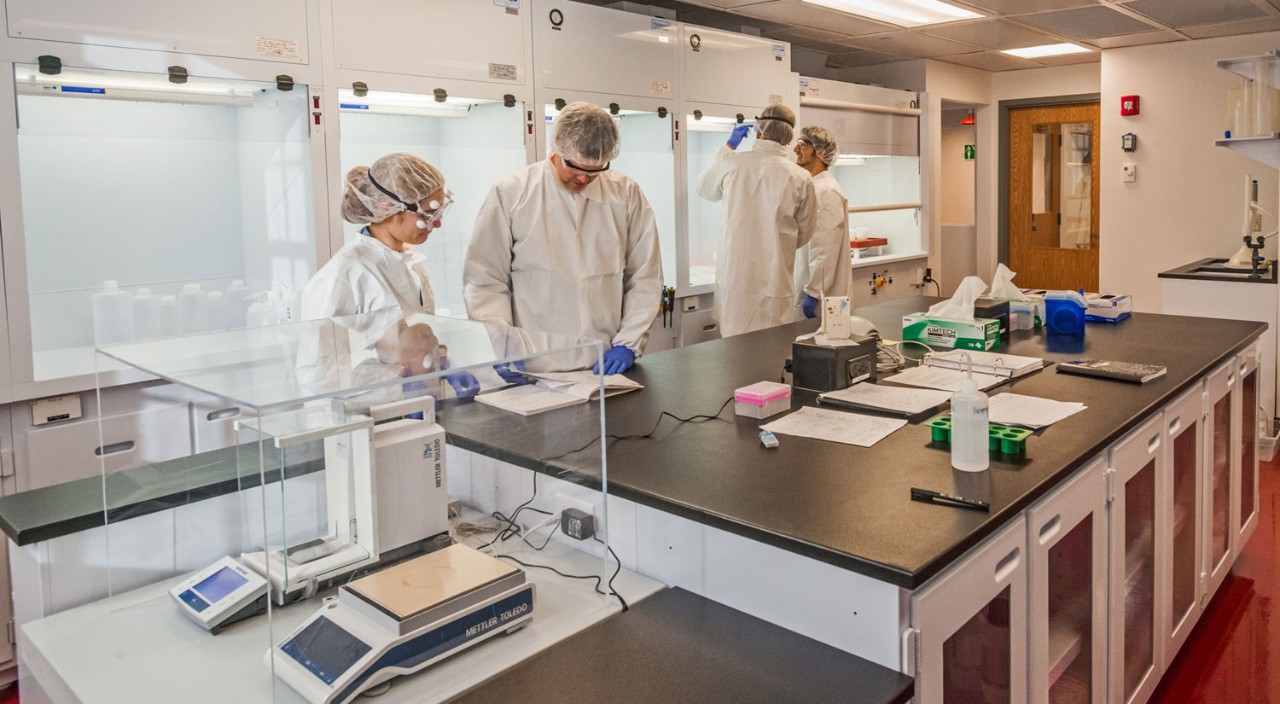 The University’s impact extends beyond Massachusetts. BC conducted $58 million in sponsored research in 2020, a 20 percent increase over the prior year. Notable work included addressing the achievement gap in math learning among low-income students. BC economists designed a mechanism for the equitable distribution of COVID-19 vaccines, and its chemistry faculty are working to develop a method to convert carbon dioxide into clean-burning methanol fuel.

“The study demonstrates that the scholarship and research conducted by our faculty, graduate students, and undergraduates has a profound impact on the Massachusetts economy," said Provost and Dean of Faculties David Quigley. "Their work has a deep social benefit as well, supporting schools, local governments, and community-based organizations in Boston, Newton, and throughout the Commonwealth."