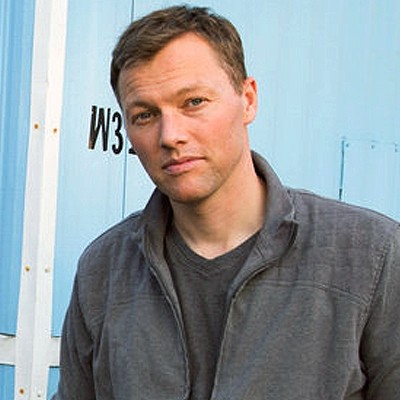 Matthew Desmond:
Evicted: Poverty and Profit in the American City

Matthew Desmond’s New York Times bestselling book, Evicted: Poverty and Profit in the American City, draws on years of embedded fieldwork and painstakingly gathered data to take us into the poorest neighborhoods of Milwaukee to tell the story of eight families on the edge of poverty and eviction. Desmond’s work focuses on urban sociology, poverty, race and ethnicity. He is also the author of the award-winning book, On the Fireline (2007), coauthor of two books on race, and editor of a collection of studies on severe deprivation in America. Matthew Desmond is John L. Loeb Associate Professor of the Social Sciences at Harvard University and co-director of the Justice and Poverty Project. In 2015, Desmond was awarded a MacArthur “Genius” grant. His work has been supported by the Ford, Russell Sage, and National Science Foundations, and his writing has appeared in The New York Times and the Chicago Tribune.

Major Jackson is the author of four collections of poetry, includingRoll Deep (2015); Holding Company (2010) and Hoops (2006), which were both finalists for an NAACP Image Award for Outstanding Literary Work in Poetry; and Leaving Saturn (2002), which won the Cave Canem Poetry Prize and was a finalist for a National Book Critics Circle Award. Jackson has published poems and essays in American Poetry Review, Callaloo, The New Yorker, Ploughshares, Poetry, Tin House, and in Best American Poetry. He has been the recipient of a Whiting Writers' Award, a Guggenheim Fellowship, and a Pushcart Prize and has been honored by the Pew Fellowship in the Arts and the National Endowment for the Arts. Jackson is the Richard Dennis Green and Gold Professor at University of Vermont and a core faculty member of the Bennington Writing Seminars. He also serves as Poetry Editor of the Harvard Review. 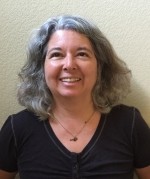 Paula Findlen:
After the Trial: Galileo in a Changing World

Paula Findlen is an award-winning historian who has spent the past few years developing a collaborative, NEH-funded digital humanities project, "Mapping the Republic of Letters," to analyze and present networks of knowledge and information in early modern Europe, its overseas colonies, and its global mercantile and religious communities. She is currently working on a project of Galileo’s correspondence. Findlen’s research focuses on science and culture in the age of Galileo, the history of museums, collecting and material culture, and gender and knowledge.  Findlen is currently Ubaldo Pierotti Professor of Italian History and Chair of the History Department at Stanford University. A recipient of numerous awards, including Guggenheim, Getty, NEH, and ACLS fellowships, Findlen's publications include the prize-winning Possessing Nature: Museums, Collecting and Scientific Culture in Early Modern Italy (1994) and, most recently, Early Modern Things: Objects and Their Histories, 1500-1800 (2013).

Marc Bamuthi Joseph is an arts activist and literary performer and the Chief of Program and Pedagogy at the Yerba Buena Center for the Arts in San Francisco, one of the country's pre-eminent homes for multi-disciplinary contemporary art. Joseph’s work at YBCA combineshis own performance practice, strategic partnerships, shared inquiry, and open source technologies to create dynamic platforms for prototyping and civic action. He is an inaugural recipient of the United States Artists Rockefeller Fellowship which annually recognizes 50 of the country's "greatest living artists,” the 2011 Alpert Award winner in Theater, and was one of 21 artists named to the inaugural class of Doris Duke Artists. Joseph is a co-founder of “Life is Living,” a national series of one-day festivals designed to activate under-resourced parks and affirm peaceful urban life through hip hop arts and focused environmental action. 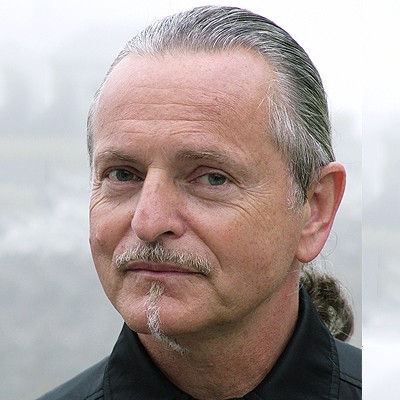 
Krzysztof Wodiczko is an artist renowned for his large-scale slide and video projections on architectural facades and monuments. He has realized more than eighty such public projections internationally. Since the late 1980s, his projections have involved the active participation of marginalized and estranged city residents. Wodiczko was awarded the Hiroshima Prize in 1998 for his contribution as an artist to world peace. He is also the recipient of the Skowhegan Medal for Sculpture, the Georgy Kepes Award, the Katarzyna Kobro Prize, and the "Gloria Artis" Golden Medal from the Polish Ministry of Culture. He is Professor in Residence of Art, Design and the Public Domain at Harvard University’s Graduate School of Design. Wodiczko’s work has been the subject of numerous publications, most recently City of Refuge: A 9/11 Memorial (2010). 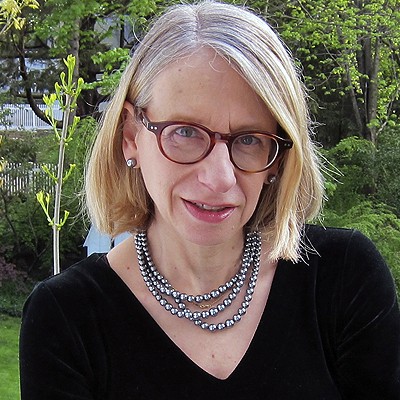 Roz Chast:
Can't We Talk About Something More Pleasant?


Since joining The New Yorker in 1978, cartoonist Roz Chast has established herself as one of our greatest artistic chroniclers of the anxieties, superstitions, furies, insecurities, and surreal imaginings of modern life. Chast’s recent memoir Can’t We Talk About Something More Pleasant? (2014), tells the story of losing her elderly parents in middle age. The memoir was a #1 New York Times Bestseller, won the National Book Critics Circle Award for Autobiography, won the inaugural Kirkus Prize for nonfiction, and was a Finalist for the National Book Award in nonfiction. In 2012, she was awarded the N.Y.C. Literary Honor in Humor by Mayor Bloomberg and in 2015 won the Heinz Award for Arts and Humanities. Chast’s cartoons have been published in The New Yorker, Scientific American, the Harvard Business Review, and Mother Jones. Her work has recently been compiled in Theories of Everything: Selected, Collected, and Health-Inspected Cartoons, 1978-2006. 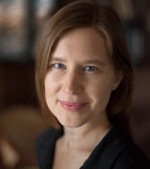 Eula Biss:
On Immunity: A Reading and Conversation


Eula Biss is the author of three books, most recently On Immunity: An Inoculation, which was a finalist for the National Book Critics Circle Award for nonfiction.  In On Immunity, Biss addresses a chronic condition of fear—fear of the government, the medical establishment, and what is in your child’s air, food, mattress, medicine, and vaccines – in order to investigate the metaphors and myths surrounding our conception of immunity and its implications for the individual and the social body. Her other publications includeNotes from No Man’s Land: American Essays, winner of the National Book Critics Circle Award for criticism, and a collection of poetry, The Balloonists. Her work has been supported by a Guggenheim Fellowship, a Howard Foundation Fellowship, an NEA Literature Fellowship, and a Jaffe Writers’ Award and her essays have recently appeared in The Best American Nonrequired Reading and theTouchstone Anthology of Contemporary Nonfiction as well as in The Believer, Gulf Coast, Denver Quarterly, Third Coast, and Harper’s. 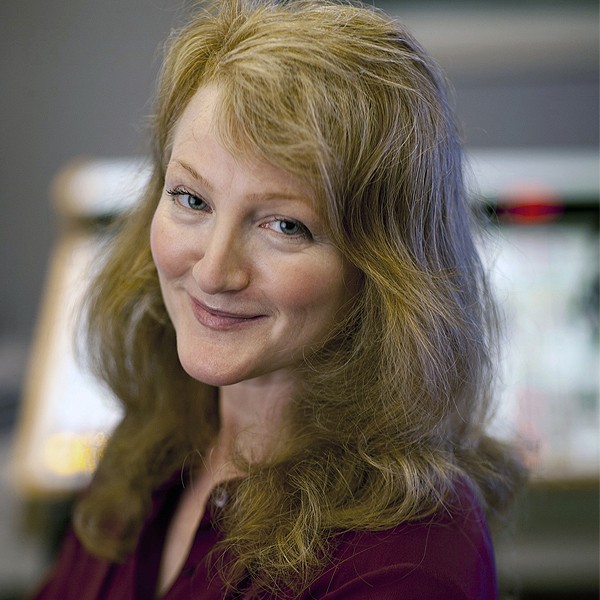 Krista Tippett:
The Adventure of Civility

Krista Tippett is a Peabody Award-winning broadcaster and New York Times bestselling author. Her radio show and podcast On Being, heard on over 360 public radio stations and downloaded by millions as a podcast, opens up the animating questions at the center of human life: What does it mean to be human? What matters in life? On Being is the home of the Civil Conversations Project, an emergent approach to new conversation and relationships across the differences of our age. In 2014, Krista Tippett received the National Humanities Medal at the White House. She is the author of Speaking of Faith: Why Religion Matters and How to Talk About It (2007), Einstein’s God: Conversations about Science and the Human Spirit (2010), and most recently Becoming Wise: An Inquiry into the Mystery and Art of Living (2016).

Co-sponsored with the Winston Center for Leadership and Ethics. 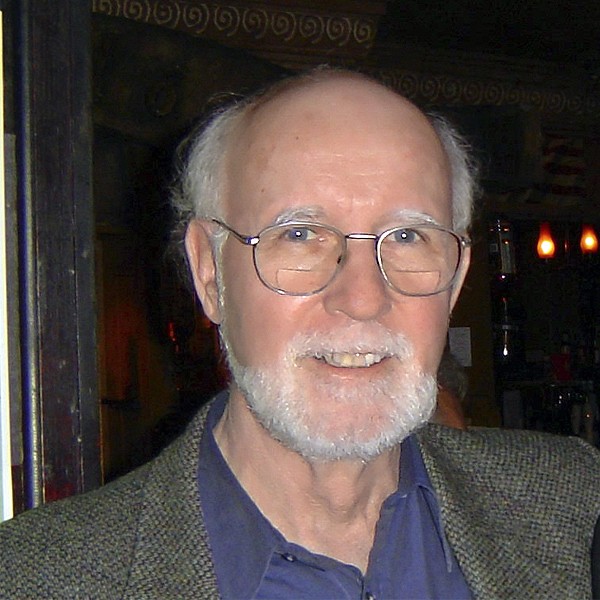 Bernard McGinn:
Annual Candlemas Lecture: Poetry, Prose and the Bible in John of the Cross 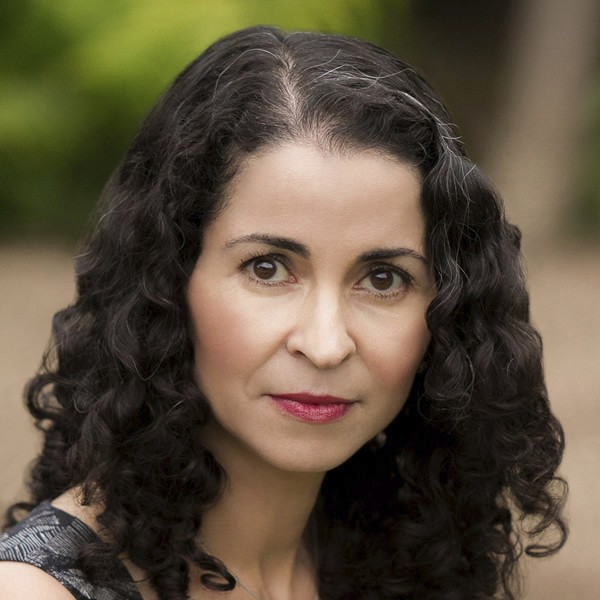 Laila Lalami is the author of the novels Hope and Other Dangerous Pursuits (2005), which was a finalist for the Oregon Book Award; Secret Son (2009), which was on the Orange Prize longlist, and The Moor’s Account (2014), which won the American Book Award, the Arab American Book Award, the Hurston/Wright Legacy Award, and was on the Man Booker Prize longlist. The Moor’s Account was also a finalist for the 2015 Pulitzer Prize for Fiction. Born and raised in Morocco, Lalami’s essays and opinion pieces have appeared in the Los Angeles Times, The Washington Post, The Nation, The Guardian, and The New York Times, where she weighs in on contemporary issues in the Arab world and North Africa. She is the recipient of a British Council Fellowship, a Fulbright Fellowship, and a Lannan Foundation Residency Fellowship and is currently a professor of creative writing at the University of California at Riverside.

Laila Lalami's visit to BC is made possible by the Gerson Family Lecture Fund, established by John A. and Jean N. Gerson, P’14. 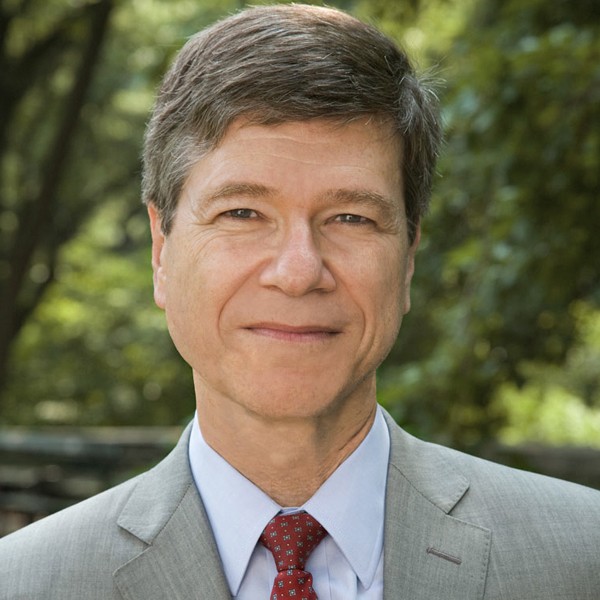 Jeffrey Sachs:
Economics and Ethics for the Anthropocene

Jeffrey Sachs is a world-renowned professor of economics, leader in sustainable development, senior UN advisor, bestselling author, and syndicated columnist whose monthly newspaper columns appear in more than 100 countries. He is the co-recipient of the 2015 Blue Planet Prize, the leading global prize for environmental leadership, and has twice been named among Time Magazine’s 100 most influential world leaders. He was called by The New York Times, “probably the most important economist in the world,” and by Time Magazine “the world’s best known economist.” Professor Sachs serves as the Director of The Earth Institute, Quetelet Professor of Sustainable Development, and Professor of Health Policy and Management at Columbia University. He has authored five books, including The End of Poverty (2005) and The Age of Sustainable Development (2015). 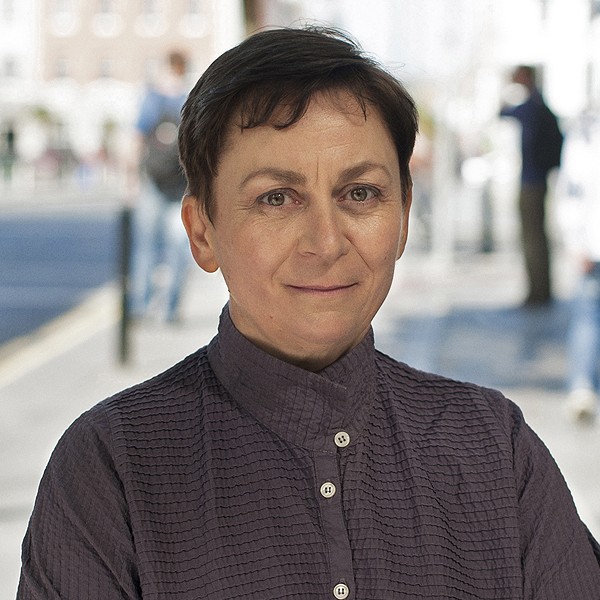 Anne Enright is an Irish writer, most recently of The Green Road(2015), who was named the inaugural Laureate for Irish Fiction in 2015. Enright has written numerous award-winning novels and short story collections. Her 2001 novel What Are You Like?won the Encore Award and was shortlisted for the Whitbread Novel Award. The Gathering (2007) won the Man Booker Prize for Fiction, the Hughes and Hughes Irish Novel of the Year Award, and the Irish Fiction Award. It became a bestseller through the English-speaking world, being on the bestseller lists in America, England and Ireland for over six months. In 2012, Enright won the Carnegie Medal for Excellence in Fiction for The Forgotten Waltz. Her short stories have appeared in several magazines including The New Yorker and The Paris Review. She lives in Dublin with her husband, the actor Martin Murphy.

Co-sponsored with the Irish Studies Program. 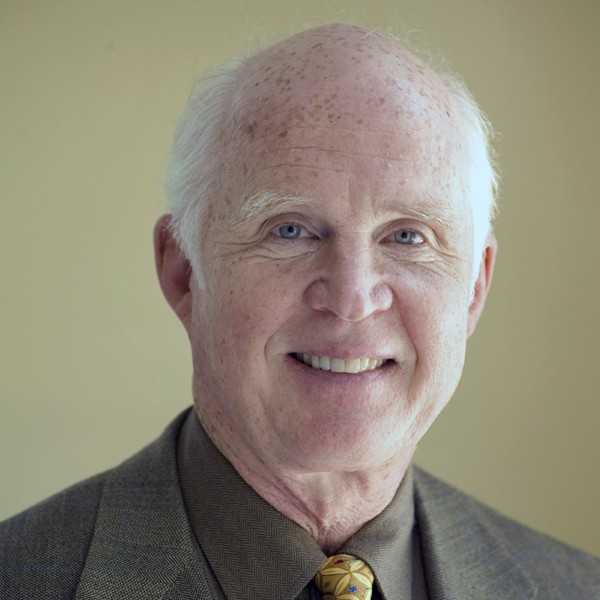 Mr. Branch is speaking on campus as part of the three-day conference, "Towards a Culture of University Ethics."