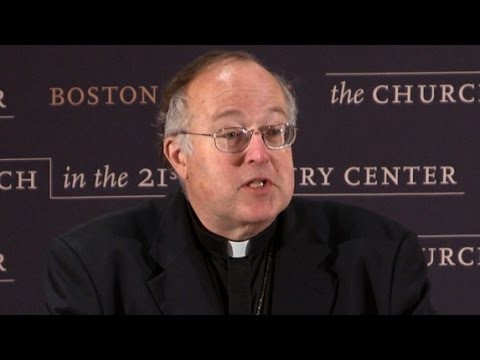 Catholic teaching on war and peace embodies the effort to bring faith and ethical reflection to bear upon the most searing questions that lead nations into violent conflict: Is war ever justified? What are its limits in an age of weapons of mass destruction? When is a nation obliged to end a war? In an America which is embroiled in the longest war in its history, Bishop McElroy proposes that the Catholic tradition provides rich wisdom and challenge those who seek to forge a pathway of justice for our nation in an age of terror.

This lecture is part of The Church in the 21st Century Center’s Episcopal Visitor Program, which engages members of the Catholic hierarchy in conversations about the Church while experiencing a Jesuit, Catholic university.

Cosponsored by The Church in the 21st Century Center and STM

Most Rev. Robert W. McElroy is Auxiliary Bishop, Vicar for Parish Life and Development, for the Archdiocese of San Francisco.