BC Law at SCOTUS

Boston College Law School Professor Kent Greenfield was among those who attended oral arguments before the U.S. Supreme Court on Dec. 5 in the case of a Colorado baker who asserts his free speech rights protect his refusal to serve to a gay couple who asked him to bake their wedding cake. 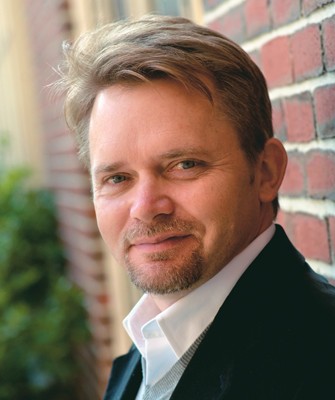 Greenfield was one of 34 corporate law experts who filed an amicus brief warning that a ruling in favor of Masterpiece Cakeshop would run counter to laws that govern corporations. The baker, Jack Phillips, is appealing a lower court’s ruling against him in the case Masterpiece Cakeshop, Ltd vs State of Colorado Civil Rights Commission.

“The conflict in the courthouse last week was this about religious beliefs and were (the couple) asking him to say something he did not agree with, or was he discriminating against them because of who they were,” Greenfield said in a Dec. 11 appearance on New England Cable News' show "The Take." Greenfield also discussed the case with Chris Citorik, host of Up Front on WBZ-AM on Dec. 10.

Greenfield, the Michael and Helen Lee Distinguished Scholar at BC Law, said the courtroom atmosphere was “tense.”

“It’s a real case about real people and this has implications for maybe thousands of people around the country,” he told NECN host Sue O’Connell. “It’s a real thing and it’s tense.”

Greenfield and a colleague wrote the “friend of the Court” brief on behalf of corporate law professors from around the country. The brief argues in favor of the gay couple and against the business. Greenfield said the legal experts wrote the brief in order to “highlight issues in the case that otherwise might be missed.”

Greenfield’s brief makes the case that Phillips and the cake shop “are not one and the same,” The Atlantic noted in its coverage of the case.

“The case is important because it tests whether businesses will be able to claim religious exceptions to anti-discrimination laws,” Greenfield said in an interview. “The Court has held that non-profit groups such as the boy scouts can claim a first amendment right to be exempted from laws banning discrimination on the basis of sexual orientation. This case is different because it concerns a business, open to the public. The business is a bakery, and the owner of the bakery says that he does not want to sell wedding cakes to gay couples, because he believes doing so would make him complicit in supporting same sex marriage, which he opposes.”

Added Greenfield: “In the case, it is the baker, Jack Phillips, who asserts the religious beliefs. But he is projecting his beliefs onto the business, which is organized as a corporation. And they are not one and the same. Shareholders seek out separation and receive immense benefits from separation, such as being protected from the liabilities of the company.”

As the brief notes: "Shareholders depend on and desire this separation; they should not be able to assert unity with the corporation whenever it suits their ideological, political, or religious purposes, or exempts the company from regulatory obligations that bind other corporation.”

“I’m worried that if the baker wins, businesses will begin to assert religious beliefs that they don’t really have in order to get around laws they want to avoid for other reasons,” Greenfield told O’Connell on NECN.

He added: “One of the things that’s important about making sure that businesses don’t discriminate is that the world of commerce is where we interact. We don’t interact at churches, at synagogues or at the Thanksgiving table… Commerce is where we come together and even if people are different from you, you have to interact with them.”