“I’ve been at BC longer than any other place,” said the British-born, globe-trotting Hargreaves, who plans to move to Ottawa to be closer to his family but will continue as a LSOE research professor.  “We’ve made some great friends here, folks from all walks of life.”

Lynch School colleague Dennis Shirley counts himself as one of those lucky comrades. “I’ve been fortunate to enjoy Andy’s friendship, not just as a collaborator on reports, articles and books, but also as a long-distance hiker on the Appalachian Trail, England’s Coast-to-Coast trail, in the Italian Dolomites and the Wild Coast Trail in South Africa,” said Shirley. “Among his many honors and well deserved awards during an illustrious career, I believe his most profound achievement is the simple fact that he has made us smarter by encouraging us to closely – and even obsessively – study texts and research data; by ensuring that we are thoroughly thinking through issues by entertaining perspectives we hadn’t thought of; and especially by acknowledging the deep cultural assumptions that always are brought to educational change.

“He’s accomplished this in such a fun-loving and original way that he’s pushed even hardened skeptics to rethink their assumptions and to open up to new ways to uplift a rising generation. I will look forward to finding new ways to continue to work together and to forge new adventures for many years to come.” 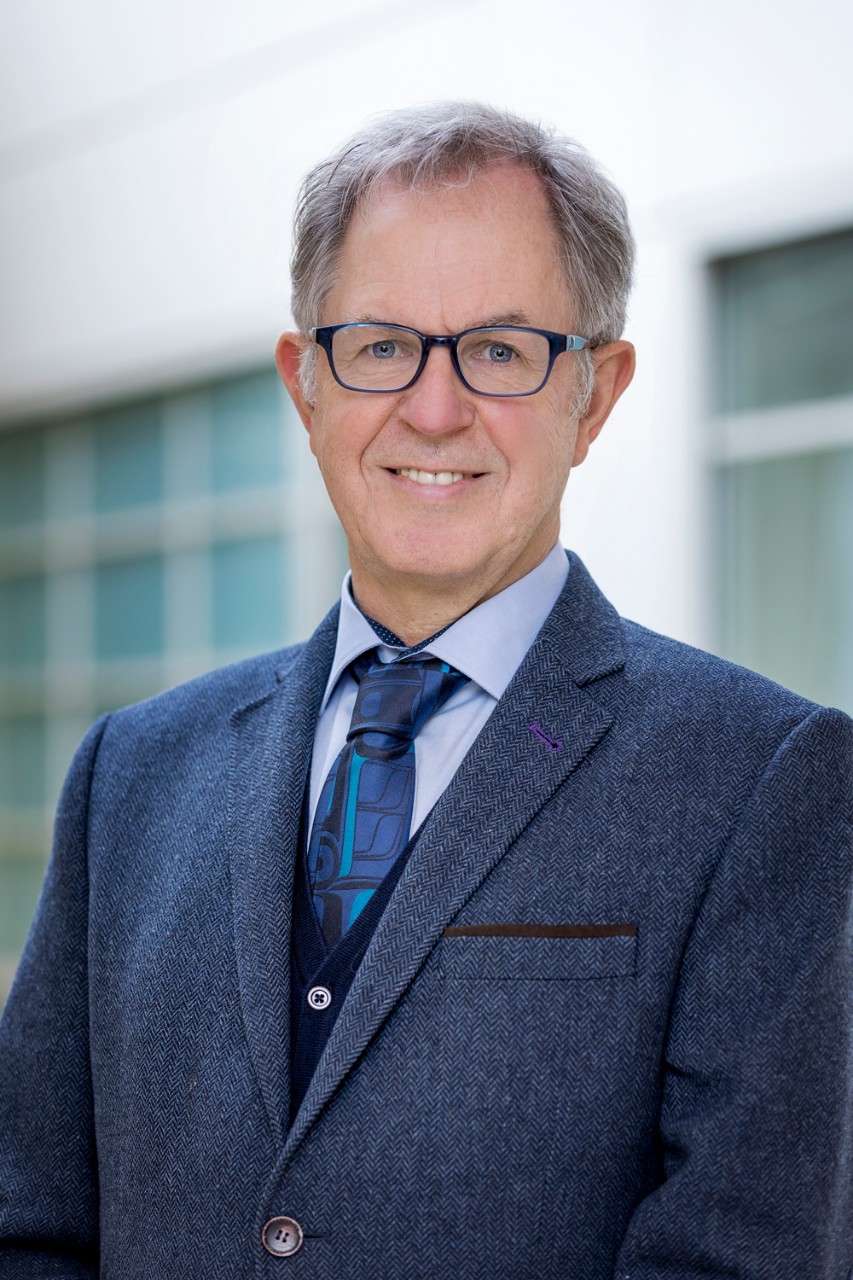 Hargreaves, ranked by the American Enterprise Institute among the top 10 scholars with most influence on US education policy debate, is the founder of the Atlantic Rim Collaboratory – a group of leaders in two states, one Canadian province and five countries that promotes excellence, equity, inclusion, democracy and human rights in professionally run school systems. He serves as adviser in education to the premier of Ontario and the first minister of Scotland, and is president-elect of the International Congress for School Effectiveness and Improvement.

Hargreaves noted that the mission of the Thomas More Brennan Chair is to promote social justice and connect theory and practice in education. “The chair embodies who I am, and what I stand for. I’m very grateful to BC for its enormous support and flexibility, particularly in regard to the University’s faith that my somewhat ‘fuzzy’ initial project proposals would actually become something significant. It’s time, however, to step aside for generational equity, to make space for others.”

“Andy brought substantial recognition to the Lynch School because of his path-breaking work around the world,” said Stanton Wortham, the Charles F. Donovan, S.J., Dean of the Lynch School of Education.

“He has extraordinary reach and name recognition internationally in educational leadership and policy circles, and he has been generous with the school, colleagues and students in using his networks to facilitate our work. I’m very grateful for his creative, insightful contributions to the field and within the school.”

In 2016, Hargreaves was one of the two Americans on an international panel appointed to overhaul Scotland’s education system. He is the author of more than 30 books, several of which have received Outstanding Writing Awards, including the prestigious $100,000 Grawemeyer Award in Education for 2015 for Professional Capital, which he published with Michael Fullan.

The first in his extended family to attend college, Hargreaves holds honorary doctorates from the Education University of Hong King and the University of Uppsala in Sweden, and is a Fellow of the Royal Society of Arts in the UK. In May 2015, he received Boston College’s award for Excellence in Teaching with Technology.

Previously, he co-founded and directed the International Centre for Educational Change at the Ontario Institute for Studies in Education.