A conference led by Joseph Professor of Catholic Philosophy Dermot Moran draws some 8,000 scholars from more than 120 countries.

The world’s leading philosophers gathered for a weeklong conference last month in Beijing under the leadership of Joseph Professor of Catholic Philosophy Dermot Moran. The 24th World Congress of Philosophy drew some 8,000 scholars from more than 120 countries to Peking University to discuss the theme of “Learning to be Human.”

“The congress reflected critically on the role of philosophy in relation to world culture, to globalization, to various existential and environment threats that challenge us in our quest to realize our common humanity,” said Moran, president of the International Federation of Philosophical Societies (FISP), which convenes the World Congress of Philosophy every five years. 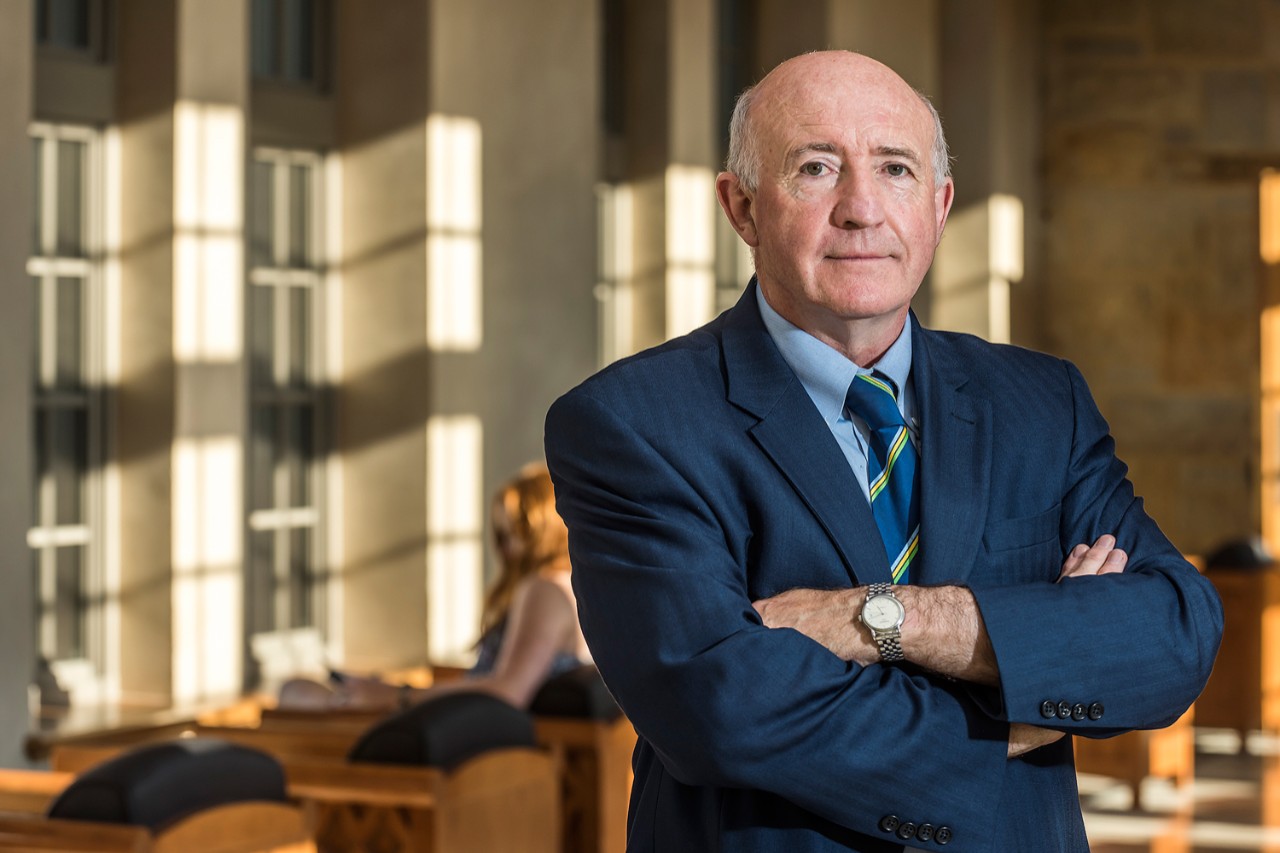 The 24th World Congress was the first one held in China in FISP’s 70-year history. Moran noted that the location is significant because this congress deliberately strived to go beyond Western approaches to teaching philosophy.

“The program was carefully designed to include recognition of East and West, North and South. Philosophy in all its forms was included—not just philosophy as traditionally understood in the great systems of Greek, Indian, Jewish, Christian, Islamic, and Chinese thought, but also Marxist philosophy, environmental philosophy, philosophy of indigenous cultures, philosophy of cosmopolitanism, philosophy at the margins,” he said.

“In many respects, the 24th World Congress of Catholic Philosophy was a coming-of-age party for Chinese philosophy. No longer can the rich tradition of Chinese philosophy be at the margins of academic philosophy; it has been recognized as a tradition as rich and varied as that of Greek philosophy,” added Moran, a specialist in phenomenology and medieval philosophy.

Interviewed by China’s CGTN-TV, Moran explained the universal role of philosophy. “There is not a big gap between ordinary people’s lives and philosophy. Philosophy is about human beings making sense of the world.”

In his welcoming address, Moran said, “We are in the middle of global crises of many kinds—crises in politics, in economics, in society, in the environment, and, furthermore, crises in our traditions, beliefs, and values. Indeed, despite the extraordinary technological and scientific achievements of our time, perhaps there has never been such a global sense of insecurity and distrust.

“Everywhere human relations with one another, with the social and natural environment, and with the cosmos as a whole, are challenged by problems of such an enormous scale than no one country, no one language-community, no one knowledge-economy, can address these challenges on its own. No group or community can live in isolation; we live in mutual dependence, in what the philosopher Edmund Husserl called Ineinandersein, ‘being-with-one-another’; in what Hannah Arendt calls life ‘in the plural.’

“‘Learning to be human’ has to be understood to include learning how to be a better human being, through self-improvement, self-rectification, self-critique, and also through communal learning together in order to improve our humanity,” added Moran.