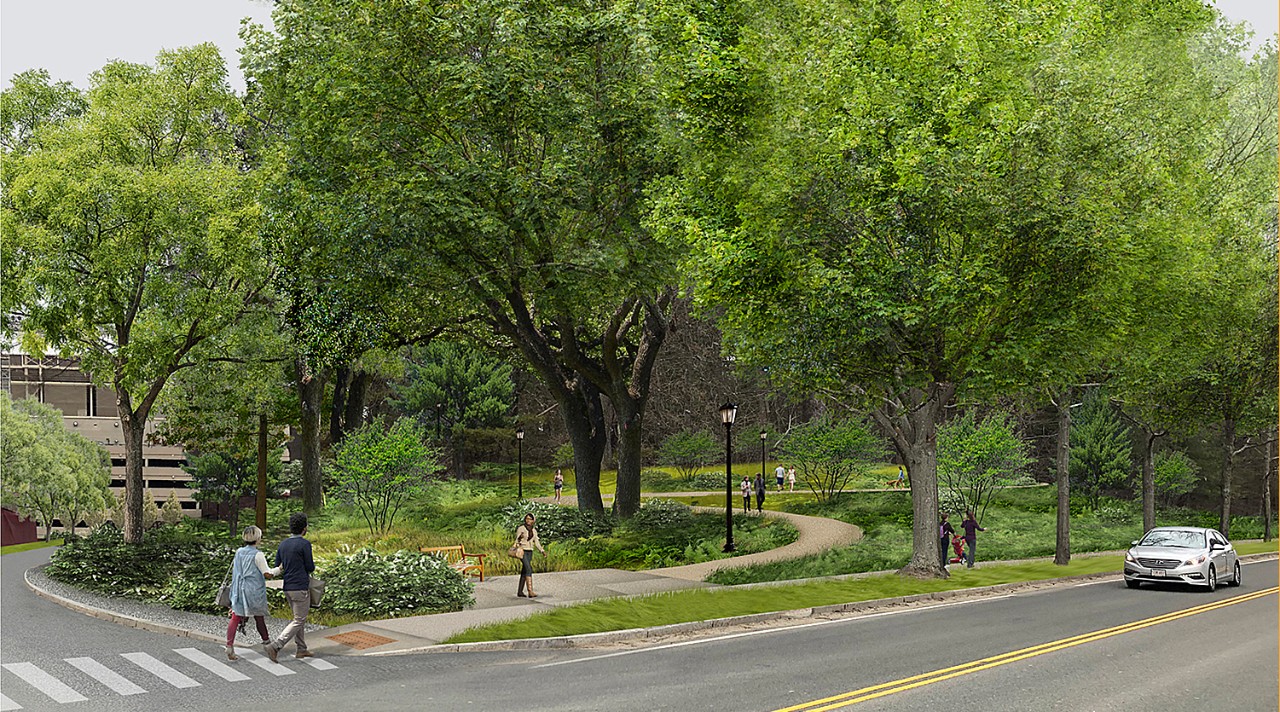 The two projects reflect the University’s efforts to provide open and green spaces and promote recreation and athletics as part of the overall BC experience.

Located on Thomas More Road across from the Chestnut Hill Reservoir, the Pine Tree Preserve will feature pedestrian walkways, park benches, viewing areas, and lighting, and will be open to the University community and general public. The project stems from an agreement between the Massachusetts Water Resources Authority, which controls the parcel, and Boston College, which will oversee maintenance of the property.

This spring saw the removal of some trees and rough grading at the site, according to Senior Construction Project Manager Edward Stokes. A sub base for the walking path has been laid and utilities for lighting and irrigation completed. Landscaping around the border of the property will last through June and into early July, after which the path—which will be handicapped accessible—will be paved and lighting installed.

Landscape Planning and Services Director Regina Bellavia said there will be minimal replanting, with flowering trees like dogwood and witch hazel, and ground cover along the path, so as to provide greater visibility within and around the preserve.

A related project will involve converting the former section of Campanella Way between the preserve and the Margot Connell Recreation Center into green space, Stokes noted.

Stokes—who praised McCourt Construction, the firm undertaking the project—said the construction of Pine Tree Preserve is expected to be complete by the end of July. 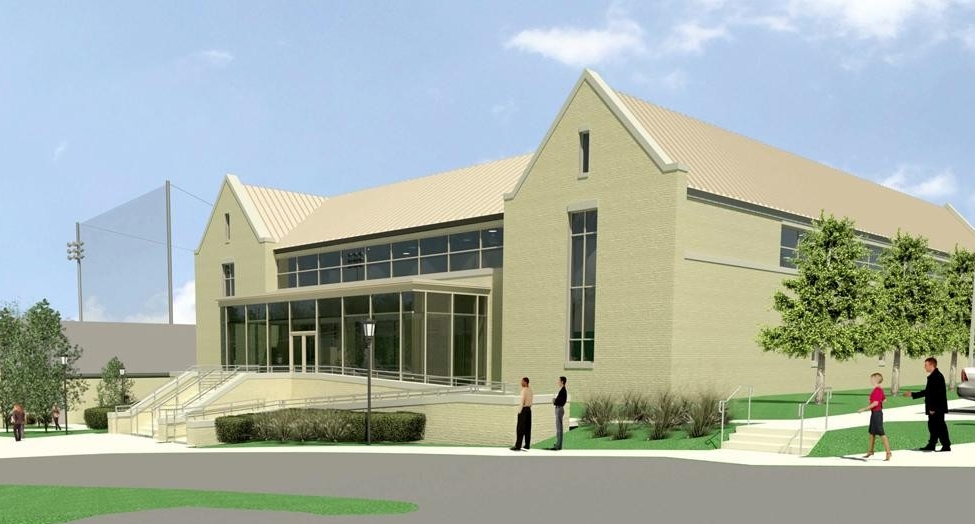 Work began in late May on the new two-level support building for the Harrington Athletics Village, which opened in 2018 as the home of BC’s baseball, softball, and intramural fields, and is named for University Trustee Associate John L. Harrington ’57, MBA’66, H’10, P’82, ’89, ’94. The 31,000 square-foot building’s lower level will include team locker rooms and lounges, strength and conditioning space, and the officials’ locker room. The upper level will feature a hospitality suite with an outdoor terrace overlooking the baseball field, and an indoor practice area that can be divided into batting cages.

On June 26, the University announced that the building will be named the Pete Frates Center, in honor of former BC baseball captain Pete Frates ’07, who has helped lead the fight against amyotrophic lateral sclerosis since he was diagnosed with the disease in 2012. Frates was the inspiration for the Ice Bucket Challenge, which raises funds to combat ALS.

The building will be located on the present site of the north parking lot for 129 Lake Street, adjacent to the smaller support facility built during the first phase of construction. Roadway utility work will take place over the summer, according to Construction Project Manager Michael Leone. Although there will be a temporary loss of some parking spaces, he said, a temporary lot near the existing adjacent parking lots will be made available.

By fall, foundation work will begin on the support building, Leone said, and from late fall through early winter will be the structural steel phase, followed by building finishes in the spring. The project is slated to be completed during the summer of 2020.