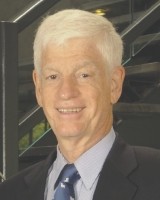 The Boston College Presidential Scholars Program was founded in 1991 through the philanthropy of donors to BC’s Wall Street Council. Those generous men and women shared a vision of a program that would offer a formative education to students of extraordinary potential, firmly based in the University’s Jesuit, Catholic mission. Among those exceptional visionaries was Mario Gabelli, who for nearly three decades has been one of the Program’s greatest champions and leading supporters.

In recognition of Mario’s outstanding generosity, the Program was renamed the Gabelli Presidential Scholars Program in a ceremony on September 25, 2014. This represents a signal moment for us; one that will help us enhance its reputation in higher education.

Mario J. Gabelli is Chairman and Chief Executive Office of GAMCO Investors, Inc., and Chairman of the Gabelli Foundation, Inc. He is a leading proponent of the Graham & Dodd school of securities analysis. His proprietary Private Market Value with a Catalyst™ methodology is now an analytical standard in the value investing community.

He is a member of the Board of Directors of: The American-Italian Cancer Foundation; The Foundation for Italian Art & Culture. A Trustee of: The Winston Churchill Foundation of the United States; E.L. Wiegand Foundation. A member of The Economic Club of New York.