Registration for the 2021 NANDA International Conference, "More than a Language: Nursing Diagnosis Communicating Health and the Human Experience" is now open 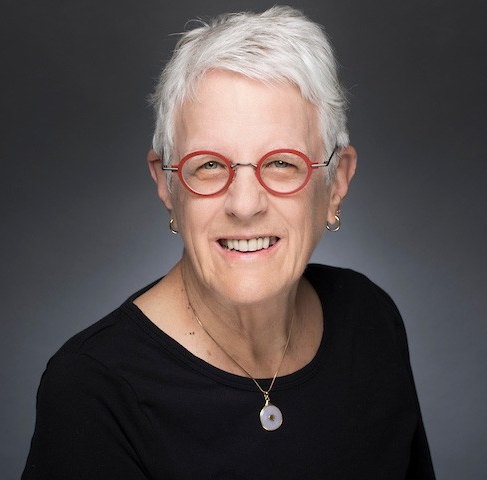 Peggy L. Chinn is Professor Emerita of Nursing at the University of Connecticut, now living in Oakland, CA near her amazing grandchildren. She is the founding Editor of Advances in Nursing Science and authors books and journal articles on nursing theory, feminism and nursing, the art of nursing, and nursing education. She is co-founder and web manager of the Nurse Manifest Project, a project (www.nursemanifest.com) to inspire and empower grass-roots action by nurses to shape the future of nursing and health care based on nursing’s fundamental values. She is a co-founder and web manager of Nursology.net, established in September 2018. Her book and web site focused on cooperative group process, Peace and Power, is grounded in critical feminist theory and nursing philosophy, and is recognized as a model for critical research methods, teaching and learning, community-based practice, and political activism.  Her most recent activist project, ongoing, is “Overdue Reckoning on Racism in Nursing”, bringing together nurses of color and white nurses to engage in “truth and reconciliation” as a path to meaningful systemic change. 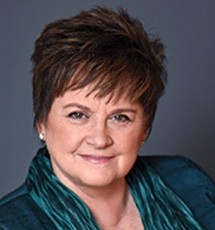 Connie White Delaney is Professor & Dean, School of Nursing, University of Minnesota. She also served as Associate Director of the Clinical Translational Science Institute –Biomedical Informatics, and Acting Director of the Institute for Health Informatics (IHI) in the Academic Health Center from 2010-2015. Delaney is the first Fellow in the College of Medical Informatics to serve as a Dean of Nursing. Delaney was an inaugural appointee to the USA Health Information Technology Policy Committee, Office of the National Coordinator, Office of the Secretary for the U.S. Department of Health and Human Services (HHS). She is an active researcher and writer in the areas of national data and information technology standards development for essential nursing and health care, outcomes/safety, data science, and translational science. She serves on numerous health, business/industry and policy boards/advisory committees. She holds a BSN with majors in nursing and mathematics, MA in Nursing, Ph.D. Educational Administration and Computer Applications, and completed postdoctoral study in nursing & medical informatics. 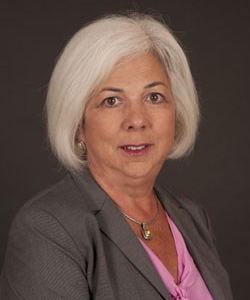 Laura Rossi is committed to the development use and evaluation of nursing diagnosis globally. She first became interested in the concept of nursing diagnosis very early in her professional development. She was mentored by Dr. Marjory Gordon and other nurse leaders from the Massachusetts Conference Group for the Classification of Nursing Diagnosis established shortly after the first St Louis Conference. Over the many years since that time, she has been involved in various NANDA and NANDA-I activities. Most recently, Dr. Rossi has served as the NANDA-I Secretary-Treasurer and was honored as a NANDA-I Fellow at the 2018 Conference.

Dr. Rossi is certified by the American Nurses Association (ANA) as Clinical Nurse Specialist in Adult Health; her clinical practice has focused on care of cardiac patients. She practiced for 24 years at Brigham and Women’s Hospital in Boston where she was instrumental in developing many innovative programs to support the use of nursing diagnosis and theory-based practice. During this time, she consulted and lectured extensively on the use of nursing diagnosis for different populations in various venues of the US. As a clinician, she established a collaborative practice with cardiologists using functional health patterns and nursing diagnosis to guide patient care. She has continued to integrate standardized terminology in her work as an administrator, educator and researcher. In recent years, she has shifted her focus to quality and patient safety issues with particular attention to the electronic health record’s impact on nursing documentation and diagnostic accuracy. 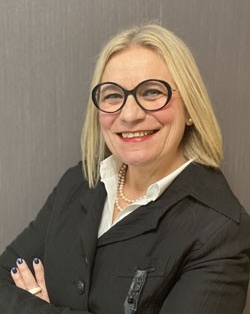 Carme Espinosa i Fresnedo has been involved in NANDA International for many years, and has collaborated as a presenter, committee member, translator, member of the Board of Directors, and currently serves as President of NANDA-I. She was inducted as a Fellow of NANDA International in 2016. She has also served as a member and held board-level positions in the Asociación Española de Nomenclatura Taxonomía y Diagnóstico Enfermero (AENTDE) and the Association for Common European Nursing Diagnoses Interventions and Outcomes (ACENDIO).

Carme’s work has included collaborating on several published articles, chapters, and books – nationally and internationally – on standardized nursling languages and critical thinking. She has collaborated with the team from the University of Iowa both on the Nursing Intervention and Nursing Outcomes Classifications. She has also been the translator the NANDA-I textbook, NANDA International nursing diagnoses: Definitions and classification for three cycles, and is currently translating the European Spanish edition of our upcoming edition.

Her research includes collaboration with several research groups in relation to standardized nursing languages, especially those related to translation and cultural validation of language. Additionally, she has participated in numerous national and international congresses and meetings, presenting papers and in keynote presenter roles. She currently works for Human Resource Development and Training – at Lidera S.L., in Andorra.