The brain’s pathways to imagination may hold the key to altruistic behavior, Boston College researchers find

In those split seconds when we witness others in distress, neural pathways in the brain support the drive to help through facets of imagination that allow us to see the episode as it unfolds and envision how to aid those in need, according to a team of Boston College researchers.

The underlying process at work is referred to as episodic simulation, essentially the ability of individuals to re-organize memories from the past into a newly imagined event simulated in the mind.

Neuroimaging helped the researchers identify multiple neural pathways that explain the relationship between imagination and the willingness to help others, researchers from Boston College and the University of Albany, SUNY, reported recently in the journal Social Cognitive and Affective Neuroscience.

The team explored two separate brain regions with different functions: the right temporoparietal junction (RTPJ), a key brain region thought to be involved in representing the minds of other people, also known as “perspective-taking”; and the medial temporal lobe (MTL) subsystem, a set of brain regions that support the simulation of imagined scenes. 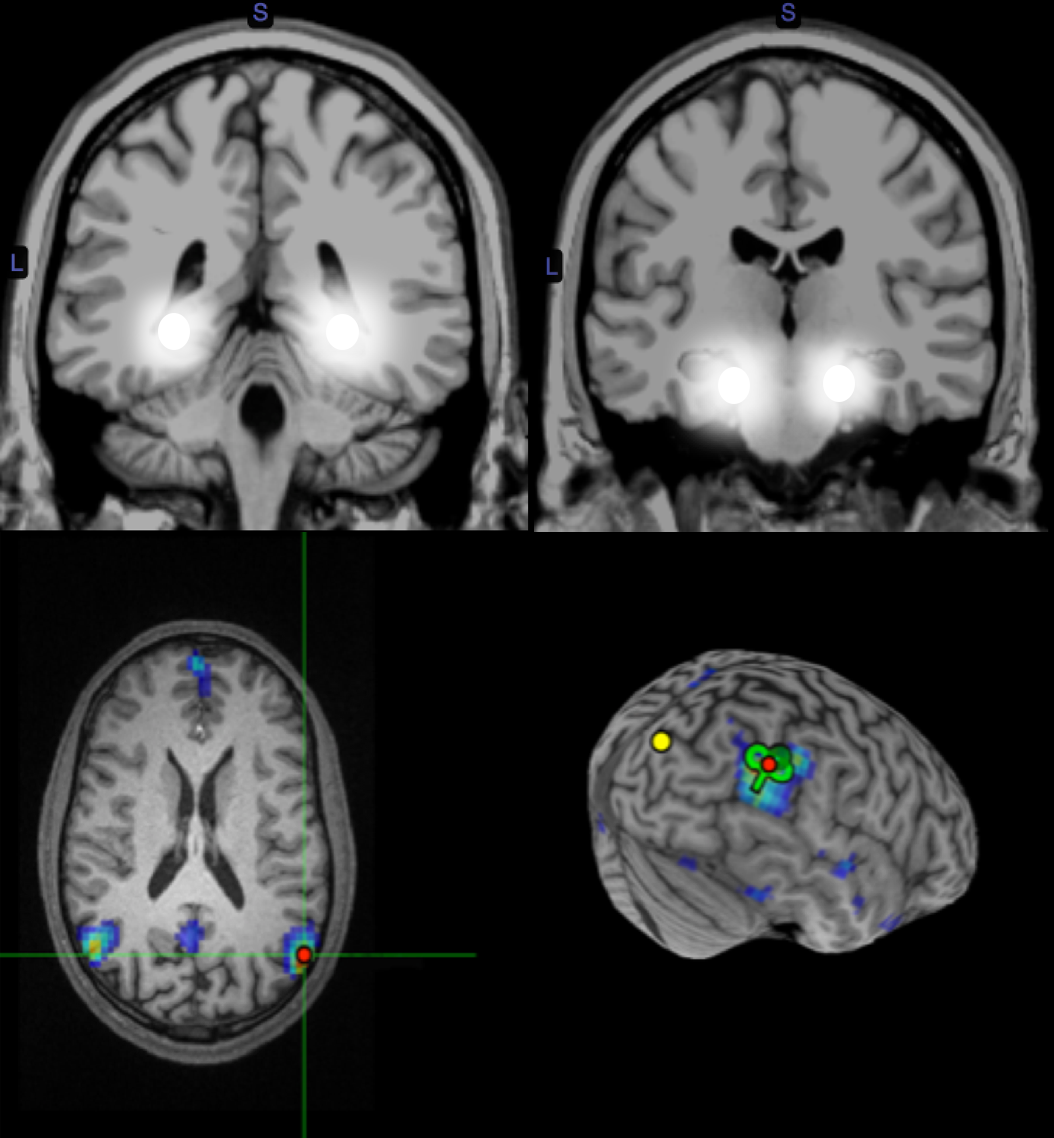 Boston College researchers used neuroimaging to identify multiple neural pathways in the brain that explain the relationship between imagination and the willingness to help others.

The study discovered evidence for the direct impact of scene imagery on willingness to help, according to Boston College Associate Professor of Psychology Liane Young, a co-author and the principal investigator on the project. While study participants imagined helping scenes, neural activity in MTL predicted overall willingness to help the person in need, according to the article, “A role for the medial temporal lobe subsystem in guiding prosociality: the effect of episodic processes on willingness to help others,” which was published in the journal’s April 14 edition.

“If we are able to vividly imagine helping someone, then we think we’re more likely to actually do it,” said Young, director of the Morality Lab at BC. “Imagining the scenery surrounding the situation can also prompt people to take the perspective of the people in the situation who need help, which in turn prompts prosocial action.”

This may be because of a phenomenon known as imagination inflation, where humans use the vividness of their imagination as a kind of cue to estimate the likelihood of an event, according to the co-authors, which also included former BC postdoctoral researcher Brendan Gaesser, now an assistant professor of psychology at the University of Albany, SUNY, research assistants Joshua Hirschfeld-Kroen and Emily A. Wasserman, and undergraduate research assistant Mary Horn.

The team set out to learn how the capacity to simulate imagined and remembered scenes of helping motivate individuals to form more altruistic intentions. The goal was to uncover the cognitive and neural mechanisms that explain the relationship between episodic simulation and the enhanced willingness to help those in need.

In the first experiment, which allowed the team to look at both brain regions, the researchers collected functional brain images as people imagined and remembered helping others in hypothetical scenarios. In the second experiment, while people were imagining helping another person, the team used transcranial magnetic stimulation (TMS) to disrupt activity in their right temporoparietal junction (RTPJ), a key brain region thought to be involved in representing the minds of other people.

Neuroimaging revealed that the willingness to help was also predicted by activity in the RTPJ, a critical node that's involved in taking the perspective of other people, according to the researchers. However, in the second experiment, when the team used TMS to temporarily inhibit activity in the RTPJ, they found that the altruistic effect of vividly imagining helping remained significant, suggesting that this effect doesn't depend exclusively on perspective-taking.

“We had initially expected that higher neural activity in the medial temporal lobe subsystem would be associated with a greater willingness to help,” the research team reported. “Surprisingly, we found the opposite: the more activity a person had in their MTL subsystem while they were imagining helping scenes, the less willing they were to help the person in need.”

This contradiction may be explained by lower MTL activity reflecting greater ease of imagining episodes, and that ease of imagination means that participants are more willing to help. Consistent with this account, the team found that when participants reported finding it easier to imagine or remember helping episodes, they also tended to report being more willing to help the person in need.

Young and Gaesser recently found in a separate study, led by BC postdoctoral researcher Jaclyn Ford and Professor Elizabeth Kensinger, that vividly remembering helping was associated with making more generous donations in the wake of the 2013 Boston Marathon bombing. Next steps in the research will further connect the lab’s neuroimaging approach with measures of real-world altruistic behavior.