Research by Professor of Physics David Broido and an international team of physicists, materials scientists and mechanical engineers has confirmed the high thermal conductivity predicted in isotopically enriched cubic boron nitride, the researchers report in the electronic edition of the journal Science.

The thermal conductivity of a material conveys how much heat can pass through it when its ends are at different temperatures. Materials with very high thermal conductivity have important technological applications, such as cooling microelectronics. But very few of them have been discovered.

Theoreticians had predicted that isotopically pure cubic boron nitride (c-BN), should have extremely high thermal conductivity - second only to crystals made out of carbon, such as diamond. 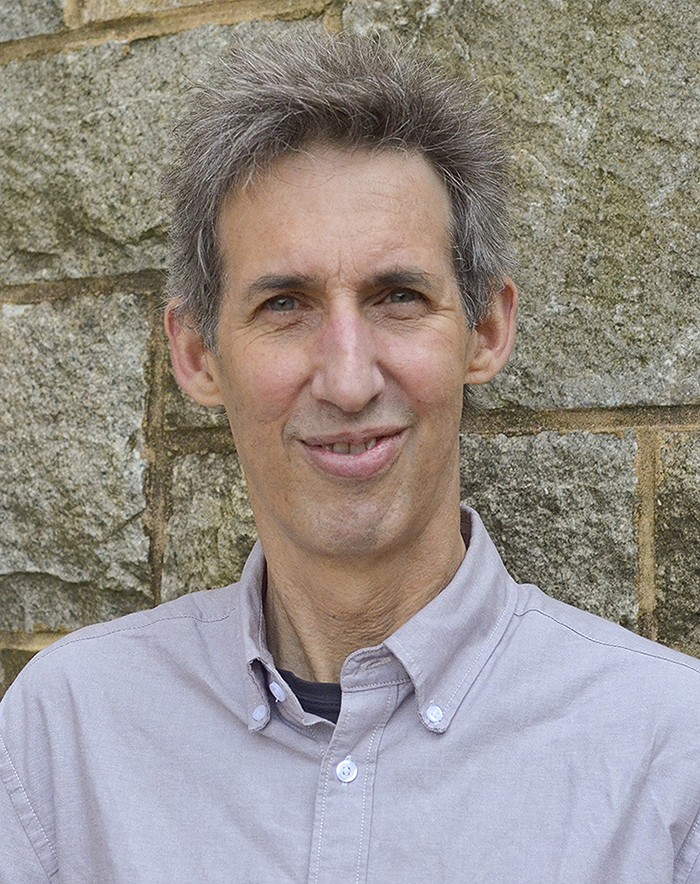 "We wanted to determine whether high quality c-BN can in fact be made to observe the large thermal conductivity magnitudes in c-BN, and whether the huge increase in thermal conductivity with isotopic purification predicted from theoretical calculations is measured in the real material," said Boston College Professor of Physics David Broido, a co-author of the report.

c-BN is particularly challenging to make. Also, it is difficult to measure the thermal conductivity accurately when the value is high. The team overcame these challenges, and the measured thermal conductivity values for the c-BN samples were quite close to the ones they had calculated.

The team also studied the related compounds, boron phosphide (BP) and boron arsenide (BAs). Most elements in nature have mixtures of isotopes, Broido explained. For example, naturally occurring boron has two isotopes, approximately 20 percent boron-10 and 80 percent boron-11. These different isotopes throughout the material produce disorder that adds to the thermal resistance. By making the material with only one isotope (either just B-10 or just B-11) through isotopic enrichment, this resistance is reduced so the thermal conductivity increases, he said. 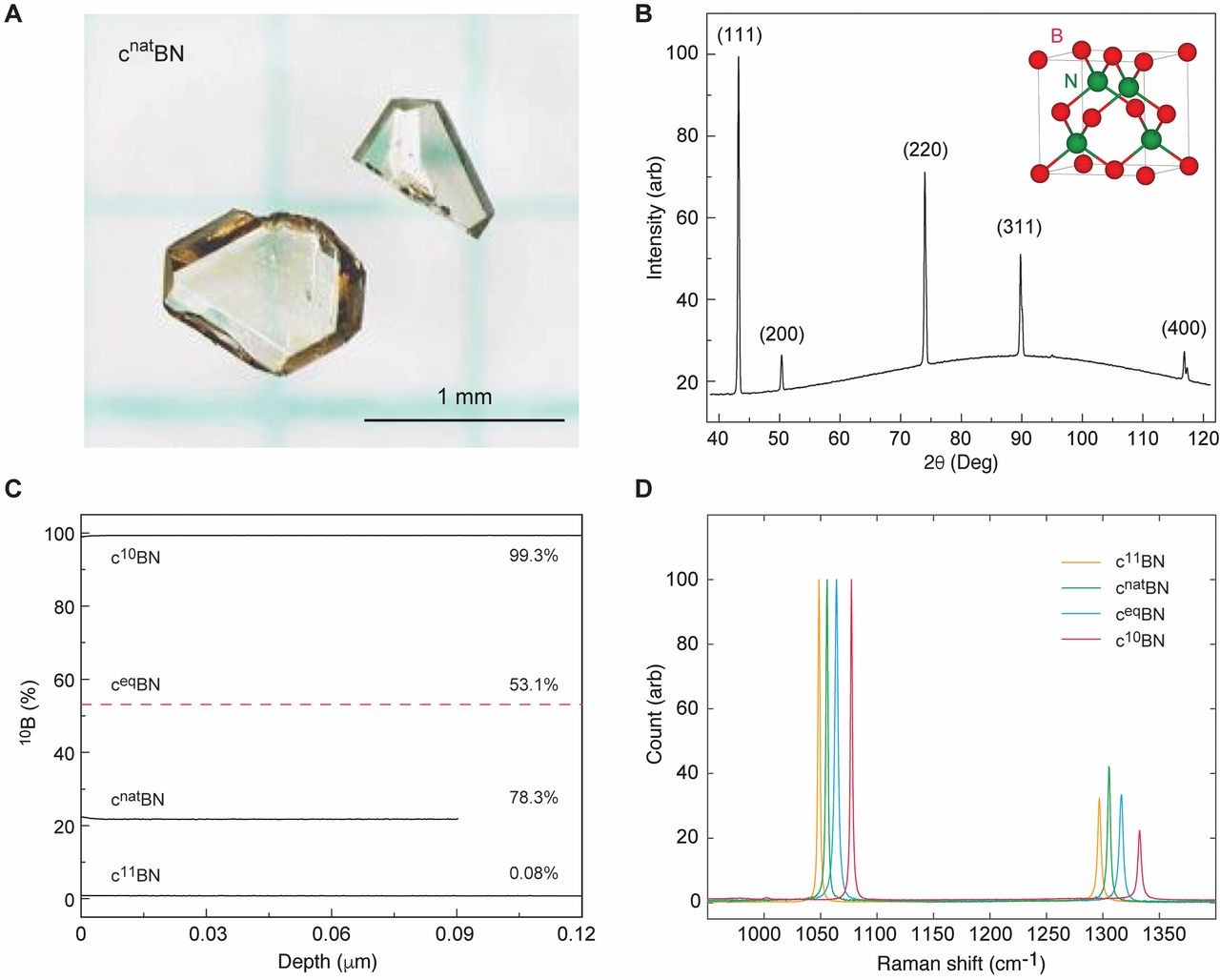 Fig. 1 Structure and composition of homegrown cubic boron nitride crystals. (A) Optical image of two typical cnatBN crystals. (B) X-ray diffraction pattern from a c10BN crystal, indicating a zinc-blende structure (inset) with a lattice constant of 3.6165(5) Å. Moreover, there appear to be a few crystallites within the sample. Crystals from the same growth batch were used for thermal measurement. (C) Boron isotope concentrations measured by TOF-SIMS. Since no large ceqBN crystal was available for an accurate TOF-SIMS measurement, the dashed red line shows an estimation based on the characteristic Raman peaks (fig. S27 and table S1). (D) Raman peak positions as signatures of boron isotope compositions. Representative room temperature spectra normalized to the highest peak for better peak-shift visualization.

By a remarkable coincidence of nature, the elements nitrogen, phosphorus and arsenic, which naturally bond with boron to make c-BN, BP and BAs, have only a single isotope. So, for these compounds the isotopic disorder is only on the boron atoms and thus is the same in all three compounds made with naturally occurring boron, Broido said. Yet, isotopic enrichment of the boron atoms gave a doubling of thermal conductivity for c-BN, but much smaller increases for BP and BAs.

The boron and nitrogen atoms have roughly the same mass, while arsenic and phosphorous are heavier.

"We showed that the larger arsenic and phosphorous masses compared with boron caused the isotopic disorder in BAs and BP to give only small resistance to heat flow," said Broido, who performed theoretical calculations with Boston College post-doctoral fellow Navaneetha K. Ravichandran. "It is as if the isotopic disorder becomes invisible to the heat flowing through the BAs and BP samples."

In contrast, removing the same amount of disorder through isotopic enrichment in c-BN results in a huge increase in thermal conductivity.

"It was amazing to see the measured data and theoretical calculations consistently agreeing so closely with each other. The theory has no parameters in it that can be adjusted to fit the measurements. It either agrees with the measurements or it doesn't," said Broido. "The excellent agreement highlights the accuracy of the theory, the precision of the measurements, and the high purity of the samples."

Broido said further investigation is needed to better understand the types of defects that occur in c-BN that act to reduce its heat conductivity. Because such ultrahigh thermal conductivity materials are so rare, he hopes that theoretical and computational searches can identify new candidates and unravel the mysteries surrounding their usual properties.