Exposure could increase risk by 51 percent for individuals, report international researchers including BC Global Observatory on Pollution and Health Co-Director Kurt Straif, M.D.

Exposure to secondhand smoke could increase the risk of developing oral cancer by 51 percent for individuals, according to a new meta-analysis of prior cancer studies, published in the journal Tobacco Control by an international team of scientists, including Global Observatory on Pollution and Health Co-Director Kurt Straif, M.D.

Previous studies have shown that inhaling secondhand smoke causes several diseases, including lung cancer. Although tobacco smoking is a known cause of oral cancer, it has not yet been established whether or not secondhand smoke also causes oral cancer.

Straif and an international team of researchers from Portugal, Britain, and Spain, set out to evaluate if there was a potential association between secondhand smoke exposure and the risk of oral cancer.

They reviewed and analysed five existing relevant studies—carried out in Asia, Europe, North America and Latin America—involving 6,977 people collectively of whom 3,452 were exposed to secondhand smoke and 3,525 were not.

Analysis showed that people who were exposed to secondhand smoke had a 51 percent higher risk of developing oral cancer, according to the report “Secondhand smoke exposure and oral cancer risk: a systematic review and meta-analysis”. In addition, the duration of exposure of more than 10 or 15 years increased the risk of oral cancer to more than twice compared with non-exposed individuals, the researchers found.

“This should be another incentive for additional states to ratify the FCTC, and for those who have already ratified to strengthen their policies and increase their efforts against the tobacco industry and to control tobacco smoking and protect non-smokers, including the most vulnerable people”

Straif, a former World Health Organization scientist, said the findings should not only serve to inform the public, but also government policymakers worldwide, particularly in nations that have yet to embrace the WHO’s Framework Convention on Tobacco Control. 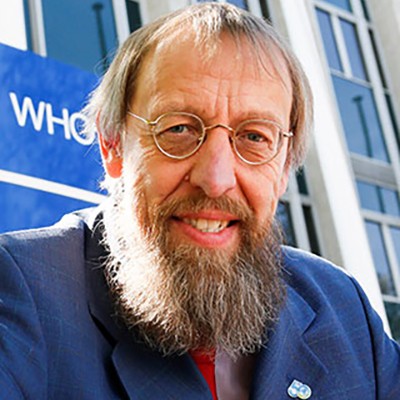 “Adding oral cancer, our new paper suggests that the burden of second-hand smoke-related cancer is greater than known before,” said Straif, a visiting scholar at BC. “This should be another incentive for additional states to ratify the FCTC, and for those who have already ratified to strengthen their policies and increase their efforts against the tobacco industry and to control tobacco smoking and protect non-smokers, including the most vulnerable people.”

Boston College established the Global Observatory on Pollution and Health in 2018 to track efforts to control pollution and prevent pollution-related diseases that account for an estimated 9 million deaths worldwide each year. Under the direction of Professor of Biology Philip Landrigan, M.D., the Observatory is part of the Schiller Institute for Integrated Science and Society, the centerpiece of a $150-million life sciences facility slated to open on campus this fall.

Oral cancers—lip, oral cavity and oropharynx cancers—account for 447,751 new cases of cancer and 228,389 deaths every year globally, according to the study, published in the journal Tobacco Control. Tobacco smoking, use of smokeless tobacco, alcohol consumption, and betel quid chewing pose significant risk factors for these illnesses.

Tobacco smoke forms the largest exposure of humans to chemical carcinogens and it causes one out of five cancer-related deaths in the world. However, it is not only active smokers affected.  According to data from 192 countries, 33 percent of male non-smokers, 35 percent of female non-smokers and 40 percent of children were exposed to involuntary smoking during one year by inhaling secondhand tobacco smoke.

The authors acknowledge that their analysis only involved a small number of studies, but that several of the original studies had already pooled many individual studies so the overall number of cases and controls for the new meta-analyses was high.

As such, they conclude: “This systematic review and meta-analysis supports a causal association between secondhand smoke exposure and oral cancer. Moreover, the analyses of exposure response, including by duration of exposure (more than 10 or 15 years) to secondhand smoke, further supports causal inference.”

They add: “The identification of the harmful effects of secondhand smoke exposure provides guidance to public health professionals, researchers, and policymakers as they develop and deliver effective secondhand smoke exposure prevention programmes and adopt appropriate measures to implement guidelines in Article 8 of the WHO’s [World Health Organization] Framework Convention on Tobacco Control.”

University Communications | May 2021 | Materials provided by BMJ Journals contributed to this report.