The world may need to start thinking differently about plants, according to a report in the journal Science by researchers who took a fresh look at spore-like microfossils with characteristics that challenge our conventional understanding about the evolution of land plants.

Found in rock samples retrieved in Australia more than 60 years ago, the microfossils dating to the Lower Ordovician Period, approximately 480 million years ago, fill an approximately 25-million-year gap in knowledge by reconciling the molecular clock—or pace of evolution—with the fossil spore record—the physical evidence of early plant life gathered by scientists over the years. 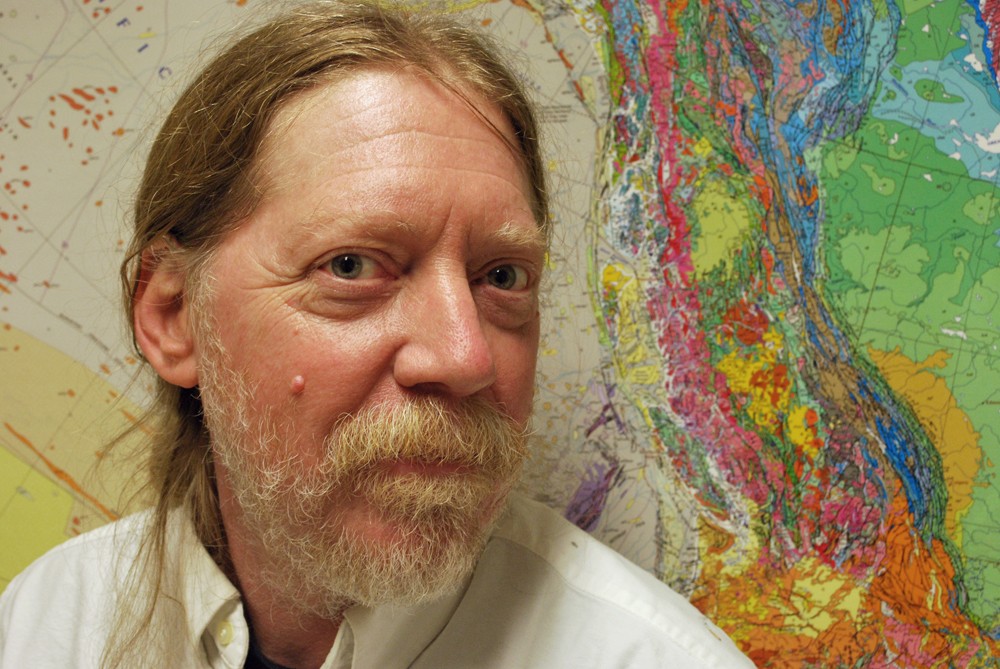 This reconciliation supports an evolutionary-developmental model connecting plant origins to freshwater green algae, or charophyte algae, said Boston College paleobotanist Paul Strother, a co-author of the new report. The “evo-devo” model posits a more nuanced understanding of plant evolution over time, from simple cell division to initial embryonic stages, rather than large jumps from one species to another.

“We found a mix of fossils linking older, more problematic spore-like microfossils with younger spores that are clearly derived from land plants,” said Strother. “This helps to bring the fossil spore record into alignment with molecular clock dates if we consider the origin of land plants as a long-term process involving the evolution of embryonic development.”

The fossil record preserves direct evidence of the evolutionary assembly of the plant regulatory and developmental genome, Strother added. This process starts with the evolution of the plant spore and leads to the origin of plant tissues, organs, and eventually macroscopic, complete plants—perhaps somewhat akin to mosses living today.

“When we consider spores as an important component of the evolution of land plants, there is no longer a gap in the fossil record between molecular dating and fossil recovery,” Strother said. Absent that gap, “we have a much clearer picture of a whole new evolutionary step: from simple cellularity to complex multicellularity.”

As a result, researchers and the public may need to re-think how they view the origin of terrestrial plants—that pivotal advance of life from water to land, said Strother.

“We need to move away from thinking of the origin of land plants as a singularity in time, and instead integrate the fossil record into an evo-devo model of genome assembly across millions of years during the Paleozoic Era—specifically between the Cambrian and Devonian divisions within that era,” Strother said. “This requires serious re-interpretation of problematic fossils that have previously been interpreted as fungi, not plants.”

Strother and co-author Clinton Foster, of the Australian National University, set out to simply describe an assemblage of spore-like microfossils from a deposit dating to the Early Ordovician age—approximately 480 million years ago. This material fills in a gap of approximately 25 million years in the fossil spore record, linking well-accepted younger plant spores to older more problematic forms, said Strother.

Strother and Foster examined populations of fossil spores extracted from a rock core drilled in 1958 in northern Western Australia. These microfossils are composed of highly resistant organic compounds in their cell walls that can structurally survive burial and lithification. They were studied at Boston College, and at the ANU’s Research School of Earth Sciences, with standard optical light microscopy.

“We use fossil spores extracted from rock drill cores to construct an evolutionary history of plants going back in time to the very origin of plants from their algal ancestors,” said Strother. “We have independent age control on these rock samples, so we study evolution by looking at changes in the kinds of spores that occur over time.”

Molecular biologists also look at evolutionary history through time by using genes from living plants to estimate the timing of plant origins using “molecular clocks”—a measurement of evolutionary divergence based on the average rate during which mutations accumulate in a species’ genome.

However, there are huge discrepancies, up to tens of millions of years, between direct fossil data and molecular clock dates, said Strother. In addition, there are similar time gaps between the oldest spores and when actual whole plants first occur.

These gaps resulted in hypotheses about a “missing fossil record” of the earliest land plants, said Strother.

“Our work seeks to resolve some of these questions by integrating the fossil spore record into an evolutionary developmental model of plant origins from algal ancestors,” Strother said.

A fossil record of land plant origins from charophyte algae

Department of Earth and Environmental Sciences