Researchers have paired a specialized diet and a tumor-fighting drug and found the non-toxic combination helps to destroy the two major cells found in an aggressive form of brain cancer, the team reports in the online edition of the Nature group journal Communications Biology.

The international team combined a calorie-restricted diet high in fat and low in carbohydrates with a tumor-inhibiting antibiotic and found the combination destroys cancer stem cells and mesenchymal cells, the two major cells found in glioblastoma, a fast-moving brain cancer that resists traditional treatment protocols. 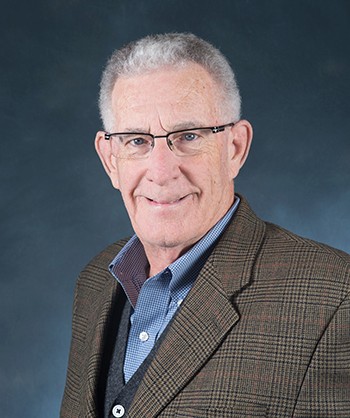 The ketogenic diet and the antibiotic 6-diazo-5-oxo-L-norleucine—first characterized in 1956 and referred to as DON—offer a non-toxic therapeutic strategy that could be used to manage the deadly brain cancer, said Boston College Professor of Biology Thomas N. Seyfried, a lead author of the paper with Boston College Senior Research Scientist Purna Mukherjee.

The researchers, probing a treatment modeled on evidence that glioblastoma is primarily a mitochondrial metabolic disease driven by fermentation, discovered the combination was able to penetrate the blood-brain barrier that shields the brain from both injury and interventions, they wrote in the article, titled "Therapeutic benefit of combining calorie-restricted ketogenic diet and glutamine targeting in late-stage experimental glioblastoma."

“We were surprised that the restricted ketogenic diet facilitated delivery of DON through the blood-brain barrier,” said Seyfried, a lipid biochemist and author of the book Cancer As A Metabolic Disease (Wiley, 2012). “It appears from this study and our previous study with another drug, that the restricted ketogenic diet can be considered a novel drug delivery system for the brain. There is no drug known that can do this.”

The team from Boston College, Harvard Medical School, Berg LLC., Venezuela’s Zulia University, and Hungary’s University of Budapest, studied the diet-drug intervention in mice that serve as the closest models to glioblastoma in humans.

The carbohydrate glucose and the amino acid glutamine are the two major fermentable fuels in the body that can drive the growth of glioblastoma, as well as most cancers, Seyfried said. Yet relatively few studies have simultaneously targeted these fuels as candidates for therapeutic management of glioblastoma.

In a report last December, Seyfried and colleagues identified glutamine fermentation as the “missing link” in the metabolic theory of cancer first posited by Nobel laureate Otto Warburg in 1931. Contrary to the theory that cancer is determined by genomic instability in the nucleus of a cell, the metabolic theory of cancer holds that cancer’s deadly path begins in the mitochondria, where cells generate energy.

In their new study, the researchers administered DON, a glutamine antagonist, in concert with a calorie-restricted, ketogenic diet to treat late-stage tumor growth in the brain. DON targets the biochemical “missing link”—the reaction glutaminolysi—while the ketogenic diet both reduces glucose and elevates non-fermentable and neuroprotective ketone bodies, Seyfried said.

In addition to Seyfried and Mukherjee, co-authors of the study include Marek A. Domin, of the Boston College Department of Chemistry’s Mass Spectrometry Center and former undergraduate researcher Zachary M. Augur; Michael A. Kiebish of Berg LLC, Rodney Bronson of Harvard Medical School; Gabriel Arismendi-Morillo, of Zulia University, Venezuela; and Christos Chinopoulos of the University of Budapest, Hungary.

Glioblastoma is an aggressive primary human brain tumor that has resisted effective medical treatments and interventions for decades. The current standard of care combination of surgery, chemotherapy and radiation treatment offers to a median life expectancy of 15 to 16 months, often with debilitating side effects.

“The findings support the importance of glucose and glutamine in driving glioblastoma growth and provide a therapeutic strategy for non-toxic metabolic management,” said Seyfried, who has been searching for alternative cancer treatments throughout his career.

Seyfried said next steps to further explore the combination would be to determine if the diet-drug therapeutic synergy found for glioblastoma could also be seen for other malignant cancers, as glucose and glutamine are the key fuels that drive most if not all malignant cancers regardless of cell or tissue origin.