The discovery of a billion-year-old fossil in Scotland offers exciting new insight into animal evolution, BC researcher says

The billion-year-old fossil of an organism, exquisitely preserved in the Scottish Highlands, reveals features of multicellularity nearly 400 million years before the biological trait emerged in the first animals, according to a new report in the journal Current Biology by an international team of researchers, including Boston College paleobotanist Paul Strother.

The discovery could be the “missing link” in the evolution of animals, according to the team, which included scientists from the University of Sheffield, in the UK. The microfossil, discovered at Loch Torridon, contains two distinct cell types and could be the earliest example of complex multicellularity ever recorded, according to the researchers.

“Our findings show that the genetic underpinnings of cell-to-cell cohesion and segregation—the ability for different cells to sort themselves into separate regions within a multicellular mass—existed in unicellular organisms a billion years ago, some 400 million years before such capabilities were incorporated into the first animals,” said Strother, a research professor in the Department of Earth and Environmental Sciences at Boston College.

The fossil’s discovery in an inland lake shifts the focus on the first forms of early life from the ocean to freshwater. 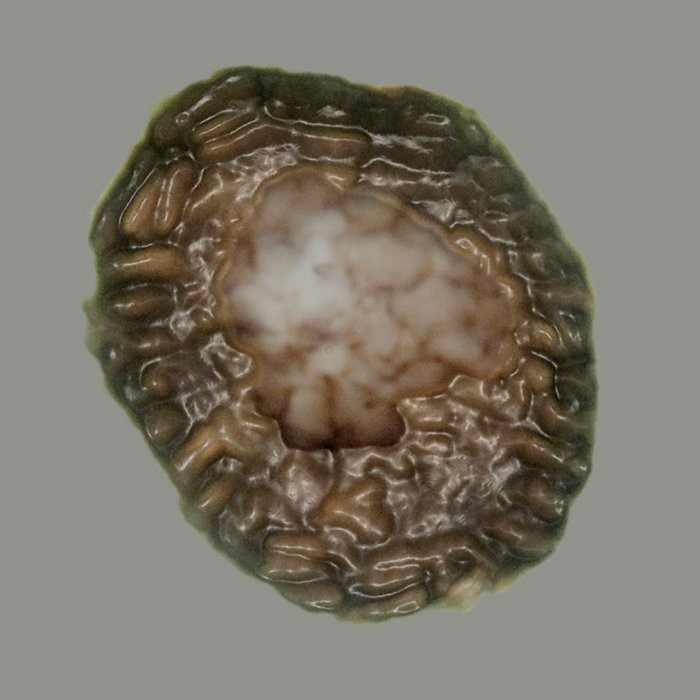 Animals, or metazoa, are one of only five groups of organisms that have evolved complex multicellularity—organisms that grow from a single cell that develops into a myriad of different cells and tissues. Animals probably evolved from unicellular ancestors that went through multicellular stages during their life cycles, said Strother, an expert in paleobotany and palynology, the study of fossil spores and pollen. Land plants, too, achieved complex multicellularity when they evolved from simpler algal ancestors some time during the early Paleozoic from about 500 to 400 million years ago.

“We describe here a new fossil that is similar to living unicellular relatives of animals, belonging to the group Ichthyosporea,” said Strother. “Our fossil shows life-cycle stages with two different kinds of cells, which could be the first step toward the evolution of complex multicellularity in the evolutionary lineage leading to the Metazoa.”

The study was based on populations of cells preserved in the mineral phosphate that were collected from billion-year-old lake deposits found in the northwest Scottish Highlands.” Strother said. Samples are prepared in rock thin sections which allow microfossils to be seen under the light microscope or with a focused ion beam microscope.

The microfossils were discovered as part of an ongoing project to describe life living in freshwater lakes one billion years ago, using samples collected in Scotland and Michigan by Strother beginning in 2008, with support from NASA and the National Geographic Society, and now the Natural Environment Research Council in the UK.

The new fossil has been described and formally named Bicellum Brasieri in the new report.

Strother said the discovery has the potential to change the way scientists look at the earliest forms of life on Earth.

“Our study of life in billion-year-old lakes is challenged by our ability to determine which kinds of organisms are represented in these deposits,” he said. “Previously we have assumed that most of what we see in these deposits are various kinds of extinct algae, but the morphological features of Bicellum really are more like those of modern-day unicellular relatives of animals. This is causing us to broaden our approach to reconstructing the diversity and ecology of life on Earth one billion years ago.”

The discovery will allow researchers to expand upon a more thorough reconstruction of the life-cycle of Bicellum, Strother said.

“Armed with comparative morphology with modern day Ichthyosporeans, we may be able to recognize additional morphogenic stages and determine how a single generative cell divides to become a multicellular cell mass,” he said.