It was a research project that could have easily failed. Even one of the principal investigators
had significant doubts as to whether his team would get enough meaningful data. 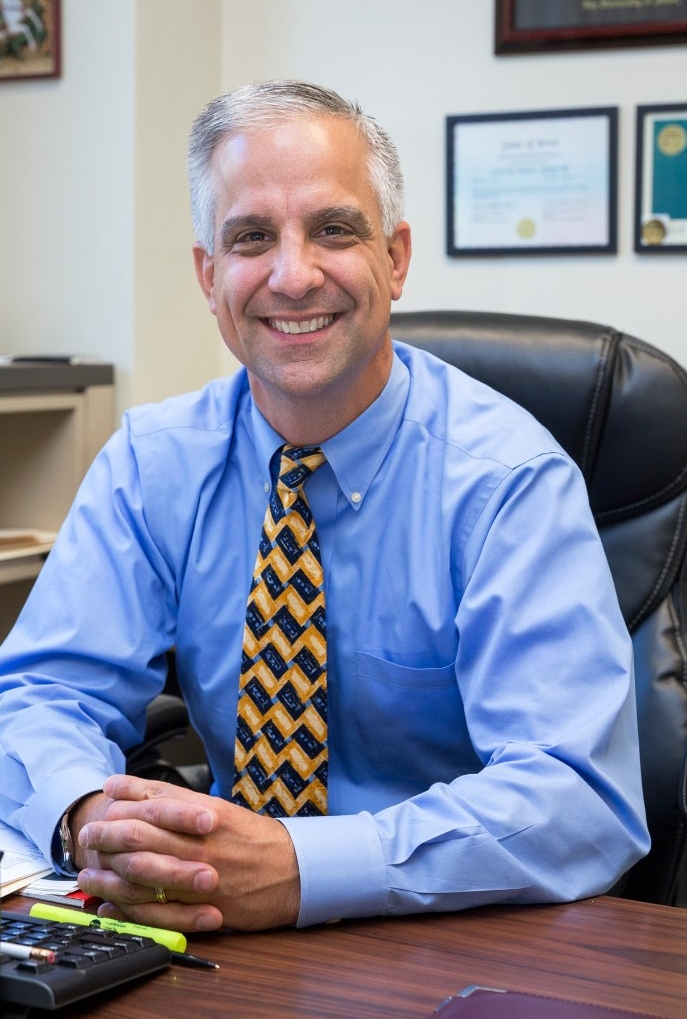 As pleased as Easton is by the outcome thus far, he is less interested in personal gratification than in ensuring the project continues to move forward and helps make a significant impact in social work, and people’s lives.

“Even as they serve clients, U.S.-based social workers often struggle with issues like burn-out, secondary trauma, and staffing turnover,” he says. “It’s challenging enough for social workers to stay physically and emotionally healthy in a developed country. But for a social worker in a fragile state layered with a political and military conflict, it can be incredibly daunting to carry out your job and help others.”

The obstacles Palestinian social workers in the West Bank and Gaza (identified in the study as “Occupied Palestinian Territories”) face include scarce resources for meeting clients’ needs except for only the most basic; fears for their own personal safety amidst continuing turmoil; and the accumulated stress of witnessing violence and suffering, and being unable to do much to prevent it.

More than 230 social workers, employed through the Palestinian Authority Ministry of Social Development, responded to the survey. Among other findings, seven in 10 participants met criteria for clinical levels of somatic problems (such as headaches and stomach troubles), one in three experienced moderate or severe psychological distress, and four in 10 indicated their standard of living was average or poor.

“While some of the Palestinian social workers’ experiences relate to their region’s unique characteristics and geopolitical situation,” says Easton, “we believe that the findings could apply to other parts of the world, and help in creating supports for social work professionals in conflict zones—who are often vulnerable to neglecting their own self-care because they are focused on helping others.”

Easton’s co-leader, Najwa Safadi—who earned her doctorate from the BC School of Social Work and is a faculty member in social work at Al-Quds University in Jerusalem—shared major findings from the project in August to representatives from the Palestinian Authority and Al-Quds at a public presentation that als was attended by a number of social workers who had contributed to the study. Easton spoke at the event via Skype.

“It’s challenging enough for social workers to stay physically and emotionally healthy in a developed country. But for a social worker in a fragile state layered with a political and military conflict, it can be incredibly daunting to carry out your job and help others. ”

Easton and his team faced logistical challenges, such as needing to visit 12 different Palestinian Authority offices in the West Bank to collect data from the social workers. An even bigger question was how many social workers would even respond to the survey, and how useful the information would be—the assessment tool Easton’s team sought to use, the Kessler Psychological Distress Scale, had no validated Arabic version. Easton recalls telling a research administrator there was a better-then-even chance the project wouldn’t pan out.

But his wife, Ikram Easton of BC’s Slavic and Eastern Languages Department, played a valuable role in translating the instrument from English to Arabic and, when the surveys were returned, back into English. Moreover, the response rate—more than 90 percent— from the social workers proved to be astounding.

Although most of the survey was quantitative, participants were able to respond to open-ended questions, Easton notes. “What we found amongst these individuals was a deep, burning desire to build community and help others, a quality called service orientation that is shared by social work colleagues throughout the world. Another strength we found was participants’ level of organizational commitment, which was off the charts.”

An important by-product of the project is the validation of Ikram Easton’s translation of the Kessler Scale, which the team made available over the Internet; they also published their findings in the journal Health and Quality of Life Outcomes. The Arabic version is now in use by clinicians and researchers in Syrian refugee camps, hospitals in Saudi Arabia, and nursing programs in United Arab Emirates, among others, and more users are likely to emerge. Nor did Ikram’s contribution stop there, Easton notes: She provided translation for Easton’s talk at the August press conference—which, for the Eastons, came in the wee hours of the morning.

The work is far from over, Easton says: The team plans to roll out several more scholarly publications in the next few years based on the research; one paper under review examines how boosting social workers’ health and life satisfaction makes them better equipped to serve others and less prone to stress and burn-out.

He also recognizes that the Israeli-Palestinian conflict’s polarizing nature may color some observers’ views of the project.

“Good social science is supposed to be objective and lead to generalizable results,” he says. “However, our profession’s concern for social justice prompts us to ask, ‘Does the scientific process give voice to the marginalized?’ It’s impossible to talk about Palestinian social workers’ health and well-being without acknowledging the reality of the situation on the ground. But our ultimate purpose is to seek placebased solutions that enhance, empower, and positively impact the lives of those social workers, key catalysts striving to build a brighter future in Palestine.”

Easton expressed gratitude for University and BC School of Social Work support of the project. “We appreciate their trust in our ability to do scientific research in an area of the world many might avoid. It means BC is putting its Jesuit values, and BCSSW its professional values, into action.”