The recent controversy over Alzheimer’s treatment Aduhelm—criticized for its high cost and dogged by questions about its effectiveness—should serve as a warning to Americans about the limits of Medicare to make drugs affordable to those enrolled in the federal insurance program, according to a report by the Boston College Center for Retirement Research.

Titled “Medicare’s Finances and the Aduhelm Saga,” the CRR brief called for policymakers to give Medicare more power to negotiate prices for medications it covers, given the likelihood that other expensive drugs will emerge in the future.

“Congress needs to change the rules of the road, so that these much-needed products do not bankrupt the Medicare program or individual beneficiaries,” wrote the study co-authors, CRR Director Alicia Munnell and Research Associate Patrick Hubbard.

Aduhelm generated hopes in the public and medical community alike when it was developed several years ago under the name aducanumab by Biogen Inc., but disappointing results from initial trials of the drug dampened enthusiasm. Biogen nonetheless restarted the Federal Drug Administration approval process in 2019, claiming that analysis of a larger dataset showed higher doses of aducanumab reduced clinical decline among patients in early stages of Alzheimer’s. Even though tests still failed to show conclusively that it worked, and an advisory committee overwhelmingly voted against approval, last June the FDA greenlighted aducanumab to be manufactured under the name Aduhelm.

Another aspect of the Aduhelm controversy emerged: its cost of $56,000 a patient per year. In the wake of weak sales of the product, Biogen cut the price to $28,200. But as the CRR report noted, Aduhelm only slows the rate of cognitive decline from Alzheimer’s, rather than curing or reversing it, meaning that patients would have to continue taking it for many years. The calculus for Medicare and its enrollees is therefore grim, said Munnell and Hubbard.

“With an annual price of $28,200 and one million recipients, Medicare’s bill for Aduhelm would be $23 billion (Medicare pays 80 percent, and beneficiaries pay 20 percent in copayments). Aduhelm expenditures would have amounted to about two-thirds of what Medicare Part B currently spends on all drugs and eight times what it spends on the current most expensive drug, Eylea [which treats macular degeneration].”

A $23 billion increase would require a 5.4 percent rise in Part B premiums, and the costs would only rise as the number of Alzheimer’s patients swell—and even more so if a competitor offered a clearly effective drug at the original $56,000 a year price, they pointed out.

Meanwhile, the CRR report noted, the Social Security Act limits Medicare’s ability to negotiate drug prices by restricting the Secretary of Health and Human Services from interfering in negotiations between drug manufacturers and drug plan sponsors. In fact, Medicare often pays more than the list price in the short term: For most Part B drugs, it reimburses 106 percent of the average sales price, or ASP, to United States purchasers outside the federal government. For new drugs, such as Aduhelm, where no ASP is available, Medicare pays 103 percent of the wholesale acquisition cost—that is, the list price—until ASP data are available.

Some legislation has been introduced that would allow Medicare to negotiate prices, but only in specific circumstances, noted the authors, and a new drug with no customers like Aduhelm would not be covered. 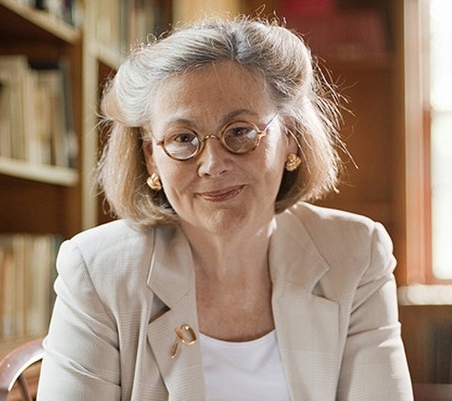 Munnell, who is the Drucker Professor of Management Sciences in the Carroll School of Management, discussed the CRR report with the Boston College Chronicle.

The controversy about Aduhelm received a lot of media coverage, but that feels like it was a long time ago, especially as other events have moved to the fore.  Did CRR see this paper as a means to reset the discussion and address aspects of the Aduhelm issue that had received less attention?

Our study was intended to draw attention to the potential vulnerability of Medicare’s finances to expensive new drugs, given that the program has no authority to negotiate prices.  The Aduhelm saga underscored this vulnerability because the drug has both an extremely high price tag and would potentially be available to a very large group of Medicare beneficiaries.

One clear sign that Medicare itself recognized the unusual nature of this risk was that it hiked the program’s Part A premiums for this year by 14.5 percent, partly as a preemptive move in case the drug did become widely available.

The paper notes the longstanding problem of Congress not granting Medicare some authority to negotiate prices.  How long has this been a problem, and why hasn’t Congress seen fit to act?

The program has never had the authority to use its substantial purchasing power to negotiate prices, which has led to some financial concerns in the past.  For instance, in the early 2010s, a new Hepatitis C drug was approved, and spending on that drug increased program drug costs substantially above their previous level.  In that case, the drug required only a single course of treatment to cure the disease, so the financial burden was limited.  In the case of Aduhelm, however, patients receiving the drug would require it indefinitely, as it is not designed to cure the disease, only to slow its progression.

In terms of Congress’ failure to act, it is very difficult to get legislation passed on almost anything these days.  Moreover, this case raises the general tension between providing maximum financial incentives to drug companies to invest in innovative products and providing reasonably-priced drugs to the public.

My view is that the system is tilted too far toward providing unlimited incentives to the drug companies.  Medicare already faces substantial future cost pressures as the population ages, even without sky-high prices for drugs that could potentially be used by millions of beneficiaries, requiring huge premium increases and co-payments.

Setting Aduhelm and Medicare in a wider context: As a nation, in general, how effectively has the U.S. anticipated and acted upon retirement/aging issues—better than we might think, or worse?  Are there some factors that are simply beyond our control to manage?

The short answer is that while we have done some things right, our retirement system is in much worse shape than it should be.

On the plus side, we have Social Security, Medicare, and Medicaid, which together keep millions of retirees out of poverty and provide reasonably good health insurance coverage for most people, two key ingredients for enjoying a financially secure retirement.  However, these programs face significant funding challenges as the population ages.

One area where we could do much better is providing easy access to workplace-based retirement savings plans.  At any given time, only about half of the workforce is covered by a plan and many people move in and out of coverage over their careers, ending up at retirement with insufficient financial resources to maintain their standard of living.  Here, an easy answer is available:  Require all employers who do not offer a plan to simply participate in a national auto-IRA plan that would require them only to automatically enroll their workers in the plan, with no contributions by the employer.

An additional way that government could help, at the state level, is to set up property tax deferral programs that allow most senior homeowners to easily defer their property taxes, freeing up funds to support either occasional large expenditures or day-to-day needs throughout retirement.

For more on the Center for Retirement Research at Boston College and their publications, visit their website.