Sarah Palin and the First Amendment: What happens next?

On February 15, a jury found that The New York Times did not defame Sarah Palin in a 2017 editorial. This occurred the day after the federal judge presiding over the case said he would dismiss the former Alaska governor’s libel lawsuit regardless of what the jury ultimately decided.

Palin had sued The Times and its former editorial page editor, James Bennet, over an editorial that falsely linked her to a 2011 mass shooting that killed six people and severely injured Democratic congresswoman Gabrielle Giffords.  The Times later issued a correction, stating that “no such link was established” between Palin and the shooting, and during subsequent testimony at an evidentiary hearing, Bennet clarified that the editorial was meant to critique heated political rhetoric, not to blame Palin for the attack on Giffords and the others.

Supreme Court precedent in the 1964 case New York Times Co. v. Sullivan shields journalists from liability over honest mistakes made when covering public officials or figures like Palin. The so-called "actual malice" standard means reporters are only liable for defamation if they knew the statement was false when they published it or if they had a reckless disregard for its falsity.

First Amendment scholars, including Boston College Law School Professor Kent Greenfield, closely watched Palin’s suit, the first libel case against The Times to go to trial in the United States in 18 years. Greenfield spoke about the implications of the Palin case and what it may portend for the future in a Q&A with the Boston College Chronicle. 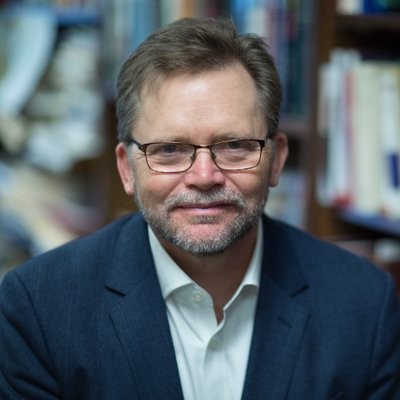 Palin is expected to continue her fight, but given that the judge and jury sided with The Times, her appeal has been characterized as an “uphill battle.” What different strategies and/or new evidence would her legal team need to introduce to succeed in the court of appeals?

Ironically, a loss may have been exactly what Palin was going for. The judge and jury almost certainly got the result correct under the protective standard of Sullivan, which protects reporting about public figures unless journalists are reckless or intentionally wrong in their reporting.  But judges and scholars are increasingly questioning whether Sullivan’s standard is too protective, and Palin could not have appealed a victory. She needed a loss in order to appeal up the chain of the courts, with hope of getting to the Supreme Court.

If she were to make it to the Supreme Court, how would you characterize Palin’s chances?

At least two of the current justices, Clarence Thomas and Neil Gorsuch, have indicated that they believe Sullivan should be overturned. Their point is that with the expansion of modern news, Sullivan is too protective of falsehood. I am not sure, however, where Palin could find three more votes to reverse Sullivan. One vulnerable aspect of the law is that the protective standard applies to reporting about any public figure, even those who do not intentionally thrust themselves into the public eye. (Justice Elena Kagan even made such a point in a law review article before she was on the court.) That is not Palin. I think the chance of overturning, or limiting Sullivan is higher in a case in which the plaintiff is more of an I-just-got-caught-up-in-a-public-controversy kind of person.

Some observers and commentators have expressed concern that any Supreme Court change to the Sullivan precedent would have significant detrimental effects on press freedoms.  How would you characterize those prospective changes and their respective impact?

Compared to other modern democracies, our standards for libel are much more protective of journalists. There is little doubt that when Sullivan was decided, it was a crucial decision that led to a robust, vibrant journalistic culture. One prominent First Amendment scholar said at the time that Sullivan was “occasion for dancing in the streets.” But also true is that the Sullivan standard does not deter carelessness—only recklessness or worse—on the part of journalists. When I teach Sullivan, my students and I discuss how a legal rule that under-deters carelessness will increase the amount of carelessness in the system. And more carelessness leads to more falsehoods. In the end, it comes down to a choice between (1) a legal framework that protects journalists at the cost of more falsehoods or (2) a framework that restricts journalists but has fewer falsehoods.

Critics of the outcome have cited that there were no repercussions for James Bennet, who wrongly accused Palin of inciting the murders of six people, and his false accusation was then widely distributed through the paper’s multiple channels. Why should Sullivan allow this to happen without any penalties for the author?  Are the protections for journalists afforded by Sullivan too broad and do they need to be revised?

I am of the mind that a good amount of our free speech jurisprudence could use some updating. We in the United States have more protections of speech than any other country at any time in history. I would, for example, rethink the level of constitutional protections provided for corporate speakers, for campaign expenditures, and for violent or injurious speech, among other things. And I do think that reasonable people can disagree about the proper level of protection afforded journalists, especially since “journalists” now include everyone from reporters at The New York Times to social media influencers on TikTok. We live in a world created in part by Sullivan: a vibrant, pulsing world of news and commentary bombarding us constantly—much of which contains falsehoods.