As the United States Supreme Court confirmation process ramps up toward a selection and public hearings to replace retiring Associate Justice Stephen G. Breyer, President Biden has tapped former Alabama Senator Doug Jones, the current Jerome Lyle Rappaport Distinguished Visiting Professor at Boston College Law School, to guide Biden’s pick through the rough-and-tumble public airing of the candidate’s judicial record and personal life. The so-called Senate “sherpa”—so named for the Tibetan mountaineers well known for their ability to navigate across hazardous terrain—Jones, a Democrat, served in the Senate from 2018 to 2021, and was characterized by Sen. Ron Wyden (D-Ore.) as “an individual who is well thought of on both sides of the aisle.”  As U.S. Attorney for the Northern District of Alabama, Jones successfully prosecuted the 1963 Birmingham church bombing case.

Phil Gloudemans of the Boston College Chronicle posed some questions to Jones prior to the launch of the confirmation process.

What was your reaction when the White House asked you to serve as the guide for President Biden’s Supreme Court nominee during the Senate confirmation process?  Did you have any forewarning that the request was in the offing?

I was of course both flattered and honored.  I have known the president for a long time and to be asked to serve in such a position, especially this one with such historic implications, is quite humbling.  All of this happened quite quickly following Justice Breyer’s announcement that he was resigning, so I had little forewarning.

Are you comfortable with the term “sherpa,” which has been used to describe your role in navigating what The New York Times has characterized as a “treacherous path”?  Is there a better, more accurate term to describe the role?

I realize that the term has been criticized by some, but it has been used in Washington for many years and not just for Supreme Court nominees.  Generally, all major executive branch nominees have one or more guides during their confirmation process.  I certainly hope that the nominee’s path to confirmation is not one that is “treacherous.” 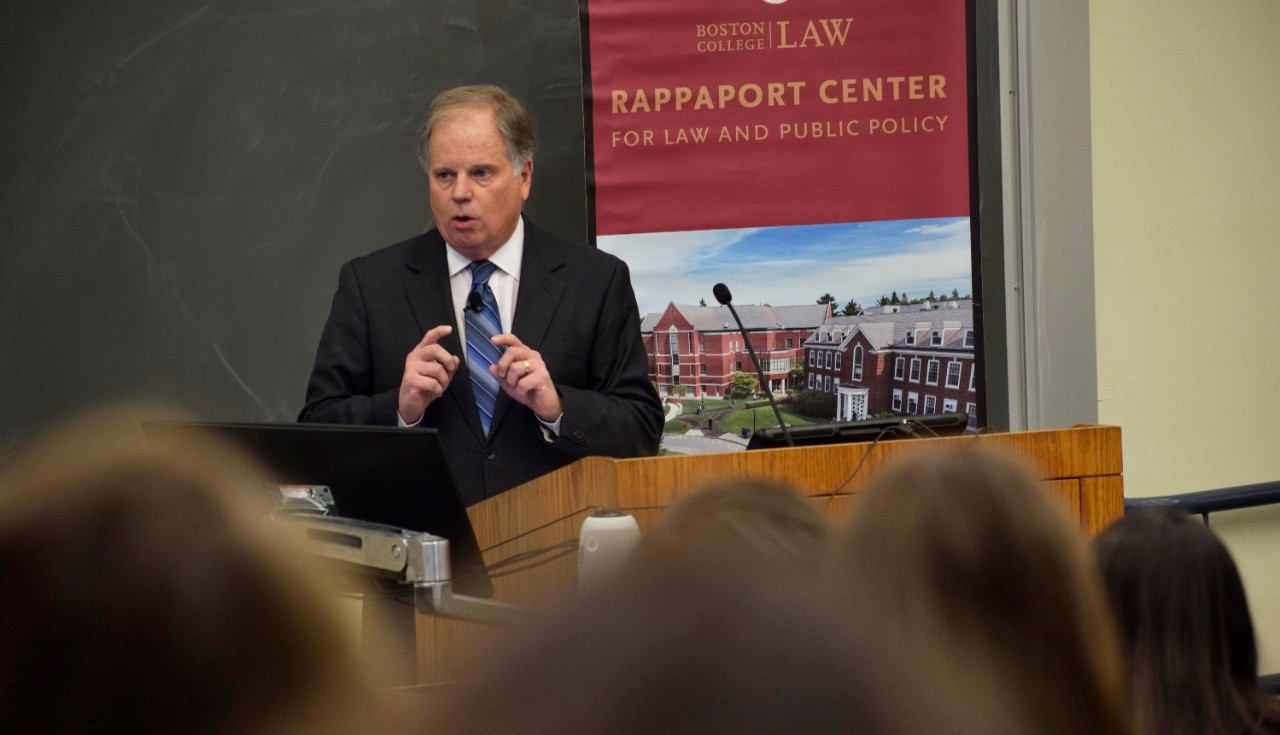 During your January 25 Rappaport Center for Law and Public Policy community address, you stated that “the greatest threat to the ideas that created this country is coming from within, from the very deep divisions we see in Americans that are only growing deeper,” but the best way forward is through dialogues instead of monologues.  Would you expand on ways that leaders and the citizenry could begin to talk more collaboratively and reduce the divisiveness that exists today?

First of all, it is important that our political leaders not view every issue, every policy, as one driven by the advancement of political power for themselves or the loss of power by someone else.  Our elected officials are there to serve, not to just get re-elected.  But citizens also play an important role by demanding that service, not just political outcomes. The best way to make this happen is for folks to follow the advice of Atticus Finch, the fictional lawyer in To Kill a Mockingbird, and walk around in another person’s skin and see things from their point of view.

Critics of the U.S. Senate contend that for many years, the chamber has not been a field of fair democratic play; that it’s paralyzed by its own internal rules and insulated from the popular will by a 230-year-old formula for unequal representation. Are those criticisms accurate?   Will your BC Law seminar, “The U.S. Senate Today: How It Works; Why It Doesn’t,” address these challenges?

I am not convinced that it is the 230-year-old formula where all states get two senators as it is the rules of the Senate that have evolved over time.  The Senate rarely engages in the kind of dramatic debates we have seen in the past. Floor speeches are essentially political speeches, not debates.  It is absurd in my view that the filibuster rule is now so perfunctory that 60 votes are required for passage of almost every piece of legislation.  My view is that we can and should make the Senate more productive, produce more collaboration, and return the Senate to its original form as “The world’s most deliberative body.”

And yes, we will examine all of this in class.

You’ll be speaking on February 28 about the 1963 Birmingham church bombing, which took the lives of four girls. What did resolving this case after so many years mean to you, professionally and personally?

Everything. It is just that simple. It is difficult to put into words but it changes you as a person and as a lawyer by deepening your commitment to equality and to the fundamental rights and dignity of all people.


Jones’ lecture, “Justice Delayed, Not Justice Denied: The Prosecutions of the 16th Street Baptist Church Bombing,” will take place on February 28 at 3 p.m. in East Wing 115B on Newton Campus. To attend in person, register here. To register for the webinar of the event, click here.