A new fellowship program in the Political Science Department will support doctoral students of outstanding promise as they study and teach foundational aspects of political theory and American government.

The GAANN grants, according to the D.O.E, assist students with excellent records and demonstrated financial need who plan to pursue graduate degrees in a field designated as an “area of national need.” These areas include foundations of Western Civilization, American political development, American history and institutions, the American founding, and contitutional law, all of which will be addressed through the Boston College GAANN Fellows’ project. 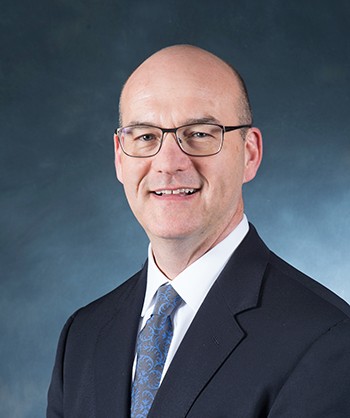 “We hope to produce well-informed, articulate scholars deeply versed in the history of democratic republicanism, ancient and modern,” said Behrakis Professor in Hellenic Political Studies Robert Bartlett, the program administrator, “and who through teaching and scholarship will do their part to foster a more informed, more thoughtful citizenry.”

The GAANN Fellows will focus on the foundations of republicanism, with particular attention to the debates that surrounded the writing of the American constitution and the broader philosophical questions or controversies that inform the constitution, as regards both its historical origins and present-day interpretation. The project’s scope reflects BC’s strengths in the history of political philosophy—from Greek political thought to the early modern period to contemporary liberalism—American political thought, American political development, institutions, and constitutional law, said Bartlett.

“Our fellows will address, in their coursework and especially in their dissertations, some facet of the theoretical foundations of democratic or republican government, the arguments originally adduced in support of it, and some of the challenges both theoretical and practical such a government and way of life face today.”

The department’s already competitive doctoral student program—which typically has 150 applicants for five slots a year—will be enriched by the presence of the GAANN Fellows, who meet very high standards for admission, added Bartlett.

“In keeping with BC’s commitment to an outstanding and diverse student body, we are also particularly interested in encouraging students who, for financial or other reasons, might not have been able to attend graduate school or would not have considered doing so.”